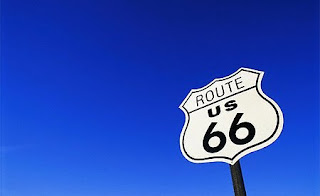 I've been thinking about the term "icon" lately. It seems that the word is bandied about a lot in the Route 66 community. People ask for lists of Route 66 "icons". Certain people, places, and things tend to land on the icon list consistently. People want to visit the "icons of Route 66". It was when I heard myself being referred to as an icon a couple of times lately that I started questioning the true intent of those who use the word. So, I decided to do some research.

After mentioning the original Greek root of the word, Wikipedia goes on to say ". . . icon is also used, particularly in modern culture, in the general sense of symbol — i.e. a name, face, picture, edifice or even a person readily recognized as having some well-known significance or embodying certain qualities: one thing, an image or depiction, that represents something else of greater significance through literal or figurative meaning, usually associated with religious, cultural, political, or economic standing." Another lexicon calls it "an important and enduring symbol". Yet another defines "icon" as "an object of uncritical devotion".
The more I delved into the origins of the word, the more disturbed I became. Is "uncritical devotion" a good thing? I'm not sure having "icons" is good for Route 66. For instance, although I've studied Route 66 and collected memorabilia from Route 66 since childhood, I've only been around a scant 10 years to actively make a difference in the preservation and restoration of the Road. Nobody should be considered an icon after such a short time, having made such a relatively insignificant dent in all that needs to be done to truly promote our highway. The appelation of "icon", as it refers to people, should be earned. As it refers to things (i.e. places along Route 66) it should only be given to sites that have stood the test of time. New places and new people should be honored and loved for themselves and for their part in revitalizing the Road, but I hardly think they are iconic in the true sense of the word right off the bat. An icon must have "enduring significance". Looking to the past is what brings the majority of visitors to Route 66. Looking toward the future is what will restore Route 66 to it's former glory. I say we should all strive to someday be icons of the Road, but there are only a few who have earned the honor thus far.
Here's one of the things that has caused me to think about icons. Jim Hinckley is beginning a huge project -- producing a comprehensive Route 66 Encyclopedia. He has asked for suggestions for entries in his volume, and I can see how that could open a big can of worms. I have to admire Jim for taking on such a project, as the book could run upwards of 1000 pages if every interesting person, place, or thing on our fabulous Road is listed and defined. And yet, he'll no doubt have hell to pay if he leaves something out. Jim is an impressive researcher and writer, so I feel certain that the Encyclopedia will be a work of art, but I personally hope that he will be able to feature some of the little-known spots on the Road -- tomorrow's icons -- along with the people and places we all know and love. Best of luck on this big undertaking, Jim!
That's enough ranting for one day. Tomorrow and Sunday I'll be back at Afton Station hoping to see some of you there. 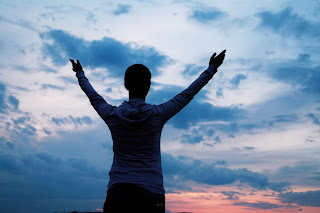 This is the age of "instant classics."
You say that, after just 10 years, you feel you don't deserve the title "icon". Perhaps you're right. But, the modern Route 66 movement is only about 20 years old. So, "icons" like Bob Waldmire and Angel Degadillo would be few and far between.
Perhaps you're not yet worthy to be named with them. But, I think one day you will be. You're doing something very constructive for The Road; running a museum and trying to revive a small town.