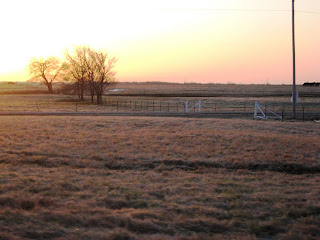 This will be another quick post. One of my visitors at Afton Station today was Gordon Radford, my new photographer friend (the one who does the awesome postcards, available at www.handcolored66.com) (Shameless promotion of a nice guy with talent!) Anyway, he's due here at my house shortly and we're going out on a photo prowl of Tulsa, but not until he gets to sample my bottle of Red Chile wine. I will drive so he can do the sampling, of course.

Gordon has been tent camping across Route 66, and plans to make it all the way to California. I hope his marketing trip is a big success. Route 66 can use some new postcards, and his are beautiful. 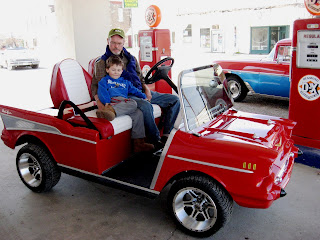