Welcome to Part 2 of yesterday's blog posting. Now, where was I? Oh yes, first of all I must show you two absolutely spectacular, fantastic, awesome photos that were given to me yesterday. If you'll remember from last weekend, the original owner of the Eagle Service Station (now Afton Station) surprised me with a visit. If that wasn't thrilling enough, he returned yesterday and brought me these two photos of the Station in 1949. What treasure! 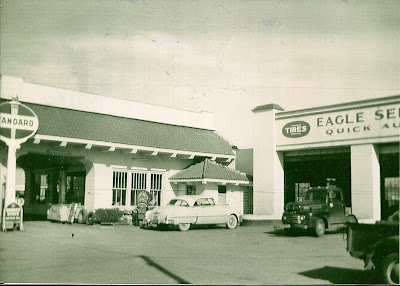 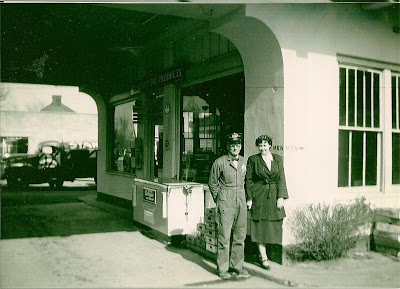 One particularly interesting one is that Roy Rogers and Dale Evans stopped there once. Dale used the restroom!
_________________
The reason I was so late closing up the Station yesterday is that I had a couple of motorcycle groups come in right at closing. And then, with all those motorcycles parked out front, others stopped, too. I loved it!
Here's part of the motorcycle group from Hungary that stopped by late in the day. (Chalk up another country for Afton Station!) They rented Harleys in Chicago for the trip. In the "You Learn Something New Every Day" department: I saw the flags on their motorcycles and thought they were from Italy. They quickly corrected me and advised me that the Hungarian flag is just like the Italian flag, only upside down! 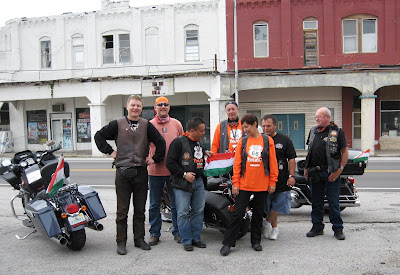 This is the Packard family of Oklahoma City. Yep, Mr. and Mrs. Packard and their little girl. He is distantly related to the Packards who founded Packard Motor Car Company in 1899, so of course I had to take their picture below our big Packard sign. 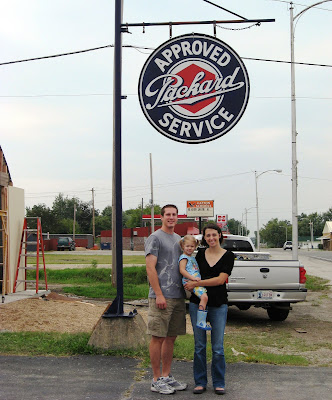 This gorgeous baby blue '57 T-bird belongs to a visiting family from Appleton, Wisconsin who were enjoying the thrill of doing Route 66 in a '57 car. Since we did the same thing in 1997, we were able to compare experiences. The most fun is getting attention at every stop along the way. 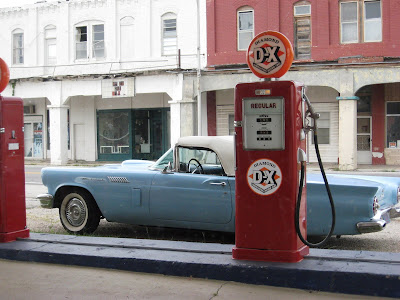 Three happy folks from Paris, France came in as I was turning off the lights. They're riding motorcycles across Route 66. 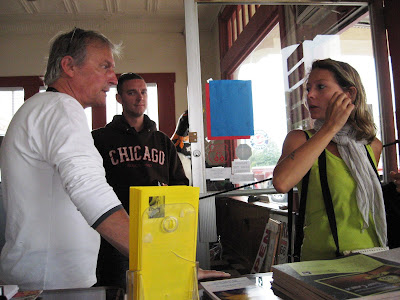 I had time to snap a few pictures of "Big Ugly" as I was leaving the Station. The guys worked hard all day, and it's coming along. Even bigger, still ugly. :-) 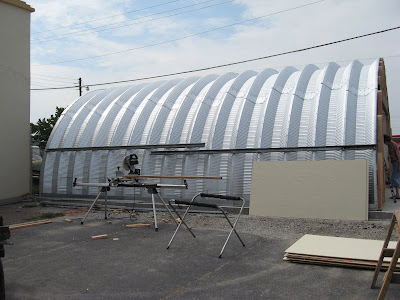 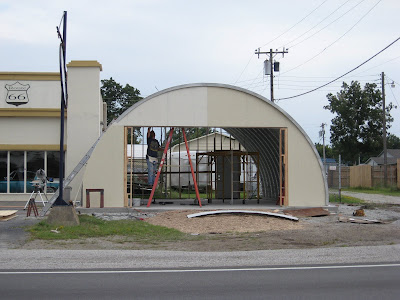 What a great day! I'm so thrilled for you that the kind gentleman gave you those photos. Those are indeed a treasure! Hugs, Beth