I'm often asked how I can endure the 160-mile round trip to and from Afton four days a week. My answer is this: The problem with all the jobs I've held in the past, both paid and volunteer, was that they didn't involve a 160-mile round trip! My long-held and heartfelt belief that it's the journey, not the destination, that truly fills the soul is brought home to me every day as I drive back and forth to Afton. I really never get tired of the feel of the steering wheel in my hand and the ever-changing sights I see out the window. How many times have I said, right here on this blog, that I'm tempted to drive right past the Station and just keep going? It's not that I don't love Afton Station and my visitors, but I confess that the open road will always be my first love.
That being said, I didn't have a wonderful drive home this evening. It was raining so hard at one point that lack of visibility made me pull over into a convenience store parking lot in Chelsea. The whole world had done the same thing, but I managed to find the last spot and slid the car in, waited about 5 minutes until the rain slowed then went on my way again, driving through some prodigious puddles! No harm done, but a little tense there for a while.
There were 16 visitors today, and they hailed from Wichita KS, Winter Haven FL, Atlanta GA, Rollling Meadows IL, and Grove, Bartlesville, and Narcissa OK. My very special Guest of Honor today was the "Route 66 Roadologist", Jeff Meyer from Illinois, one of the pioneers of modern Route 66 travel. He started studying Route 66, collecting Route 66 memorabilia, and traveling the Mother Road extensively over 20 years ago, so of course he's a friend of all of us who are "old timers" on the road, too. Jeff is a human grapevine who knows everything about everybody, and since he was returning from a Route 66 trip to Texas, he was full of news and gossip from all of our mutual friends between here and there. Jeff stayed for about 90 minutes, after which he was headed back to Illinois, slowly. 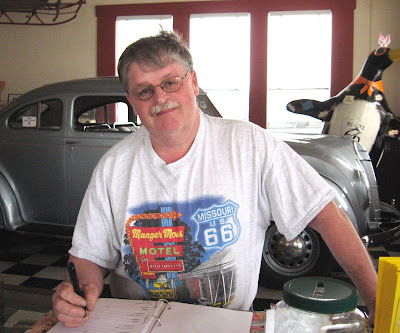 The search for before-and-after pictures of Afton for our slide show goes on. Betty figured this one out. It's a residential road ~ Reed St. ~ and it's somewhat unusual to find three rather large house in a row still standing in Afton, much less the very same houses that are pictured on a 1908 postcard. A great score! Since Ron is going on a two week vacation and he's the one who will be putting the slide show online after I assemble all the material, it will be a while before the grand premiere. But it's coming. 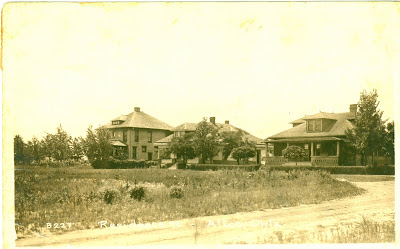 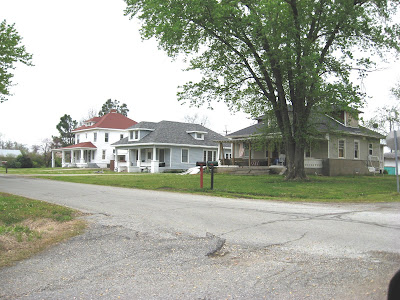 There are certain discoveries that instantly and strongly sadden me. "Town in Tar Creek Said To Be Near Closing" was the headline in this morning's Tulsa World. You will recall Tar Creek from my previous posts about the area on Route 66 not far from Afton which is a Federal Superfund site due to lead poisoning from past mining operations there. Within that region, there are two small towns, Picher and Cardin. Picher was nearly destroyed by a tornado last year (as if they didn't have enough trouble). Now the population of Cardin is down to 7 residents, and public services will be turned off next month. The EPA is buying out the residents one by one. So far, 537 buyout proposals have been accepted. It's good that the citizens have this way out, I guess. But Cardin was a town, a place where people lived and died and worked and played. A "home" town. I remember it being a real town as little as 5 years ago, and now it will no longer exist. Will that become Afton's fate? The cycle of life. And yet, still sad. 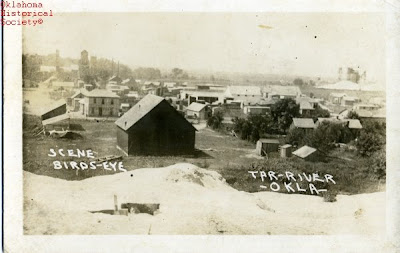 Great "then and now" pictures of the homes!

Very sad about Tar Creek, Picher, and Cardin. I suppose it IS the cycle of life, but it doesn't mean that we don't mourn the loss of these communities.

The Road is your first love. Yeah. I've long thought that I would love to have the late, great Charles Kuralt's old job. Imagine traveling the country, meeting interesting people, seeing interesting small towns, and getting PAID for it!