This is my report from the first two days of my first-ever six-days-in-a-row stretch at Afton Station. Compared to today (Friday), yesterday was a walk in the park. But both days were really interesting, and frankly I'm surprised I have the strength to push the keys tonight to write this blog. But, here goes. . .

THURSDAY
Thursday was low on visitors but big on fun. Betty B. helped out in the morning and Betty W. helped in the afternoon. Marly was also around getting cars and premises ready for Friday's big crowd. Visitors came from Dallas TX, St. John AZ, Tulsa OK, Springfield MO, and Perugia Italy. Here are the travelers from Perugia. 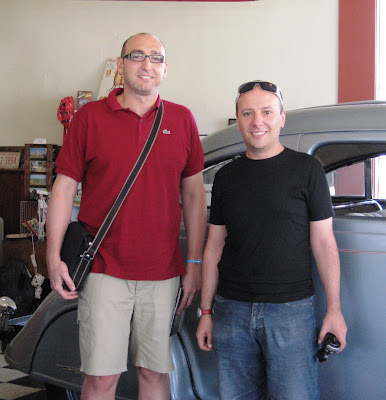 Well. . . today was certainly packed with people and pandemonium! We had one of our biggest days EVER, with a whopping 76 visitors (or possibly more, since I started to lose count part way through the day). Thank goodness for Marly, Ron M. and Tattoo, who all helped out. Marly was there bright and early, cleaned all the cars, and put some outside in preparation for a big group of Australian tourists who were coming later, complete with a film crew making a 5-part documentary on Route 66 with emphasis on vintage automobiles. 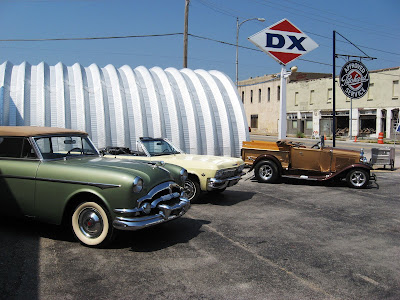 Ron M. mopped floors, cleaned and did myriad much-needed chores around the Station. He is so helpful and such a self-starter. Remember, the temperature was about 104 outdoors, and the air conditioner was barely keeping up. I don't know what I'd do without him.


Prior to the Aussies arrival, we had a parade of other visitors. This interesting woman, Cynthia Fleming from Lenoir City, TN is a professor of history at the University of Tennessee and specializes in Automotive History. She is also a major Packard buff, and has recently built herself a 6-car garage to house her existing vintage cars and those Packards she hopes to acquire in the future. It was wonderful to watch her enthusiassm for our cars. She even showed an interest in buying one of ours. 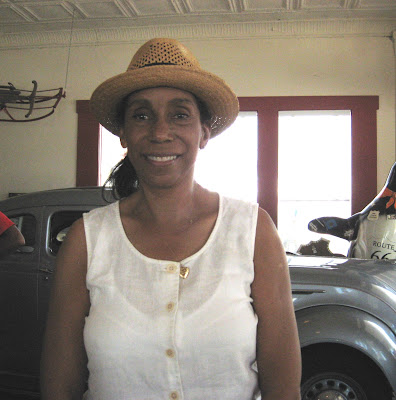 David came in and brought our old dear friend Jim Griffin from Texas and his wife and stepdaughter who are visiting for the weekend. He also brought the beautiful '55 Packard to display in front of the Station today.

Five gentlemen from the upcoming Mother Road 100 Ultramarathon, for which we have signed up to be a sponsoring way station, came to visit on their way to filming the entire route and setting up some more sponsorships. These were some very enthusiastic guys, and I look forward to working with them in the future. Mother Road 100.3 The 100-mile ultra will be held in November.

Finally, the Australian tour arrived. I've met their leader, Dale Butel, before on a previous tour, and I really enjoy him. He had 31 folks with him on this tour, and they'd all rented Mustang Convertibles. Although it was a little hot for tops down, they were still having a jolly good time. Dale is quite the expert on Route 66 and I'm sure he delivers a great tour. I find that Aussies are some of the most fun-loving, happy people who come to visit. This group was no exception. 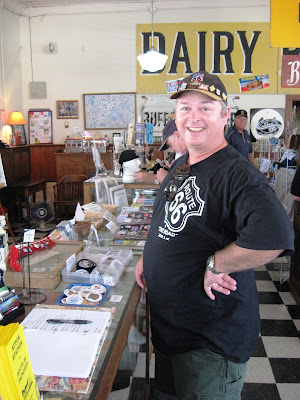 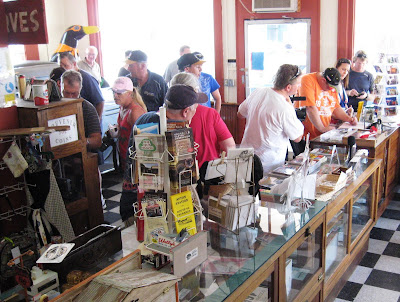 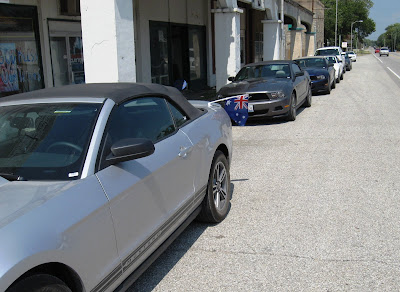 Part of the Mustang lineup


Traveling with the tour was Mark "Fletch" Fletcher, who has a TV show in Australia that centers on travel and vintage cars. FLETCH Apparently he is quite well-known in Australia, and the documentary he's filming on this trip should prove to be amazing. Fletch interviewed me, and I must say I highly approve of his interview style, because I was less nervous than I've ever been with a microphone in my face. I actually enjoyed it. Here is the interview in progress. 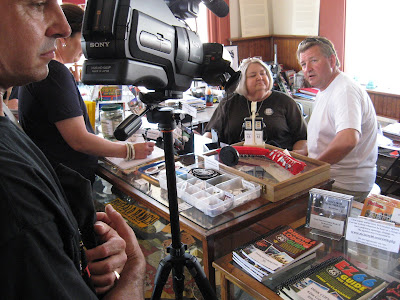 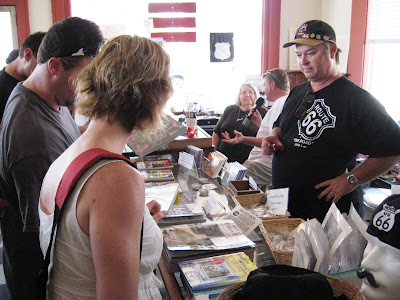 After the interview came the fun part for Fletch, his sound man, and a couple of other people in the group who took a ride in the '55 Packard while video was shot from the car. While this was happening, Tattoo Man took a few folks for a ride in his '56 Chevy. A good time was had by all! 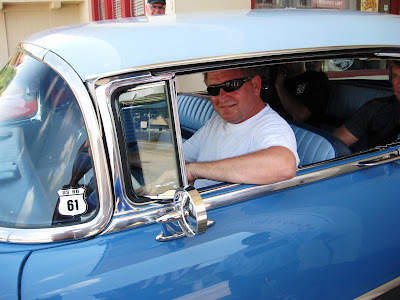 Fletch takes a turn at the wheel 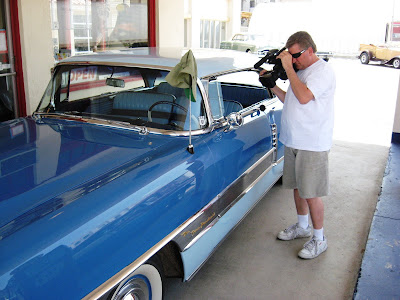 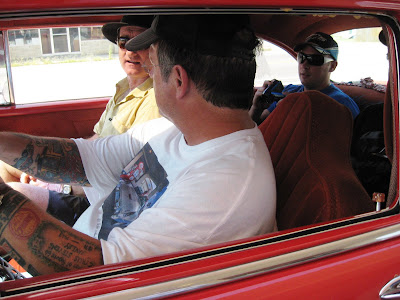 We got home late, but will be on the road early in the morning for another day at Afton Station. I hope it will be as busy and rewarding as this one!
Posted by Laurel at 6:36 PM

Sound like an exciting day! And you were on TV, too! If you ever see Jeanne Tripplehorne again, tell her to watch out!