Today's sunrise was so pretty that I had to stop twice to admire it. 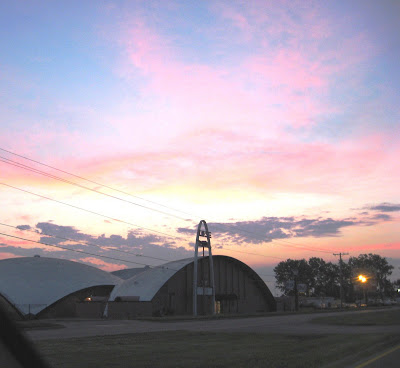 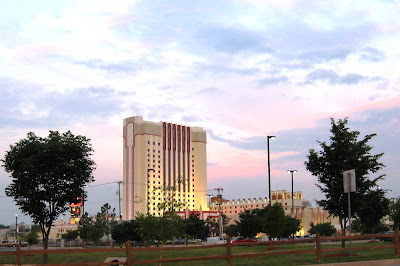 A little later -- sunrise reflecting on the Hard Rock Casino and Hotel, Catoosa Route 66
David arrived at Afton Station early and took away the finished Citroen 2CV. He leaves tomorrow to take it to the Concours d'Elegance in Greenwich, CT. Here 'tis, with it's proud owner. Greenwich Concours d ' Elegance 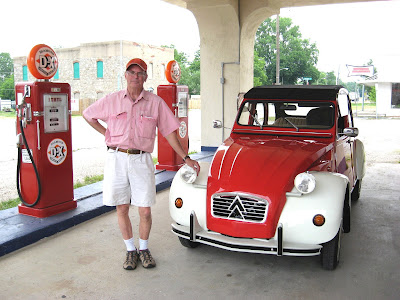 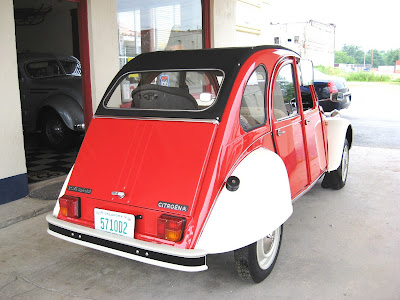 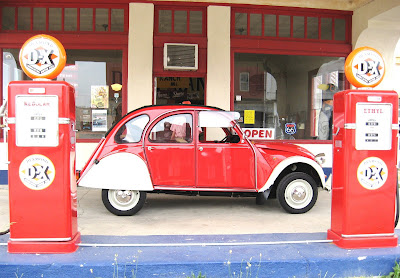 My day was made joyful by Betty, who arrived early and kept me company all day. She's always a well of knowledge about the people and places around here. We learned a lot from our guests today, too. Three guys from Miami, OK came in during a break from framing out a new house here in Afton. A new house being built in Afton?? Really? Sure enough! I went to check it out on my way home and took this picture. It's right next to the school, and the guys said the new owner is moving from out of town. We were in shock. Could Afton be making a comeback? 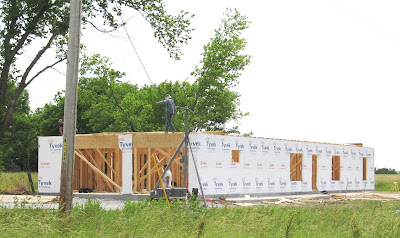 A trucker from Arkansas was originally from Detroit, and he told me he has a photo of his mother in front of the old Packard plant when she worked there during WW II. He's going to send me a print! I'm very happy!

A visiting sign maker from Grove verified that renting a billboard on the Interstate to advertise Afton Station would be ridiculously expensive. I love the idea, but I knew the answer even before he told me. He also told me about the red tape necessary to erect a billboard on that right-of-way, so I gave up on that pipe dream. I guess I'll stop fantasizing about luring folks off the Interstate and continue to concentrate on those folks that prefer the back roads. They're more fun, anyway.

There were also visitors from Shadyside OH, Galena KS, and right here in Afton, 14 in all. And then, as I was getting ready to leave, a couple stopped in on their way home to Stillwater OK from a visit to the husband's mother in Lexington, KY. Well.... when I heard that, of course I had to ask about his Lexington connection, and it turns out we went to the same high school in Lexington and we both went to the University of Kentucky! He's a bit older, but even so, we were able to do some reminiscing. Although I didn't know him then, we established that he lived fairly near me, and we had mutual memories of several teachers. I love it when that happens! Another great day.

Hey, the Citroen turned out great! Very handsome. Glad to hear it was another good day at Afton. Maybe someone subscribes to "If you build it, they will come...."

But, why didn't you build it to look like the one James Bond drove in "For Your Eyes Only"? I would have brought one of my guns to supply the bullet holes for you.