As you may recall, I was trying to get in touch with the photographer, Richard Kinler, whose photo of the reflections in Afton Station's window was chosen to be featured in Shutterbug Magazine. The magazine was kind enough to put him in touch with me, and we've communicated. He sent along another image that he took on that same day. I'm very impressed with this one, too. He also pointed me toward his website, which contains some very creative Route 66 photos. www.pbase.com/redentas/route_66 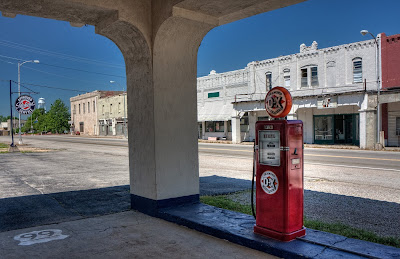 Spring is in the air! A couple daffodils have popped up among my hearty pansies, which have survived this rough winter with flying colors. I just hope the poor little pansies don't have to endure another round of snow and ice. Let there be Spring! 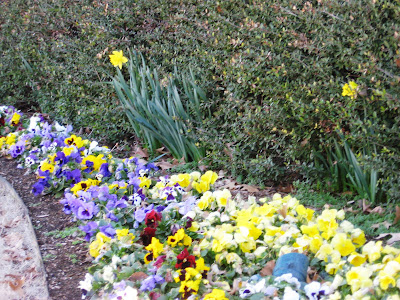