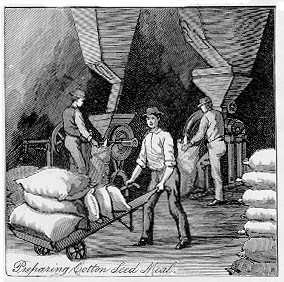 Except for spending 3 years in the '70s raising sheep and chickens on a 4-acre "farmlet", I'm pretty much of a city slicker. But I'm also ravenously interested in everything rural, including speech patterns, customs, etc. In this respect, being at Afton Station out here in the ranching boonies has opened my eyes a lot. Occasionally, a visitor says something to me that has me thinking, "Never in my life would I have anticipated hearing a statement like that!" The other day I was told, "Over at the feed mill there's an old cotton seed cleaner you might could have if you want it." Admittedly, I didn't jump at the offer since I don't have the slightest idea of what it looks like. Plus, I don't have any dirty cotton seeds. I'm just telling you this because it was an offer I would never expect to receive, and for some perverse reason it made me feel like part of the rural scene, in the same way a farmer from Afton would feel if he was walking down the street in New York City and someone asked him for directions. Know what I mean?

Since then, I Googled "cotton seed cleaner" and found this. I believe, however, that the gentleman was talking about an antique one, not this modern marvel. He said that cotton wasn't actually grown around Afton, but that the seed would be dropped off by train at the feed mill where it was cleaned. You learn something new every single day. 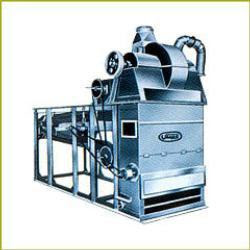