A day of gifts

A day of gifts on Route 66 ! The weather itself was a gift -- sunny, balmy but not hot, a great day to be outside. So, that's what we did. Ron and I sat outdoors as much as possible, but a steady stream of visitors prevented us from basking in the greatness of the day for very many uninterrupted periods.

We had 37 visitors, and they came from everywhere. Our only foreign visitors were from Denmark, but we also visited with folks from Cookville TN, Amarillo TX, St. Louis MO, Golden CO, Louisberg KS, Springfield MO. Betty came and brought a gift of some corn from her friend's garden for Ron and me. (I just ate some, and it's mighty good.)

A large family group came in -- five little kids and three adults (3 generations). The kids all got a kick out of the penny smashing machine. They're staying at Grand Lake with other relatives , a total of 34 people in the house this week, 11 of them kids! Yikes! As a person with virtually NO family, I thought that sounded both incredibly scary and lots of fun! 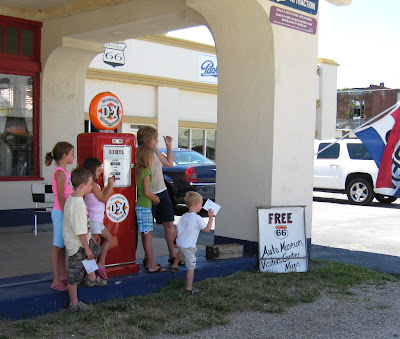 A wonderful gentleman named David Eames came to Afton Station this afternoon with his two sons, and handed me one of the most lovely gifts I've received in ages, and surely THE best I've ever received from someone I don't really know. He said he just wanted to give it to me because he knew and respected my work here at Afton. Here's a picture of David and his sons, and here's the beautiful metal sculpture he made himself, which will soon be hanging in a window of Afton Station. Frankly, I really felt honored that Mr. Eames would gift me without knowing me. Some of his work can be seen here: Fossil Forge - Fossil Forge 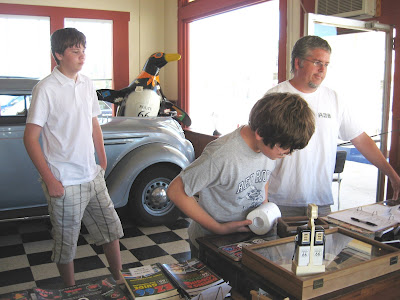 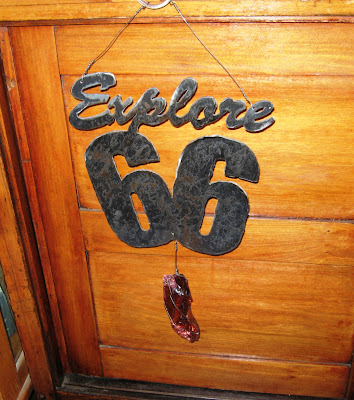 This is a rather abbreviated blog entry today, but I have much to do, and next week will be kind of crazy, too. Meanwhile, here's a picture of today's sunrise. 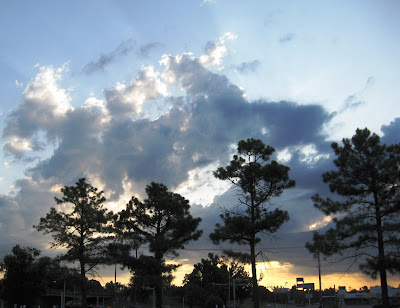