At the Auto Show

I worked the Mercedes Benz Club booth at the Tulsa International Auto Show yesterday, just as I did last year. I also made the "decorations" for the space last year and this year although I must say, with some shame, that I didn't put much effort into it this year. The theme this year was Route 66, so we used Burma Shave signs and shields on the cars to identify them.
In light of the current state of the auto industry, I was eager to see what would be the impact on the '09 car show. Our club was given a larger booth than usual, so we speculated that perhaps there wasn't going to be as much participation by the big car companies. Generally, the car clubs are given the "leftover" space after the biggies block out their areas. As it turns out, although there were somewhat fewer cars than last year, the place still seemed relatively full and prosperous, and the Big Three, as well as all the other manufacturers, were represented. And... Chrysler, Dodge, and Jeep all exhibited concept cars, which was somewhat surprising to me. Since it was opening day of the show, we didn't expect many visitors, but we were pleasantly surprised that the walk-in attendance appeared to be as good as, if not better than, last year. I don't know if that will continue through the weekend, however.
Here are a few pictures of our booth. All the vintage cars belong to members of our Owners' Club. 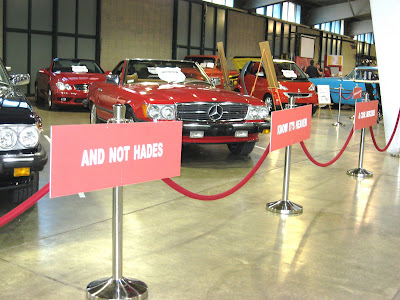 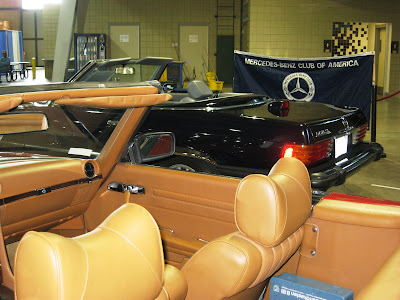 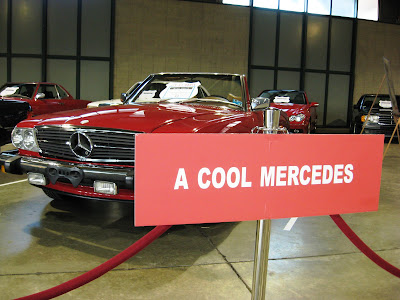 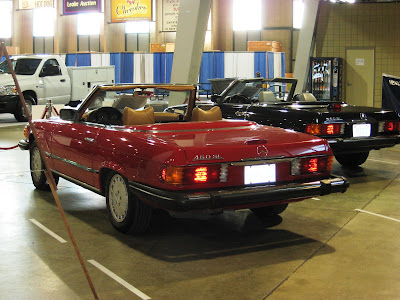 Here's a Jeep Renegade concept car. Yes, those are holes in the doors. It's a "green" car, according to the spiel being given by the Jeep rep in the booth. 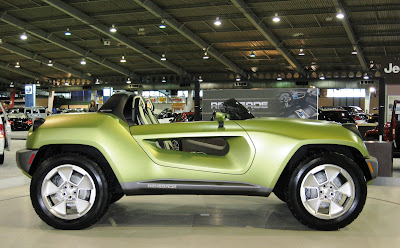 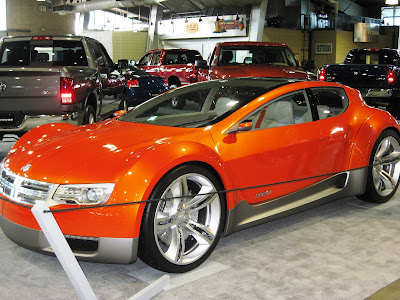 And, here's the Chrysler Nassau concept. All of these cars can be seen at their manufacturer's websites. 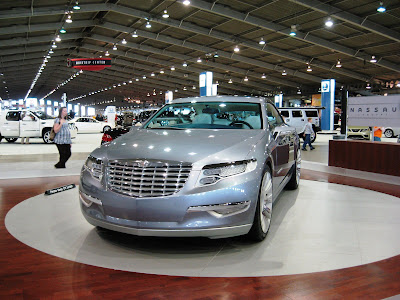 Finally, here's a purple Smart. We have plenty of Smart Cars around here, but this is the first purple one I've seen. 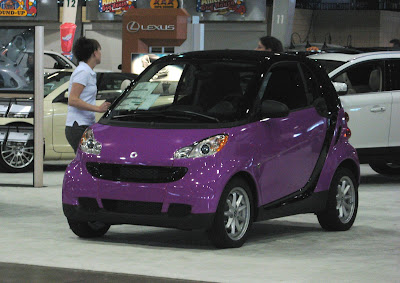 I'll be in Afton tomorrow, and we're expecting a visit from a pretty large cruising club, so you might have to sit through some more car pictures tomorrow. They'll undoubtedly be much different from these, however. :-)
Posted by Laurel at 2:09 PM

I don't think the American auto industry is dead...I think it's just going through a forced metamorphosis. Glad to hear it was well-attended.

And that's one of the reasons I love Ford. :)

I'm more of a GM guy. But, I just like the American brands in General (pun intended). I presently own a 2000 Chevy Silverado with almost 145,000 miles and it stills runs great. We also have a 2004 Chrysler Sebring with nearly 60,000 miles that just brought us home from a trip to Fort Smith, AR. It runs great.

There's nothing wrong with American cars!

I went to the Oklahoma City Auto Show. There were some great cars there. I especially liked the new Camaro, and the new Dodge Challenger. There was an Eleanor Mustang there that looked terrific, too.