Motorcycles, Abstinence, and a King Midget

It was a kind of crazy day at Afton Station today. Once again, my theory of having very few visitors in the winter was shot to hell. There were 13 today, and that doesn't count several who just stopped and looked in the window but chose not to come in.
It was a joy to find Marly and Luis working hard on reroofing the two bathroom wings, which both leaked. They removed the orange "tiles", saved them, and re-waterproofed and insulated each roof. They worked all day, but probably won't put the tiles back on until tomorrow. This needed to be done before the big rains which are predicted for tomorrow and Monday roll in. 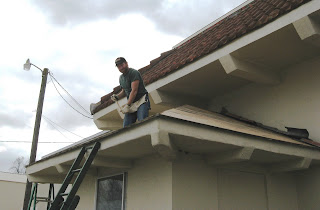 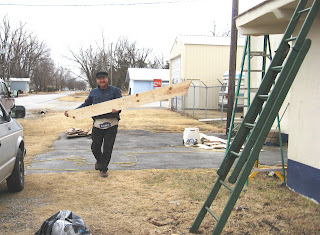 We barely had time to begin the day when six people on three motorcycles roared in. They were from Grove and were taking advantage of the 70-degree (albeit cloudy) day. They were nice folks, but they weren't the only bikers to show up. The next group of three motorcycles chose not to come in. They parked in our driveway for a while and had a cigarette, then just as we thought they might be coming in, they cruised on down the road. Oh well.

A gentleman arrived and sold me a 12th grade girl for ten bucks. Well, not exactly. Nothing that kinky. He was merely a preacher from Afton who was selling "sponsorships" on behalf of a church coalition that's sponsoring an "abstinence" seminar for seniors at Afton High School a few days prior to the upcoming prom. Since I wanted to be a good Afton citizen, I bought a $10 sponsorship. I didn't bother to tell him that there wasn't a snowball's chance that pushing abstinence to 17-year-olds was going to work. In fact, I think it's been proven to be almost totally ineffective. But, it's a nice thought, I guess. Anyway, I got this flower. 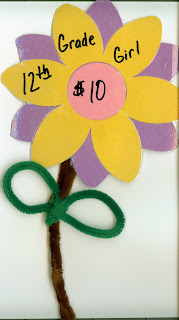 A fellow dropped in pulling a car trailer on which sat a 1958 King Midget. I'd never heard of the tiny car, but it was very cute. This guy had driven from Texas to Springfield, MO to pick it up. It turns out that his first car was a King Midget, and he just couldn't resist buying this one on Ebay for nostalgic reasons and to add to his collection of 20-some vintage vehicles. Note the hood ornament, which is a crown. Crown > King. Get it? You learn something new every day, and you can learn about the King Midget here: http://en.wikipedia.org/wiki/King_Midget
For an opposing view on the Midget, go here: http://www.time.com/time/specials/2007/article/0,28804,1658545_1657867_1657682,00.html
LOL! 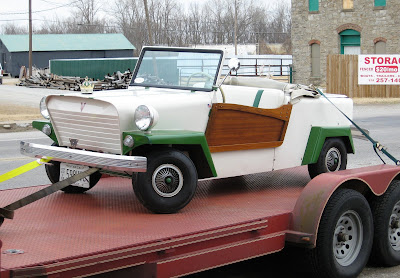 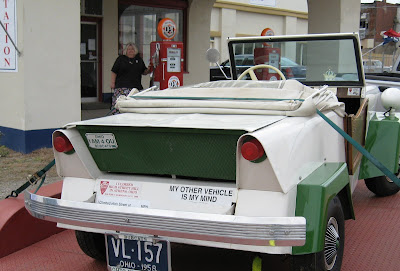 We had several other visitors to round out what turned out to be a busy and varied day. The time flew by, and I can only hope that tomorrow will be the same.
Posted by Laurel at 5:57 PM

Glad things are looking up at Afton. Sounds like 2009 will be a very good year for you :o)

I've never heard of the King Midget. What a cute little car! That one looks to be in great shape, too.

LOL at the abstinence thing. Yeah, good luck with that!

Laurel, you should be more supportive of abstinence programs. Look how well they worked for the Palin family! Oh, wait ... never mind. (I actually think it's a good idea to teach teenagers about abstinence, but you have to use some common sense about it. Present it as one of several options, then teach kids to do a cost-benefit analysis so they can assess those options and come to the logical conclusion that abstinence is probably their best bet. Kids are impulsive. Just telling them to do something won't work, but giving them the critical thinking skills they need to make better decisions might.)

Saturday we took Hunter and Heather to the park. It was just beautiful.

I took them to the Arcadia Round Barn. Man, the bikers were REALLY out! I wish I could have been on mine.

I got excited when I saw King Midget in the headline and thought one had actually driven through Afton. Learning that it was hauled calmed me down a bit but reading that a gal who knew that 1934 & 1935 Desoto Airflows existed (and could tell them apart) had never heard of King Midgets demanded a post. As with pretty much anything, there are organized King lovers ( http://www.kingmidgetcarclub.org ) The center is in Ohio, the car's home, but there seems to be a good sized group in California, too. You may have seen King's before but just thought a carnival ride had broken apart. That's pretty much what it looks like when you see a few of them out and about. Ohio is also home of another bottom fifty list pick, the Crosley. There are more Crosleys than Kings so gatherings are more frequent and larger. You'll sometimes see a King or two at the edges of a Crosley gathering but I suspect they're hired by the Crosley owners so they'll have something to pass.

Denny,
Even though I grew up in Ohio, I'd never heard of or seen a King Midget. I must admit that when the guy pulled up with it, we all thought it was a tricked out golf cart. I AM familiar with Crosleys, and they seem much more substantial than the Midget. Maybe the Crosley people show up at Midget gatherings so they can finally smirk.