I noticed from notes left by Marly that we had two more visitors yesterday after I left, meaning 15 in all. That's got to be a new record for a winter day. We also had 6 visitors last week when I wasn't there. February has actually been pretty good.

I wasted a little time driving around Claremore this morning after treating myself to a mushroom omelet at Eggbert's. It's not the greatest food in the world, but the way to win my heart is for a waitperson to know me after only two visits, to know that I want the fruit cup instead of the potatoes (which are a no-no for kidney patients), and to remember that the fruit cup should contain no melon (another no-no). That happens at Eggbert's, so I like it and recommend it.

My hunger satisfied, I drove around Claremore a bit, since it was still early. Here's the Belvidere Mansion, two blocks off Route 66. It's said to be haunted, and is now home to a Luncheon/Tea Room. I've never been inside, but I love haunted places. Must go some time! 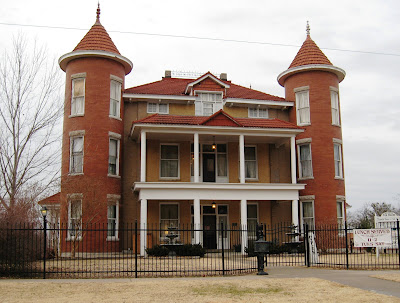 Unlike yesterday, absolutely nothing happened at Afton all morning. I took advantage of the opportunity to clean off the top of the filing cabinet which has become the catch-all for everything that defies sorting, filing, or tossing out. When I finished, the filing cabinet top returned to what it's supposed to be -- a tiny library of roadie books for the public to use. Everything else is sorted and will be put in folders in the cabinet itself. Aah, much better. This week I'll be buying hanging file folders. 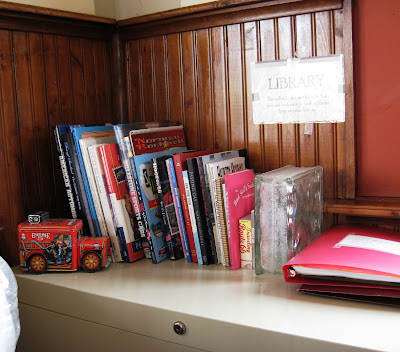 Betty came by and stayed until 1:30. Still no visitors. Shortly after she left, people started arriving. One family from the countryside outside of Afton arrived with their dog Blue and a bale of hay. Blue and the hay remained with the truck while the family of three toured the Station. Another father and young son arrived via motorcycle at about the same time. Later, a gentleman and his pup named Dammit dropped in. Dammit entertained me with "dead dog" and "sit-stay" tricks while his owner examined the old cars.
It's supposed to rain - hard - for the next few days. Since the recent drought is causing a plethora of grass fires, we're all happy about the approaching storms. And it appears that Marly and Luis have the roofs of both bathrooms ready for the downpour. We shall see. 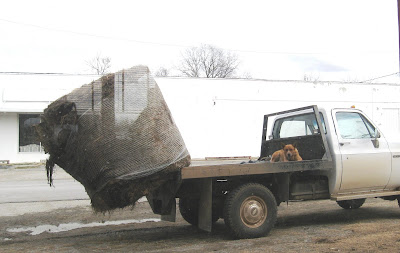 What a great weekend!

That's kind of a joke with me and Ken, because anytime I see an old old home or building, I usually say, "I bet it's haunted."

In Claramore I like the J.M. Davis Gun Museum and the Will Rogers Memorial. But, I'd never heard of the Belvedere Mansion. I need to check that out.

You'll love historic Guthrie. Come down sometime and we'll take you there.

My Mercedes group might be going to Guthrie this summer. I've seen pictures and know I'd love it!