The unbridled glee demonstrated above is my joy that Ron M. is finally almost like new again after his most recent surgery and he felt well enough to come with me to Afton Station today.  I told him that if he came along he didn't have to do anything except just sit, but he insisted on doing all his usual chores anyway.  I'm so glad he's ok!!

It was a pretty big day on Route 66 in Afton, OK today.  There was a lot of motor traffic in town, and about 25 of them decided to stop at the Station.  They came from Paris France, Baxter Springs KS, British Columbia Canada, Washington MO, Highland Park IL, Quebec City Canada, Old Hickory TN, Tiffin OH, Brandon SD, and Ketchum and Chelsea, OK. 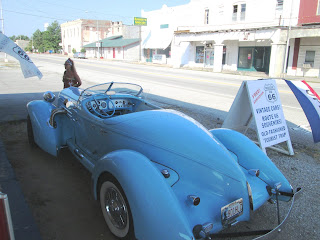 Ted from Ketchum OK, the owner of this gorgeous car plus a Packard and several others, is a frequent visit to the Station, and this time  he brought along his visiting brother. He's a very nice guy and a hard core vintage car enthusiast. 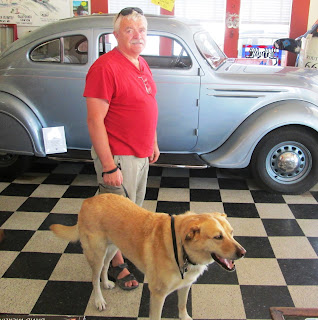 Here's Anous, a very large and pretty pup from British Columbia.  I love the story behind the name.  When the family's old dog passed away, this one was obtained, and since he was "a new" dog, they named him Anous!  I love it! 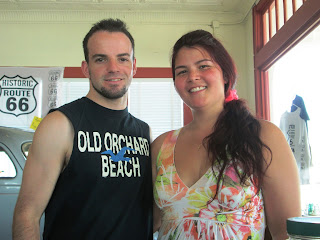 Also from Canada, although on the other side of the country, came this couple from Quebec City, Quebec.  I had a chance to drag out my 10 words of French again! 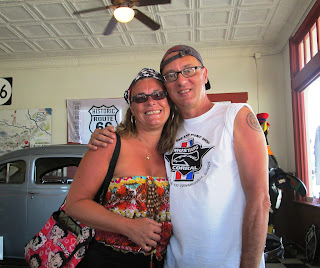 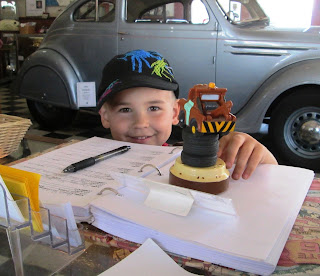 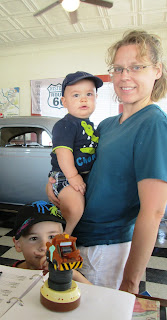 A couple of cute little boys and their very nice parents from Brandon, South Dakota.  Since Tattoo Man just got back from S. Dakota and was visiting at the Station at the time the family came in, they had things to talk about. 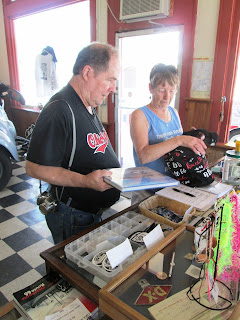 And finally, from Ohio, the state of my birth, came this couple.  They've been on numerous Route 66 trips and know a great deal about it. Furthermore, she was dressed entirely in Route 66 -- earrings, necklacee, t-shirt, purse, billfold, you name it.  These are true fans!  They bought a copy of Sightings, which I believe will join a huge library of other Route 66 books. 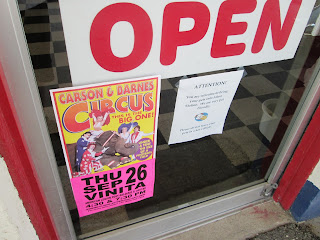