Clouds and Strawberries... oh, and lots of visitors!

The trees were peeking out from "falling clouds" this morning as I drove Route 66 on the way to Afton.   It was really quite beautiful to drive in and out of clouds that seemed to be resting on the ground.  This photo doesn't do it justice, but believe me, it was lovely. 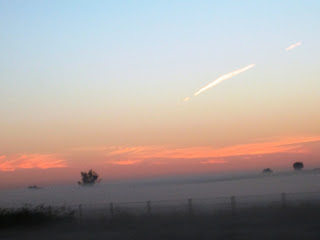 In fact, the whole day at the Station was lovely, but also very busy and exhausting.  Whew!  Glad to be home tonight, albeit a little bit later than usual.  Fortunately, Marly arrived just in time to take over for me when I had to scoot.   While I was there, we had 30 visitors, but there were still a few there when I left.  T'was a BIG day full of great folks from all over the map. 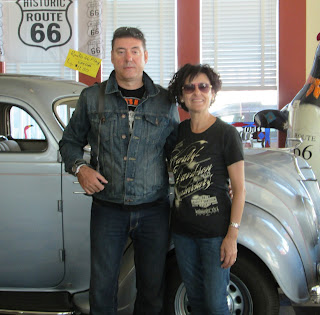 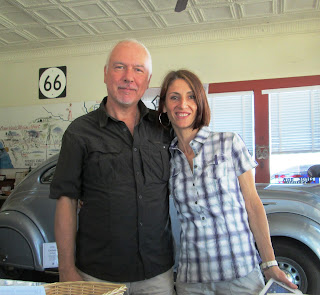 . . . and as always, a heaping helping of Austalians! 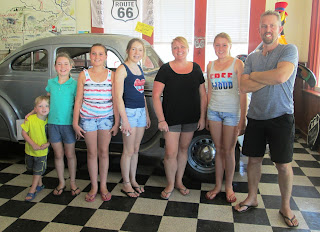 This wonderful blended family from Sydney arrived in a big motor home which they rented in Chicago.  They're spending about half their 6-week vacation on Route 66 and the rest in various other locations.  The kids were all polite and cute, and all the girls bought albums in which to save their pressed pennies.  By the time their trip is over, they should have fabulous penny collections. 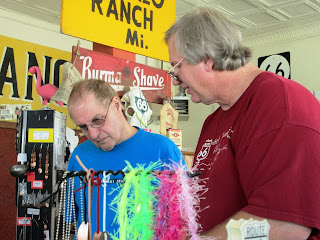 The gentleman on the left is also from Australia, traveling alone.  He happened to arrive at the same time that Route 66 friend Dave Emerson stopped in, so Dave showed him his own book, the Mother Road Atlas.  I had a nice visit with Dave, as well as his friend Randy who accompanied him from Kansas City. 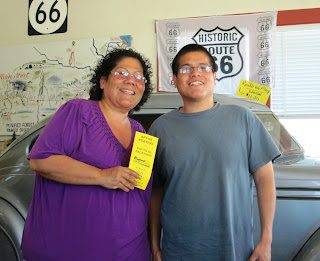 Today's Enthusiasm Award goes to this mother and son from Nebraska, the mother currently living in Winnebago and the son in Omaha, although both are California natives.   The son must have said "wow" about 50 times, and oh, how I love to hear that word!  He seemed to enjoy everything we have to offer, and so did his mother.  They asked great questions, too.  I predict that the son will become (if he isn't already) a major league Route 66 fan.

That's about everything that happened of interest today, unless you count the giant strawberries on the road in front of me on the way home.  :-) 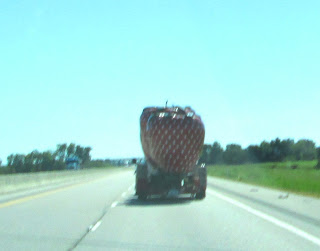 I thought perhaps that the strawberries were heading for a reunion with your hot dog, but then I thought that was too weird as a food combination!