Why did the chicken cross the Ribbon Road?

Because it's only 9 feet wide, perhaps? 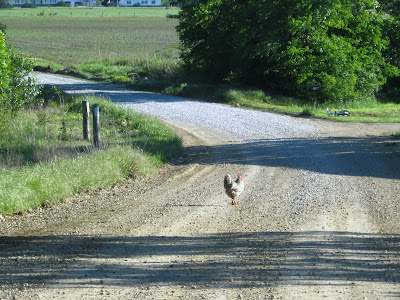 I pondered this metaphysical enigma as I took a short drive on the 4-mile Afton end of the historic Route 66 Ribbon Road. I was early arriving at Afton, so I did one of my check-up tours of the road, just to make sure nobody had done anything despicable there, such as pouring a load of concrete on it or the like. I'm happy to say everything is a-ok. 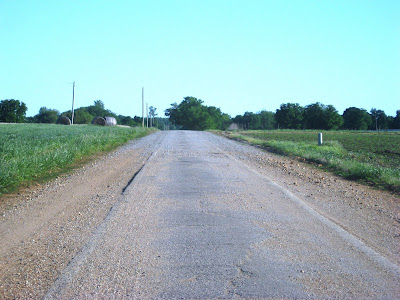 This is the view from the overpass, looking down at the interstate. Of course, when the original Ribbon Road was created, it didn't go over the interstate because there were no interstates then. A bridge was built much later. 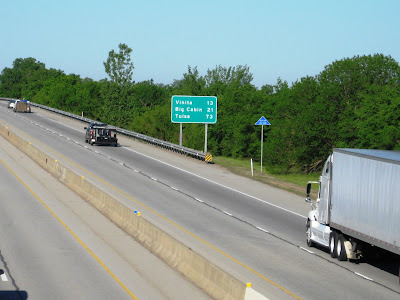 At the spot where the Ribbon Road crosses the railroad tracks, I was just in time to stop for a freight train. 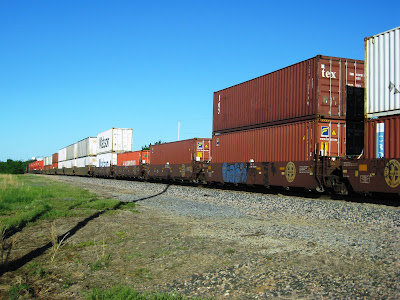 __________________
The day at Afton Station started out slowly, but picked up steam later in the afternoon. Friends Tattoo, Betty W., Betty B. and Marly and his dad all dropped in for a while. I did something funky to my foot/ankle and was afraid I wouldn't be able to close the Station without pain, so Betty B. stayed to help. As it turns out, the mystery malady seems to have disappeared as fast as it came.
Visitors came from Everett WA, Dark Harbor OH, and Vinita, Ponca City, Tulsa, and Jay, OK. There were 11 of them, not counting the sign salesmen who came in to sell me what they described as a giant LED-lit sign. Just what Afton Station needs! Um.... not! The woman from Everett, WA is in her third month of travel all over the U.S. before returning to her summer job at Yellowstone NP at the end of the month. The couple from Jay, OK were thrilled with their visit... probably the most thrilled people we've ever had!
On the way home, I stopped to snap a pic of this field of llamsa and goats. I'll try to get a better shot another day. 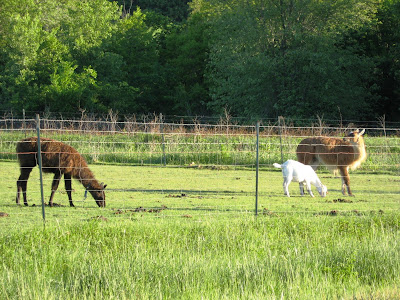 I think Afton Station needs a big casino-style LED sign. You could program it to play a video of Dean turning his feet backward for the whole town to enjoy day and night.

I love the really narrow stretches of road. It still amazes me that early on, those were two way roads!