Sunny Day, Chasin' the Blues Away....

Good day at Afton Station in slightly-less-than-beautiful Afton, Oklahoma, where Route 66 runs right through town and the ghosts of those who used to live on her can be heard muttering about why it didn't survive in better shape than it is.  But, who knows. As a newcomer (14 years), I really shouldn't speak on this issue, but it sure would be nice if some of the people who have property on it NOW would think about a little clean up.

I'd rather tell you about my day at the Station and some of the lovely travelers who brightened my day.   They came from Queensland Australia, Melbourne Australia, Waterloo IA, Selma AL, Louisiana, Arkansas, Orange Co. CA,  Apple Valley MI, Rockville MD, Middletown OH, Bilboa Spain, and Memphis TN. 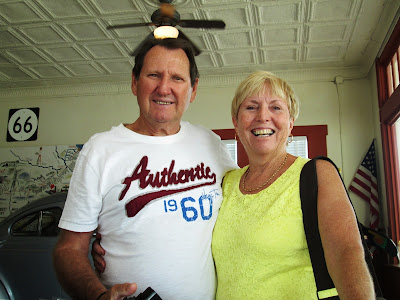 All the way from Queensland, Australia. . . 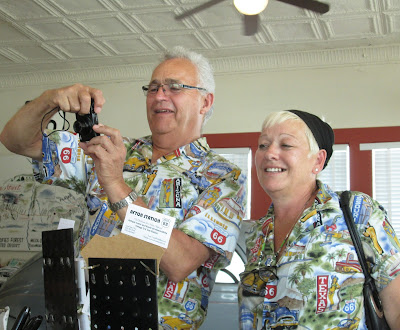 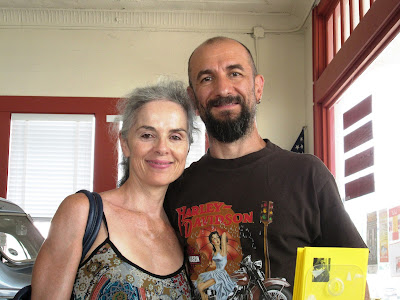 This native French couple is now living in Rockville, Maryland. 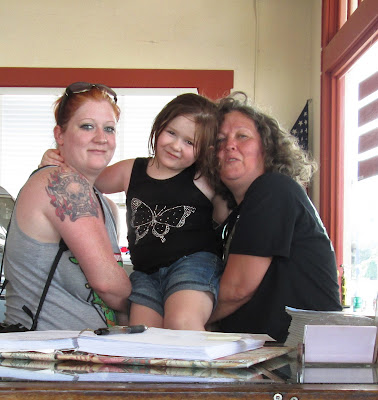 Nadina Medlin (right) has visited before (from Tennessee) but this time brought her step daughter and step granddaughter, on an all-girl exploration of Route 66.  Granddaughter is an adorable, loveable kid.  I wanted to keep her!   Since I had to leave for home shortly after they arrived, I do hope to meet with Nadina on a future trip.

Ron M. was busy today, so Robin helped me open and Rann helped me close.  It's lovely to have such nice volunteers.   Ron "Tattoo Man" Jones also came to spend some time today.