I Never Met A Country Road I Didn't Like 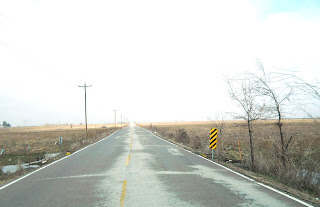 I've modified Will Rogers' famous quote to suit my purposes, and here's why.   Today was an accidental Will Rogers Day for me.  At the risk of sounding like a broken record, I caught a bad case of the wanderlust this morning, and this time I pointed the Subaru due north.   I thought I might explore Owasso, a formerly small town due north of Tulsa which is growing by leaps and bounds. These days, one almost can't tell where Tulsa ends and Owasso begins.  Owasso turned out to be a bore, a town full of big box stores and chain restaurants.  I should have known better.

I continued due north, only this time on a smaller country road.  I like my country roads long and straight and   narrow, and this one fit the description perfectly.  It reminded me of some of the roads I traveled some years ago on a solo trip through Kansas.  Today, I was at the corner of two county roads when I saw a small sign pointing to "Will Rogers Birthplace and Homestead -- Open Every Day".  Of course I had to go there.

I confess that, although I knew he existed, I had very little knowledge about Will Rogers until I moved to Oklahoma.  A trip to the Will Rogers Follies shortly after I moved to the state educated me about his life and times, and now I'm a big fan.  His museum is in Claremore, but I remembered hearing that his boyhood home was in the country and open to the public.

A couple more long straight, magnificently uninhabited country roads led me to Will's place, sitting on a rise overlooking Oologah Lake.   The homestead was beautiful but as completely uninhabited as the roads leading to it.   I was pretty sure the "Open Every Day" sign should have read "Open Every Day Except Valentine's Day 2012", but I wasn't entirely certain until I knocked on the door and got no response. 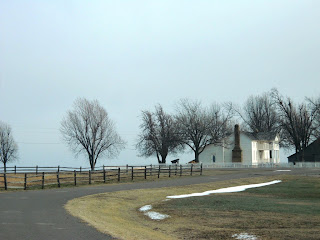 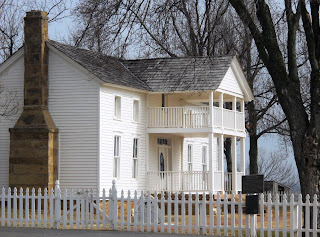 No people. No cars.  Just some chickens in the yard, a small herd of longhorns, and me. The house is simple and beautiful, and so is the land around it.  Will's folks sure knew how to situate a house! 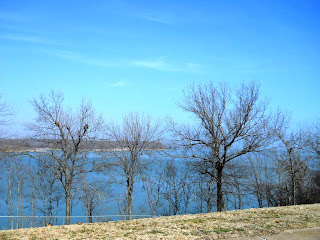 I walked through the yard and said hello to the chickens, then drove down the driveway to the cattle fields where I spent some time communing with a couple of intimidating but majestic longhorn cattle. 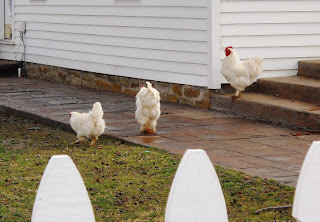 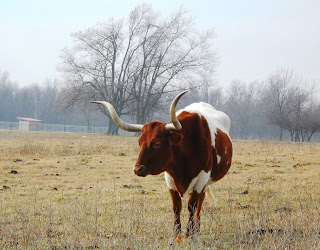 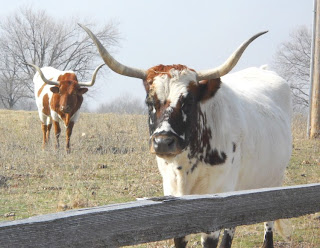 Unfazed by the lack of humanity at the homestead, I lingered a while longer and breathed the fresh, crisp air.  I left feeling as if I probably enjoyed it alone more than I would have if I'd had to compete with tour buses or biker gangs. 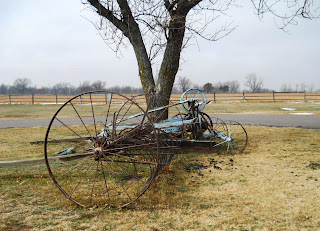 For those who need to brush up on the life of the extraordinary Will, I snapped this photo of the sign in front of the house, a succinct biography of a guy who was good at just about everything he attempted. 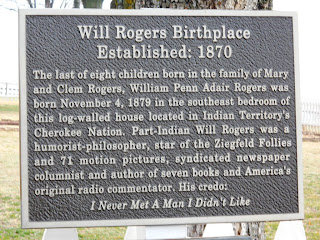 I got my fill of Will, then headed home.  The power plant in Oologah was spewing some picturesque steam. 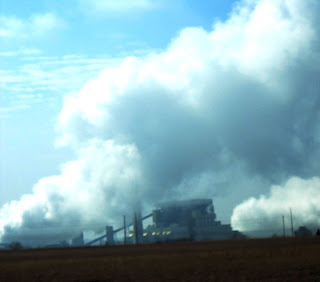 The small historic church in the tiny town of Talala also seemed to call for a photo. 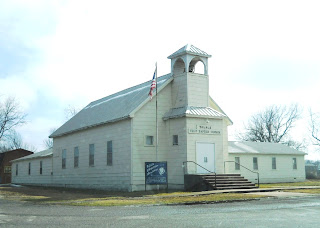 Some day I might go back to Will's house and take a tour of the interior.  Or maybe not.  I liked it just the way I found it!
Posted by Laurel at 2:52 PM

I knew the birth place was out there somewhere but don't recall hearing of anyone visiting it and don't recall seeing any pictures. Thanks for posting some. I think I'll try to work it in the next time I'm in the ares.

I may be imagining it but I thought I sensed you struggling to resist a "Ain't nobody here but us chickens" reference. It prompted a search and I found that. although the phrase is much older, Louis Jordan took a song by that name to #1 in 1946. I'll be looking for a copy in case the homestead is closed when I visit.

What a lovely little "detour". I enjoyed it very much! The home is indeed lovely and well-situated. It's too bad you couldn't go inside, but it looks like it was wonderfully peaceful.

Thank you for posting this—next time we're in the area, we'll have to make a detour ourselves!

I work as a Teacher and Principal here at the tiny historic church in Talala, OK. The main auditorium will be 100 years old in 2017. We have more historic buildings on the East side of town. The Musuem is full of old photographs and wonderful memories such as bank robberies and Will Rogers Dad owning a store. We hope you stop by again soon! - Dawn Orwig

Thanks for writing, Dawn. I do hope to come back to Talala soon to see the museum. I love that part of our state!