It's been quite a day, and several factors lead me to make this a short post, with more to follow tomorrow.
My daugher Sarah and her friend John are visiting from Chicago.  All my attention is directed to them and I'm so, so, so pleased to have them here.  Afton Station was a bit crazy today, with an unexpected tour group of 13 Russian citizens (and one dog) dropping in rather early in the morning.   Many photos were taken today, but the best were taken by Sarah and John and, as they are spending the evening at Sarah's dad's house, they haven't yet sent me the great photos they took, but when they do, I'll post them tomorrow.  I took a few shots, but none as good as theirs.  To add to all that, my computer is acting up, being very slow, and apparently attempting to make me completely crazy. 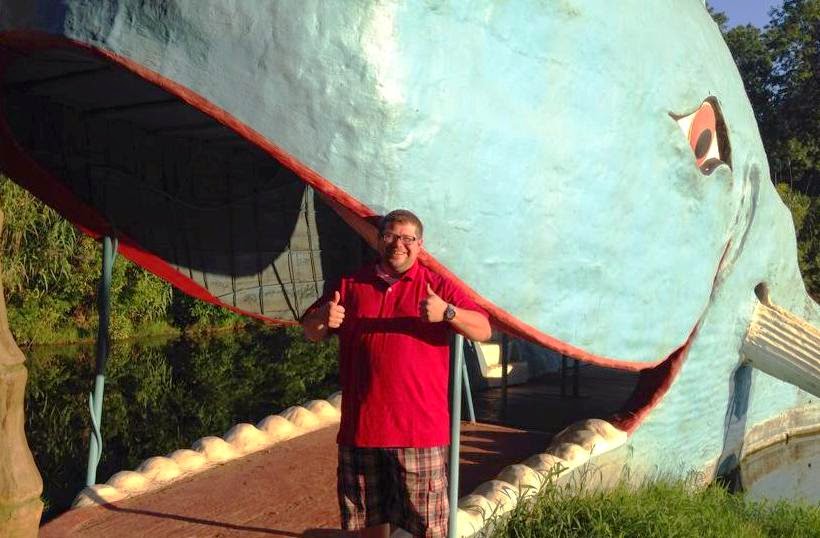 On our way to Afton early this morning, we stopped at the Blue Whale in Catoosa so that John could see it for the first time.  Here's one photo... better ones yet to come. 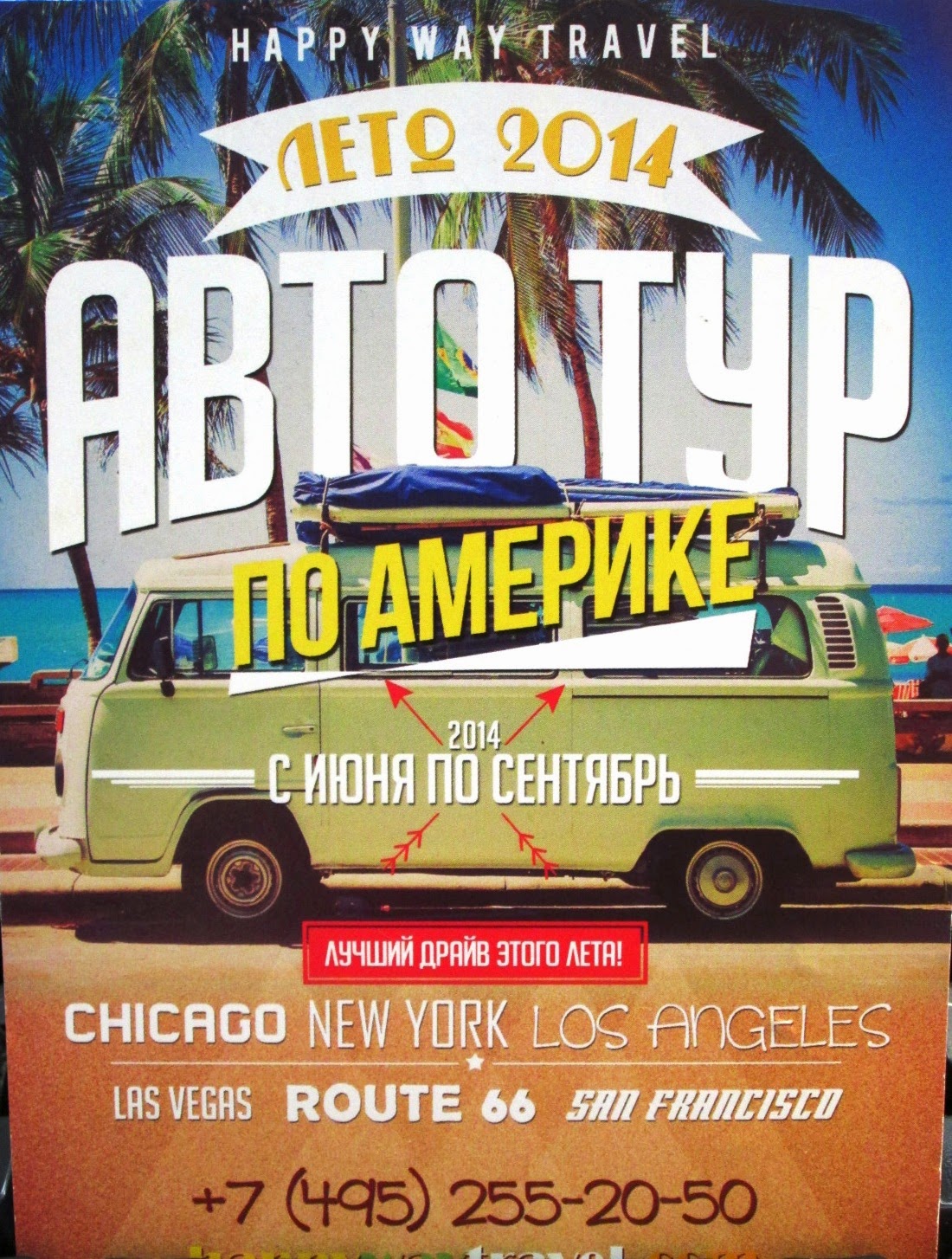 In lieu of actual photos of the Russian visitors themselves, here's a picture of their brochure.  Love the VW bus!   They were a nice group of folks, traveling from west to east, and and although only the tour director spoke English, they were for the most part able to communicate their joy  at being on the Mother Road. 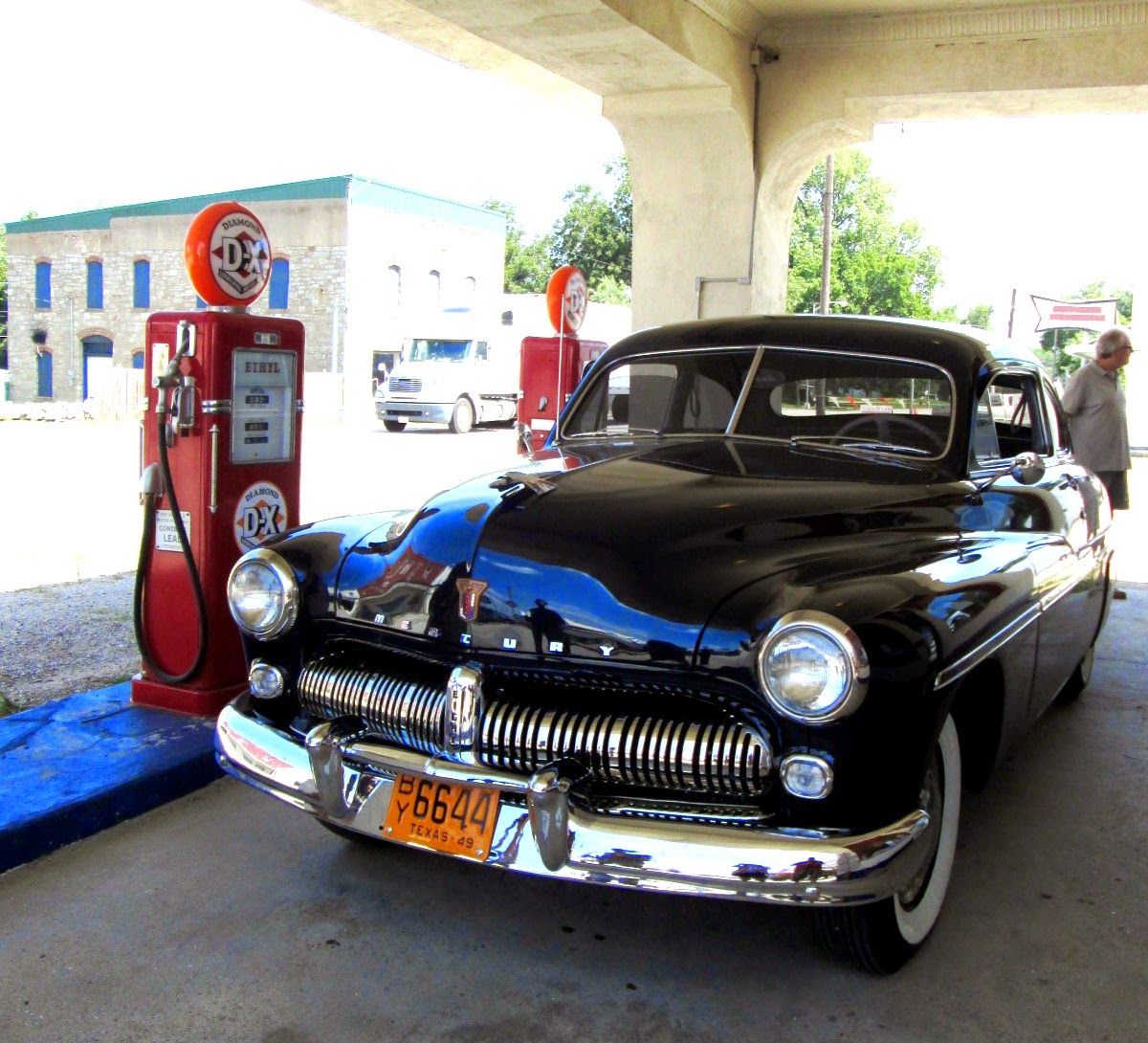 Three folks from Abilene, TX arrived in this beautifully restored '49 Mercury which hasn't been hot rodded, the fate of most other Mercs from that era. 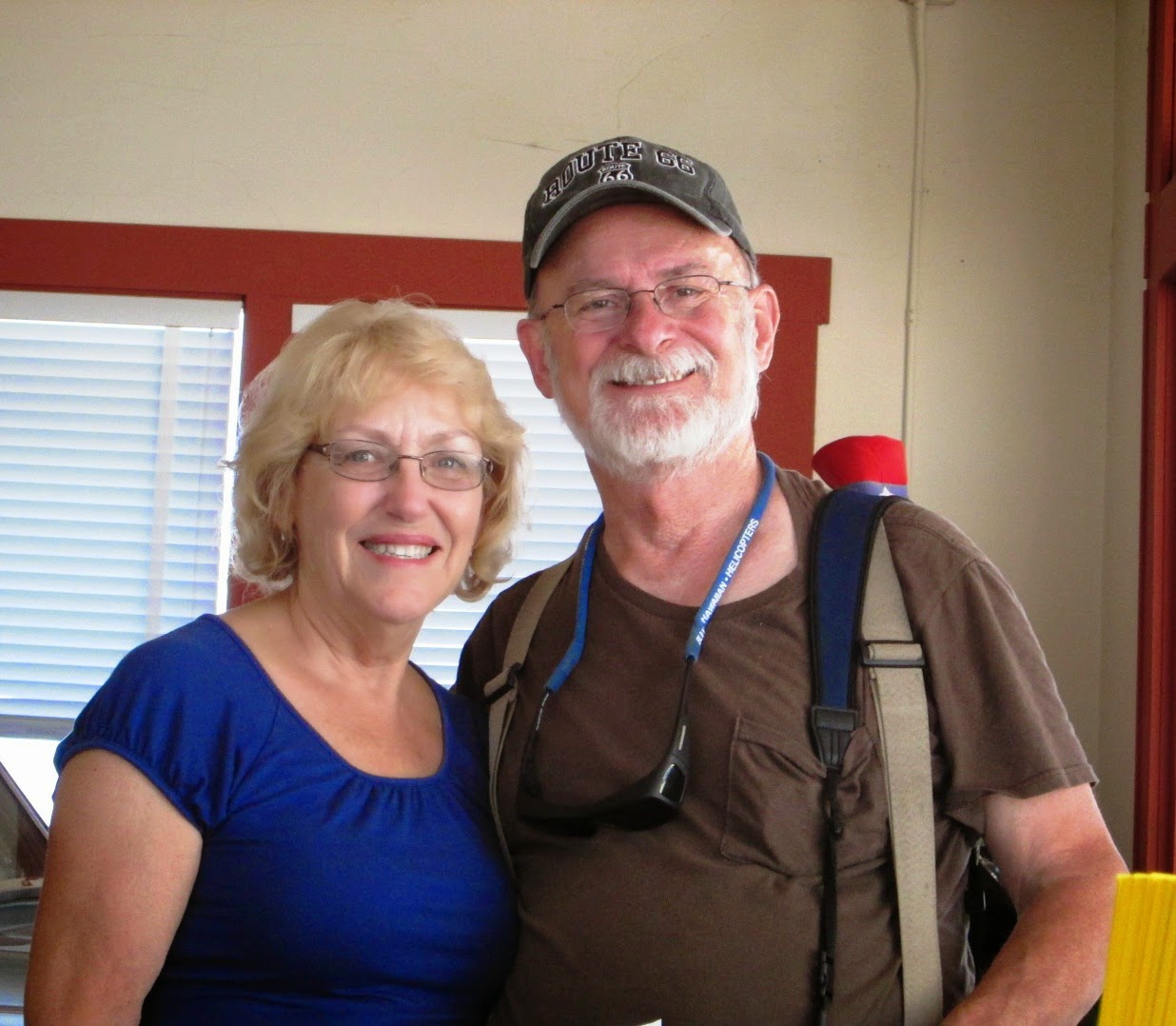 Here's a couple from  Indianapolis, IN who arrived in a large, new motor home.  They're also driving the entire Route 66.  But since L.A and Chicago are not particularly motor home friendly, they are towing a car, so once they find a place to park the motor home, they can explore the bigger cities in the car.   Wise decision.

There were also visitors from Crystal River, Florida and Miami and Tulsa, Oklahoma.
Posted by Laurel at 5:55 PM