Ron M. and I  have adopted the custom of stopping at the lovely-but-tiny farmer's market on Route 66 in Chelsea on our way to Afton Station every Saturday.  I thought it was time to show you a photo and tell  you what tasty and reasonably priced produce they have there.   In the past, we've bought corn, beans, blackberries, and other goodies.  Today it was just tomatoes for Ron and potatoes for me. 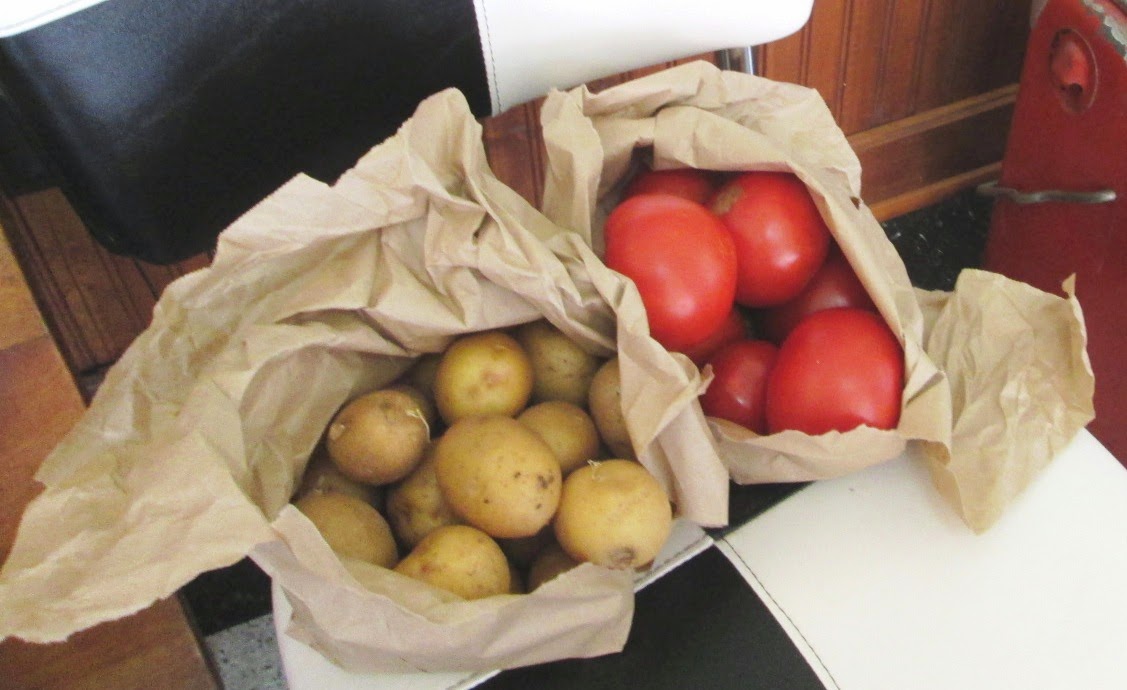 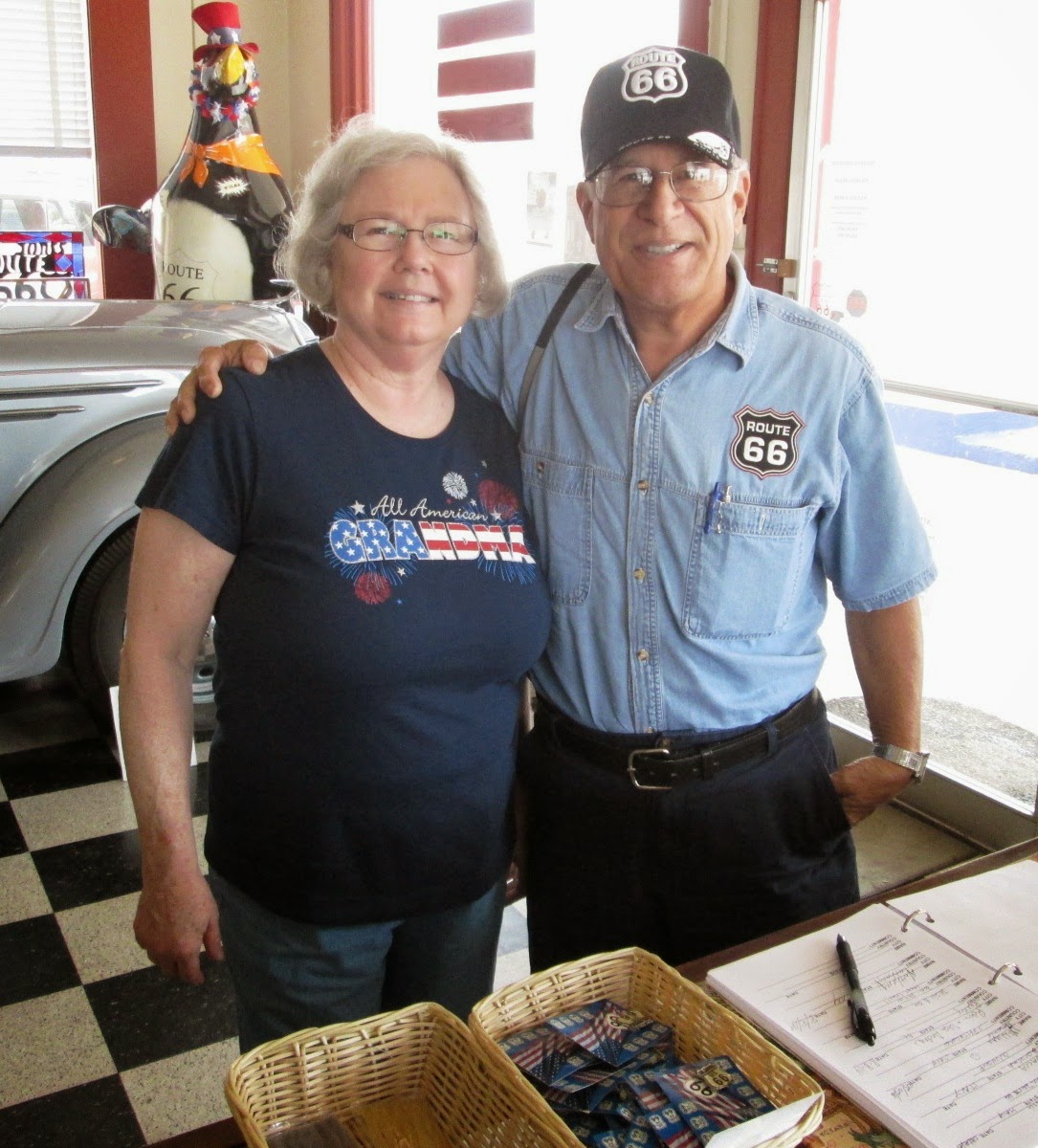 Ron Hart, of the Route 66 Chamber of Commerce, and his wife Barbara stopped in on their way to this year's International Route 66 Festival in Kingman, AZ.  Oh, I sure wish I could be there this year! 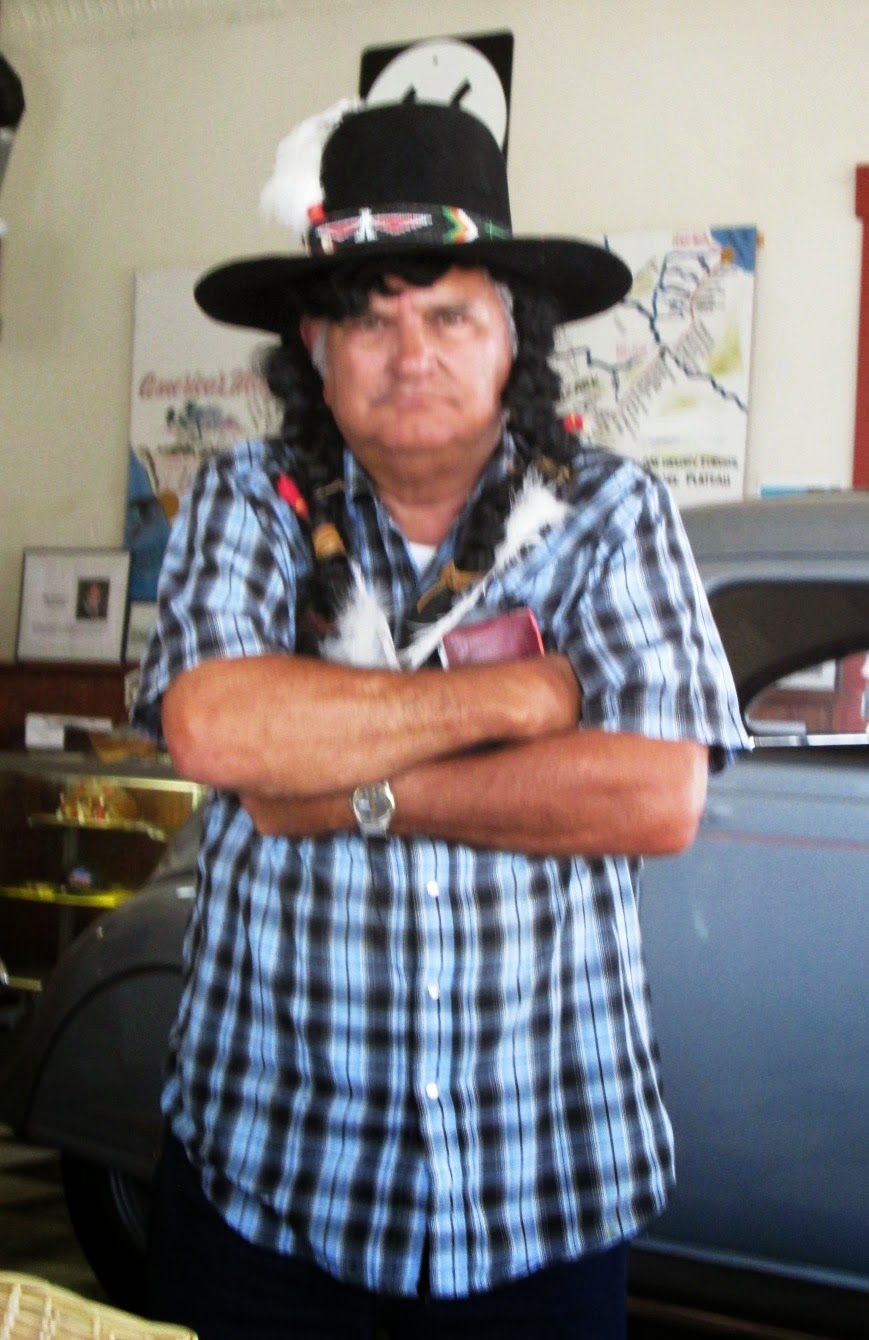 At about the same time, Chief Crazy Legs, AKA "Crazy Legs" Dean Walker, also stopped on his way to Kingman.  Never a dull moment when Crazy Legs is around!  Today was no exception. 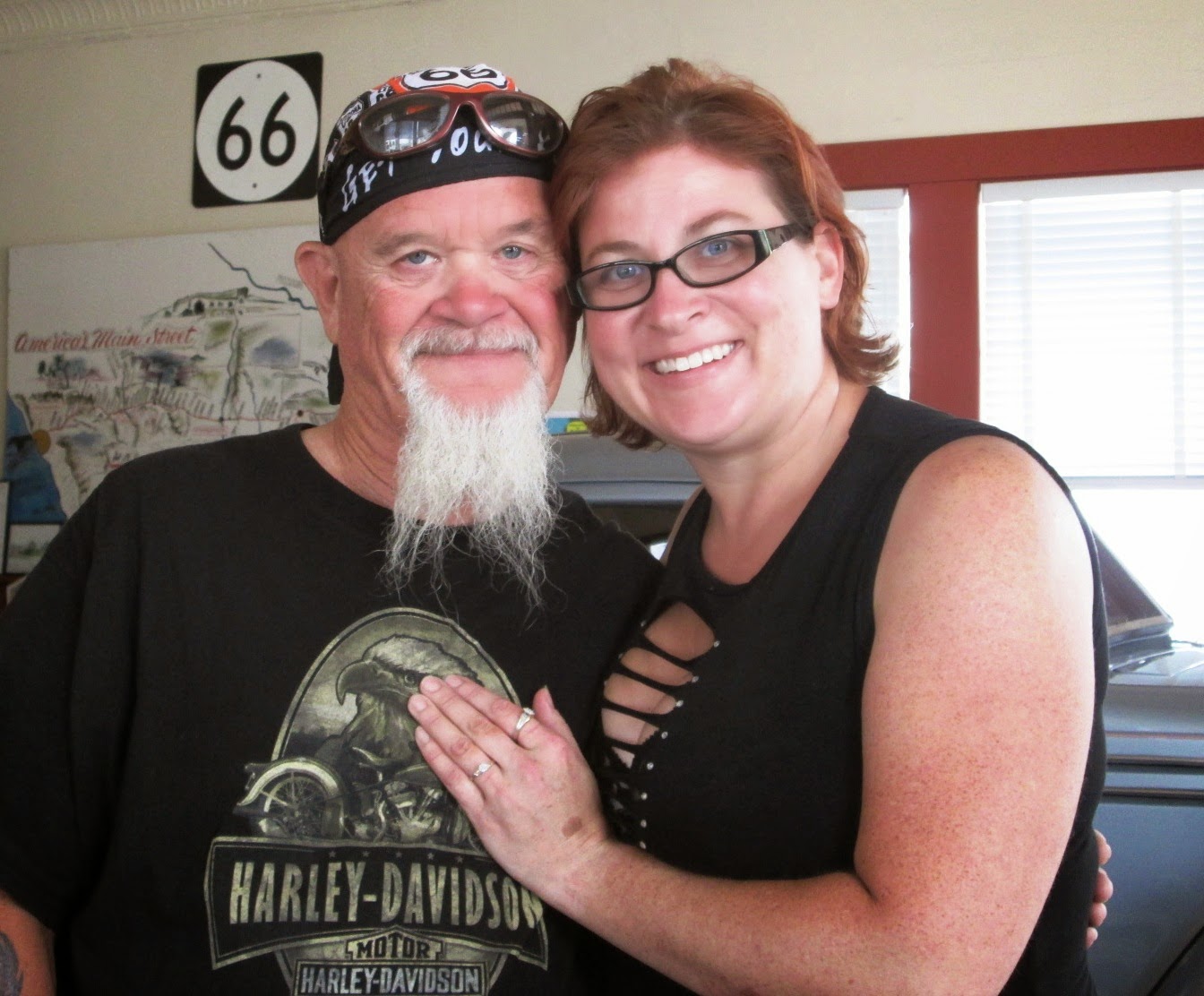 This couple from Kansas City, MO became engaged yesterday and were taking a little engagement trip on their Harleys.   They were a sweet couple who exuded love for each other. 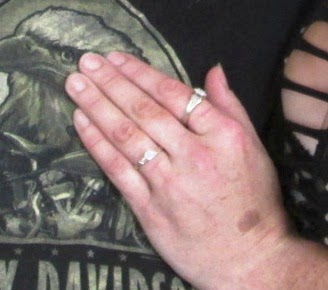 She was so proud of her one-day-old ring! 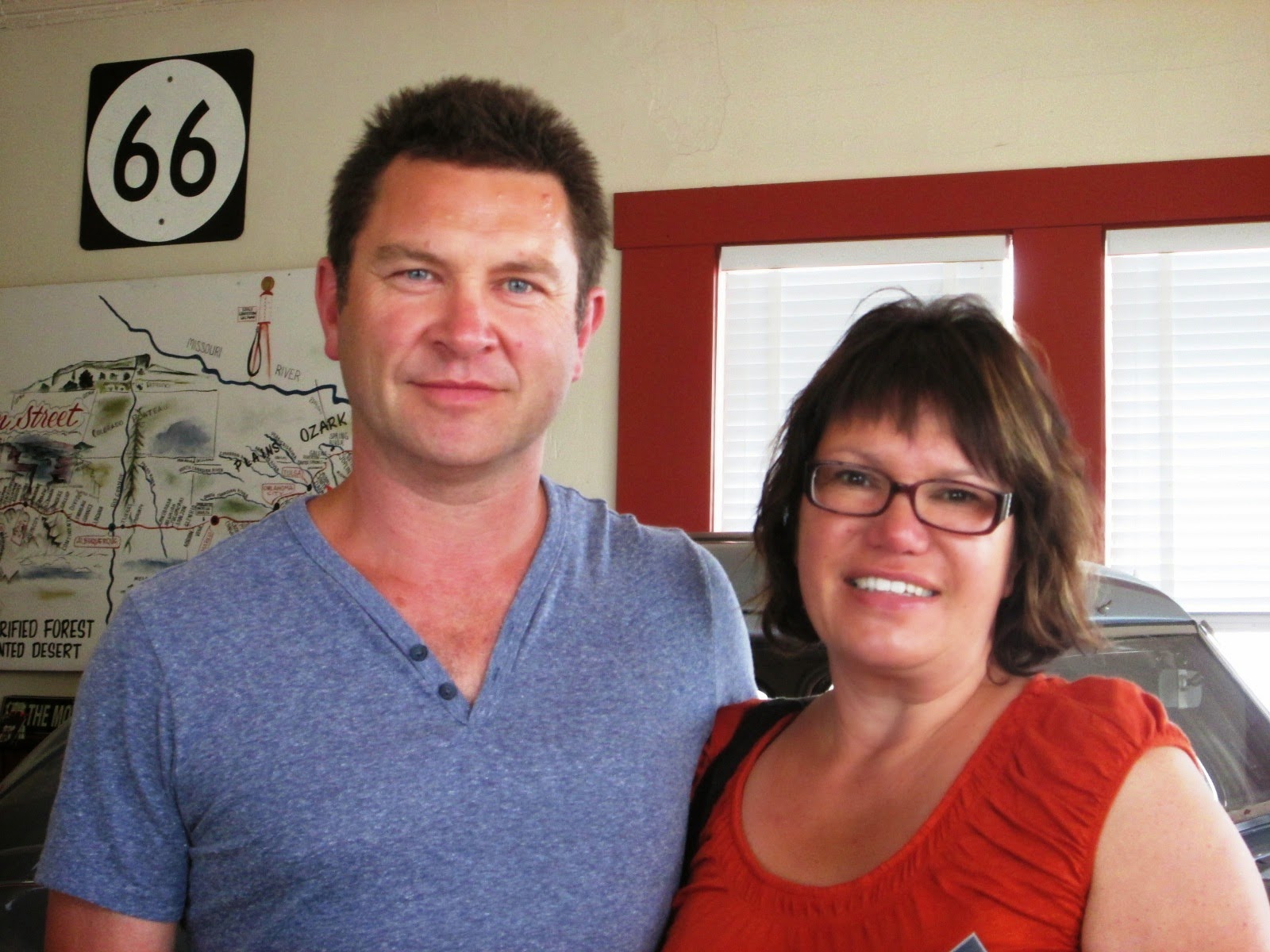 From Invercargill, New Zealand ( as far south as you can get in NZ, they said) came this couple,  in the midst of their Route 66 excursion. 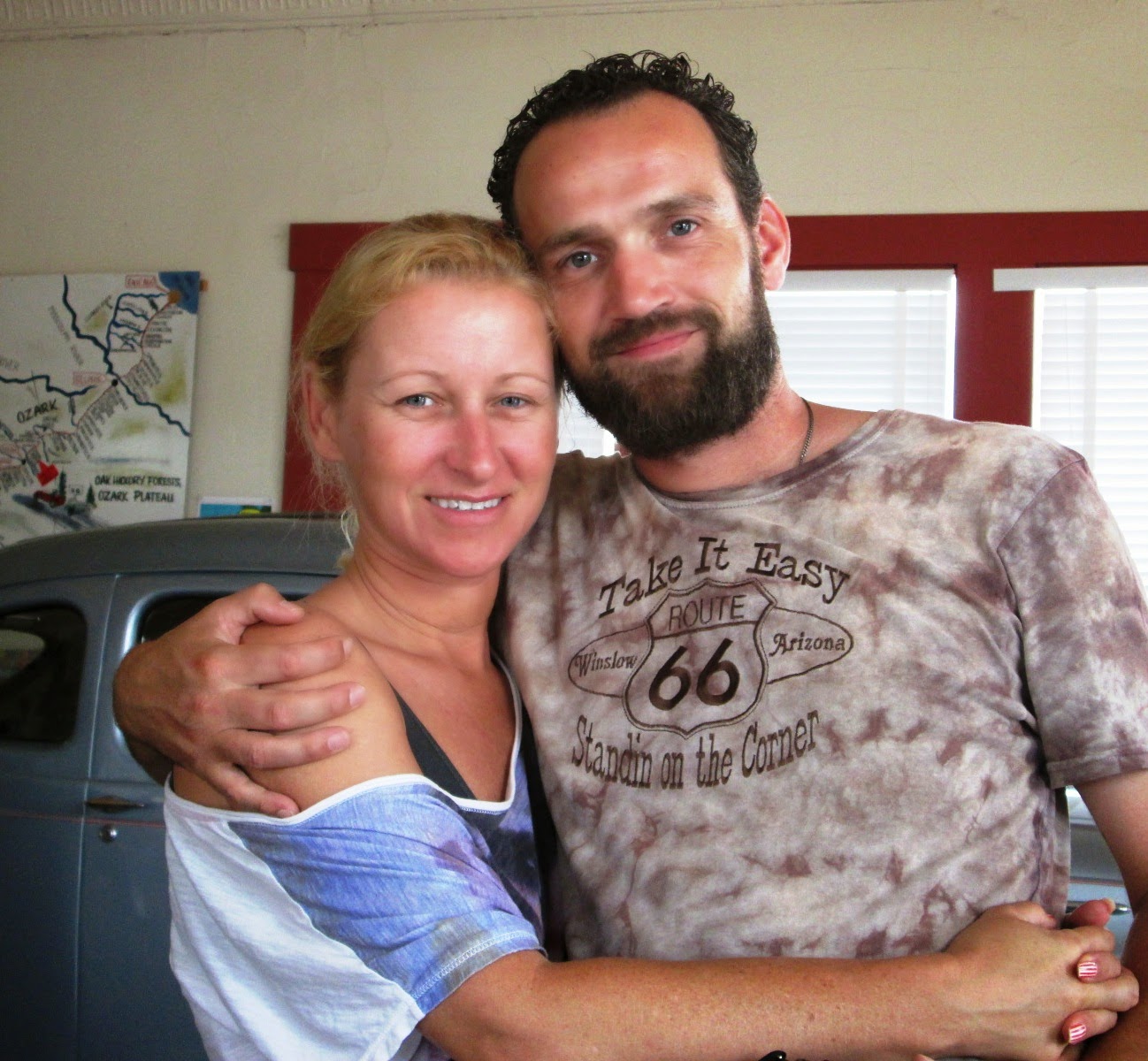 Also from overseas came this couple from Venlo, Netherlands.  They were completing a portion of Route 66 they had not driven previously, but started out their trip with an extensive visit to the American south, to include the cities of  Nashville,  San Antonio, and New Orleans, among others. 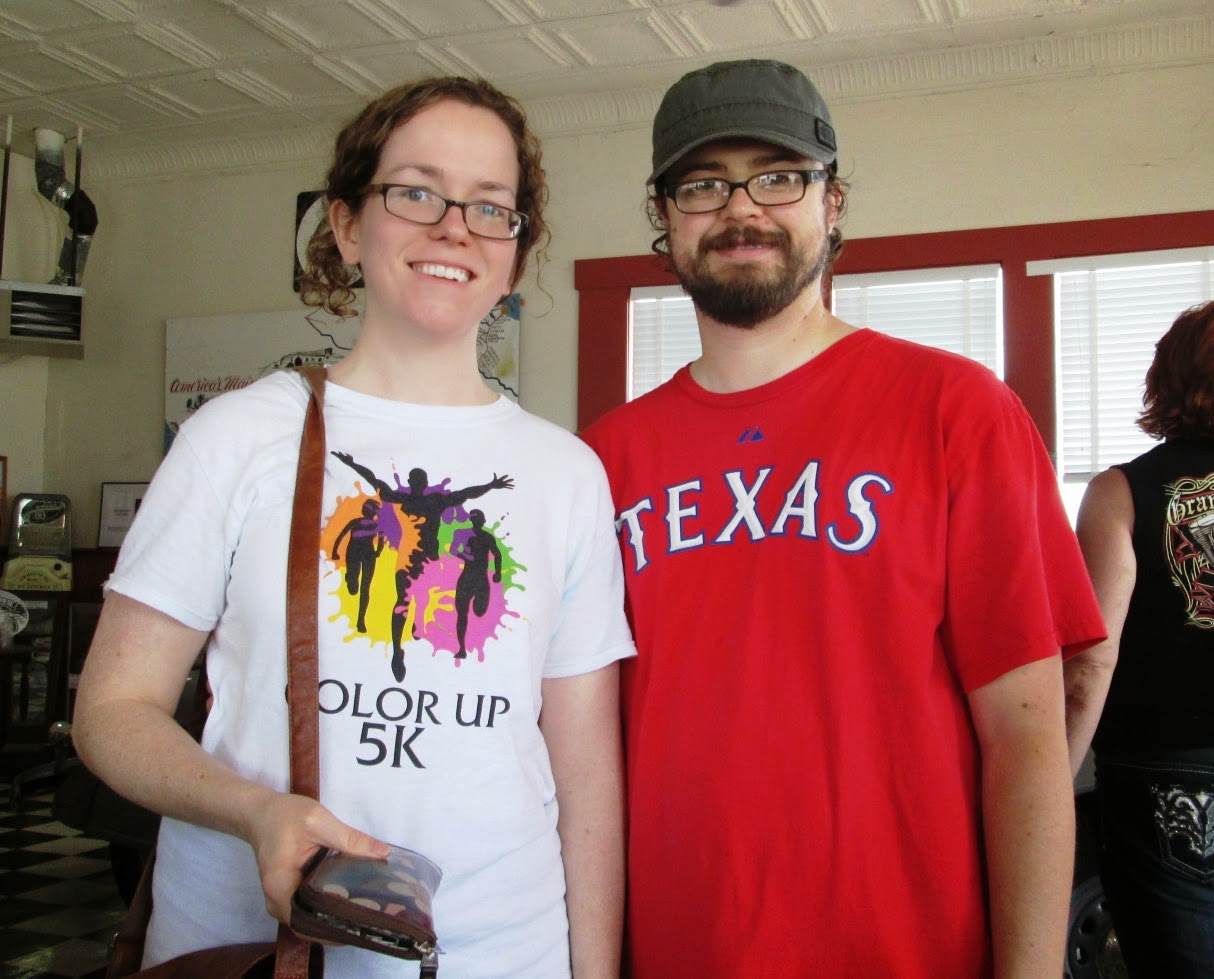 Finally, these geocachers from Dallas, TX have done their geocaching all over the world.   I think it's pretty cool to travel and play a game all at the same time.  They said it's a great way to see places they never would have seen any other way (Route 66 being one such).   Yes, they did find our cache and went on their way.

Did I mention that we had a torrential rainstorm, complete with thunder and lightning this morning?   It was quite dramatic, but in no time at all it had passed by and the day became sunny and much cooler.  Just about a perfect day for travel.
Posted by Laurel at 6:07 PM