One of my favorite things to do is to introduce a newcomer to Oklahoma.  It is especially fun when the recipient of my tour guiding is as enthusiastic and personable as my daughter Sarah's new friend John Amundsen, who came home with her this week.  The title of this post isn't quite accurate, since on Monday we toured Tulsa and Route 66, and it wasn't until yesterday that we ventured into Osage County so I could show him Woolaroc, Bartlesville, Pawhuska, and my favorite place on earth, the Tallgrass Prairie Preserve.

During our tour of Tulsa, John got to see Riverpark, the Golden Driller, Cain's Ballroom, Oneok Field, the BOK arena, the Center of the Universe, and countless other important Tulsa sights.  John is a train buff, so a trip to the Route 66 park om Southwest Blvd., where he could photograph the engine and other train cars there, followed by lunch at Ollie's Station (also on Route 66 and full of model trains, many of them on the move) was the highlight of his day.  Also on Route 66, we cruised by the East Meets West statue at the Cyrus Avery Bridge and Plaza. 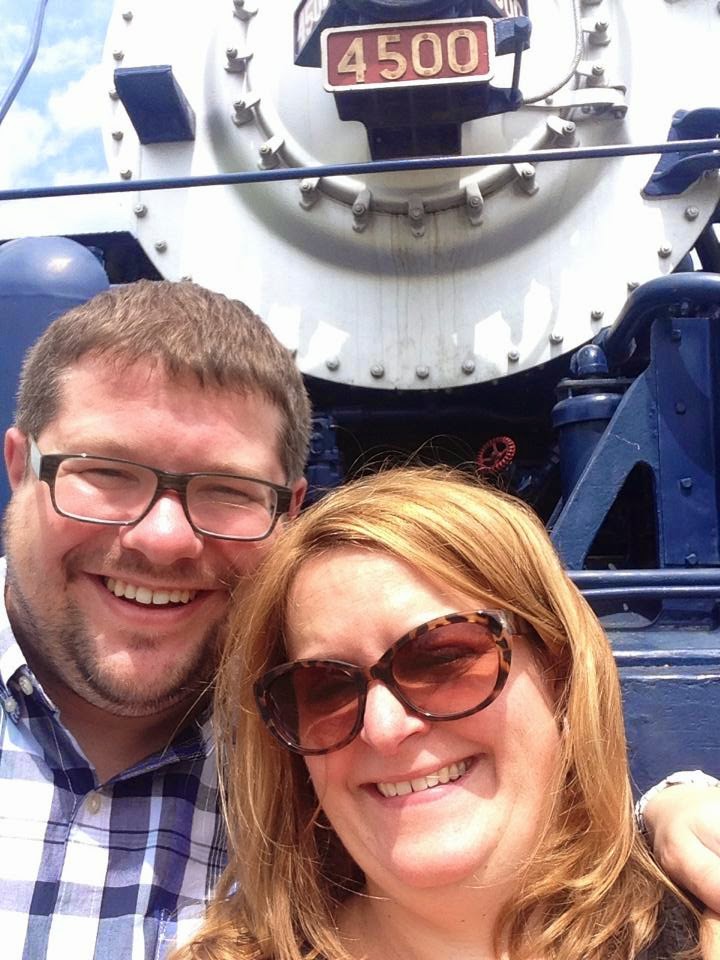 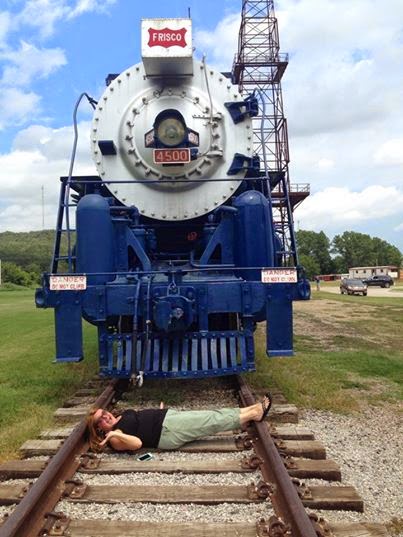 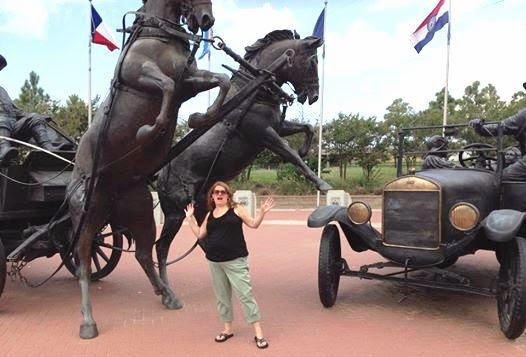 There was a trip th the Blue Whale of Catoosa also, of course. 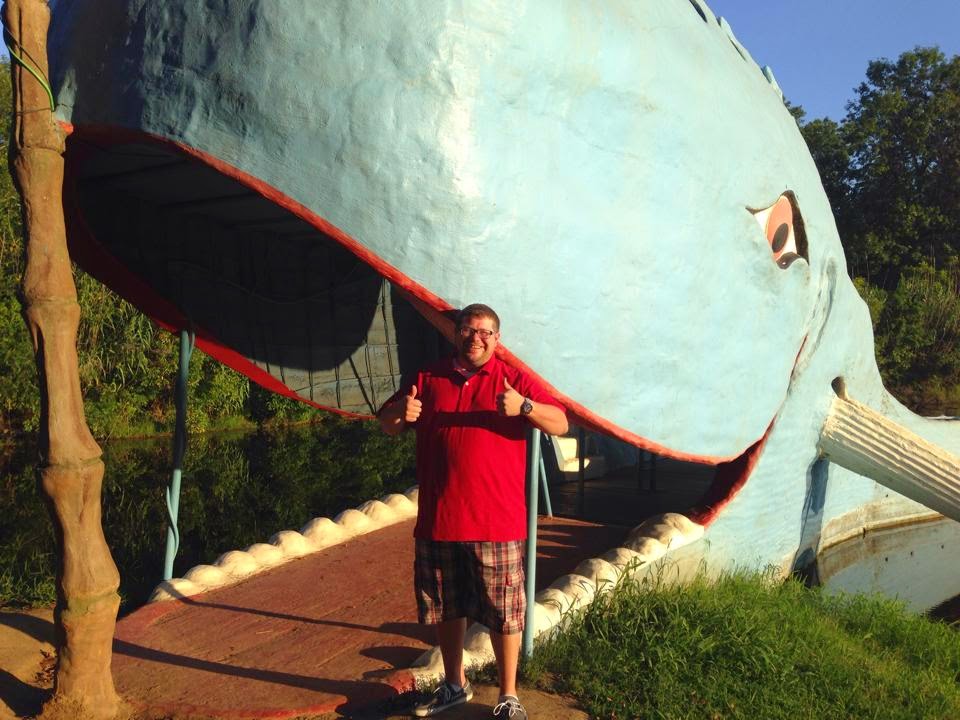 Yesterday, we departed Tulsa and Route 66 in order to tour Osage County.   On our way through Bartlesville, we stopped for photo ops at Frank Lloyd Wright's Price Tower, FLW's only skyscraper, and Frank Phillips' home (the Phillips Petroleum magnate).   Moving on to the small town of Pawhuska, which is the gateway to the Tallgrass Prairie, we stopped for lunch at Sonic, John's first introduction to the iconic Oklahoma drive-in. 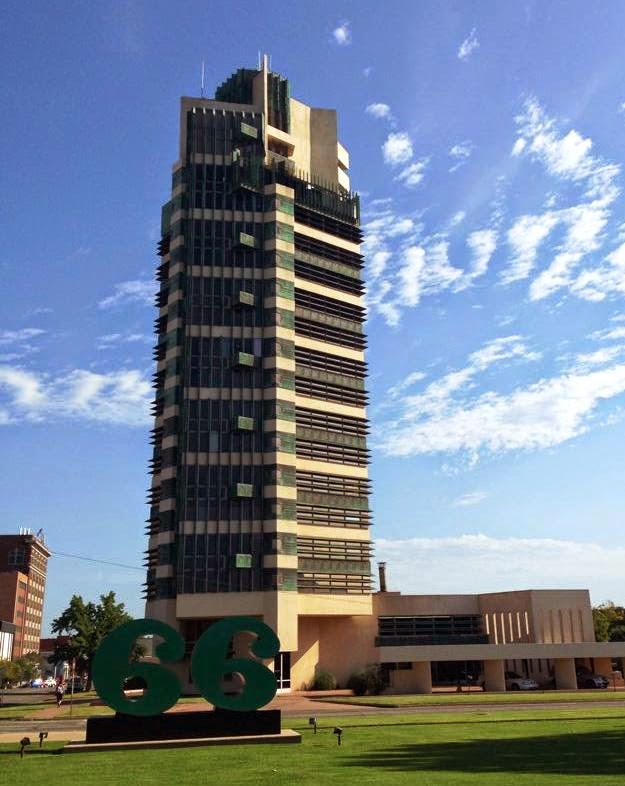 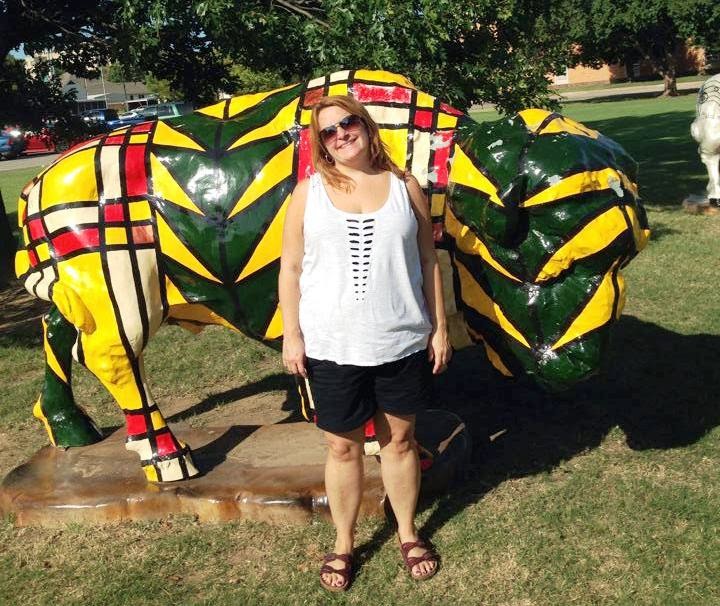 And then, the Tallgrass Prairie, the star of the outing!   Sarah and I were every bit as thrilled as John was, since we've never seen such a large herd of bison visible from the road.   In a total herd of 2,700 at the Preserve, I'm pretty sure we saw at least a thousand all at once!  There were bison as far as the eye could see, and unfortunately it wasn't possible to photograph the entire herd in one shot, but we gave it a good try.  I'm an old  hand and frequent visitor to the Tallgrass, yet I've never seen such a spectacle, and it surely cemented my feelings that it is my favorite place on Earth.

This photo doesn't even show a 10th of the herd we observed! 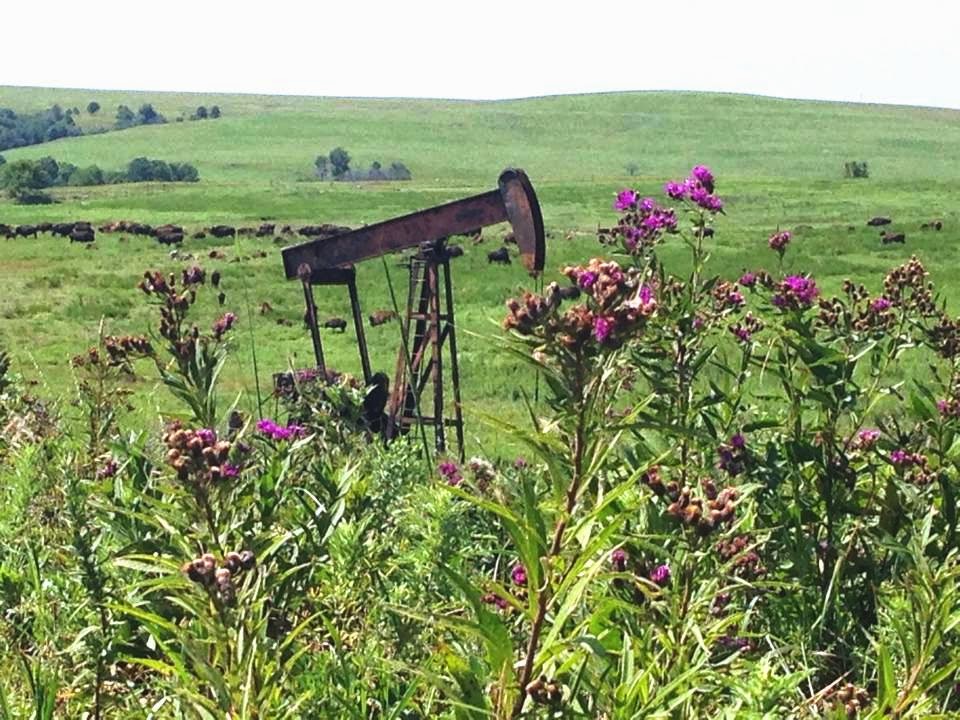 You can see a few of the thousand bison in the background of this wonderful photo taken by John.  On the Prairie, there are occasional oil wells, but for the most part there is nothing man-made for miles in any direction. 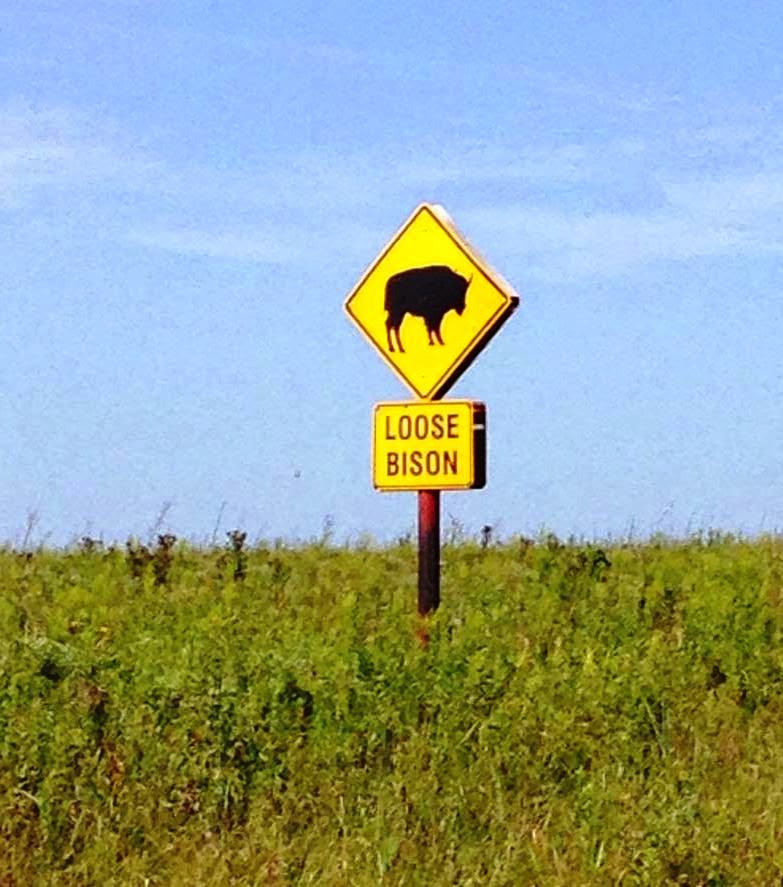 On the way home we stopped at Woolaroc, the Frank Phillips estate and grounds outside of Bartlesville. There, we saw some of the collection of animals that roam the grounds, and Sarah and John visited the museum, where they saw this statue of Phillips himself. 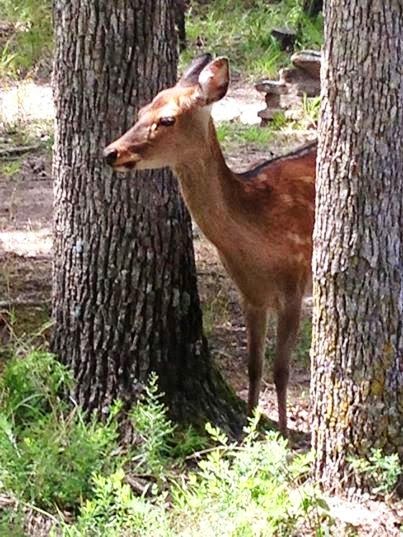 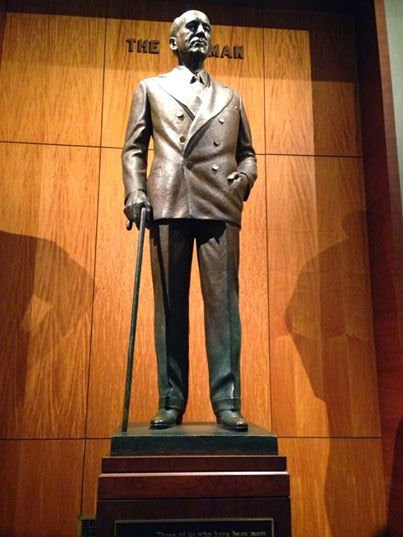 That concluded the best day of touring I've ever had, and I hope my passengers agree.