Here, There, and Everywhere

I was telling Ron M. on our ride home from Afton this afternoon, how it feels like each day at the Station has a personality of its own.  It's hard to explain.  It's not just because the cast of characters changes every day.  It's an overall feeling.... sometimes frenetic, sometimes laid back, sometimes educational, sometimes silly, sometimes tiring, sometimes boring (rarely!), sometimes magical.   Some days can't be categorized.  Today was such a day, and there was a little of everything to keep us busy.

Our very first visitors was this lovely, inspirational couple from Missouri.  Returning from Tulsa and a serious medical procedure there, they decided to pay us a visit.  After I heard his story, I told him he'd already made my day, and the day had scarcely begun.   Such nice people. 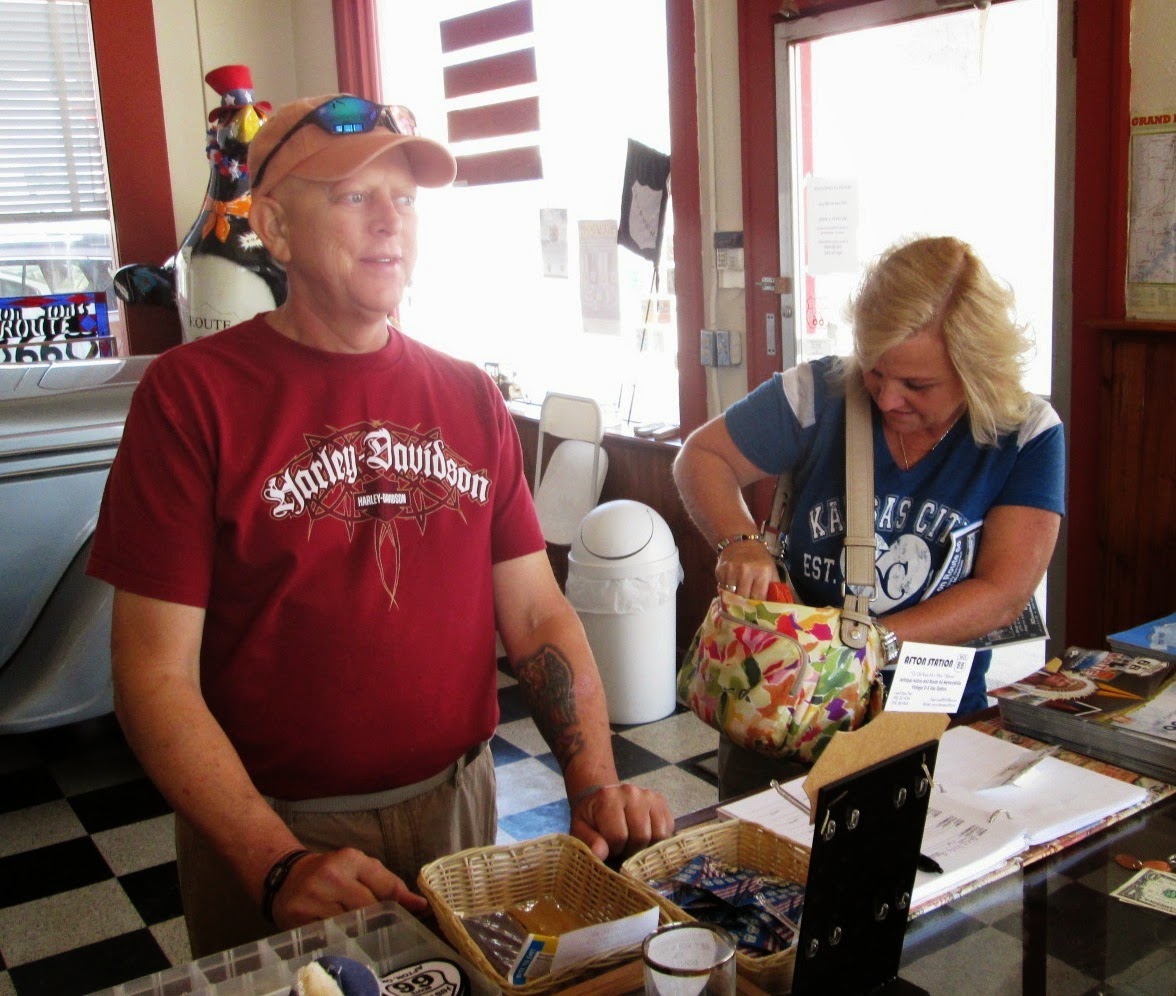 We were expecting more motorcycle visitors than we had today, since a gigantic National Biker Roundup is happening in Tulsa this weekend, with some 55,000 bikers expected to attend.  I guess the festival has provided enough for them to do that they didn't feel the need to cruise Route 66, but we did have a few nice bikes show up today.  Our visitors from Toronto, Canada were on these gorgeous rides. 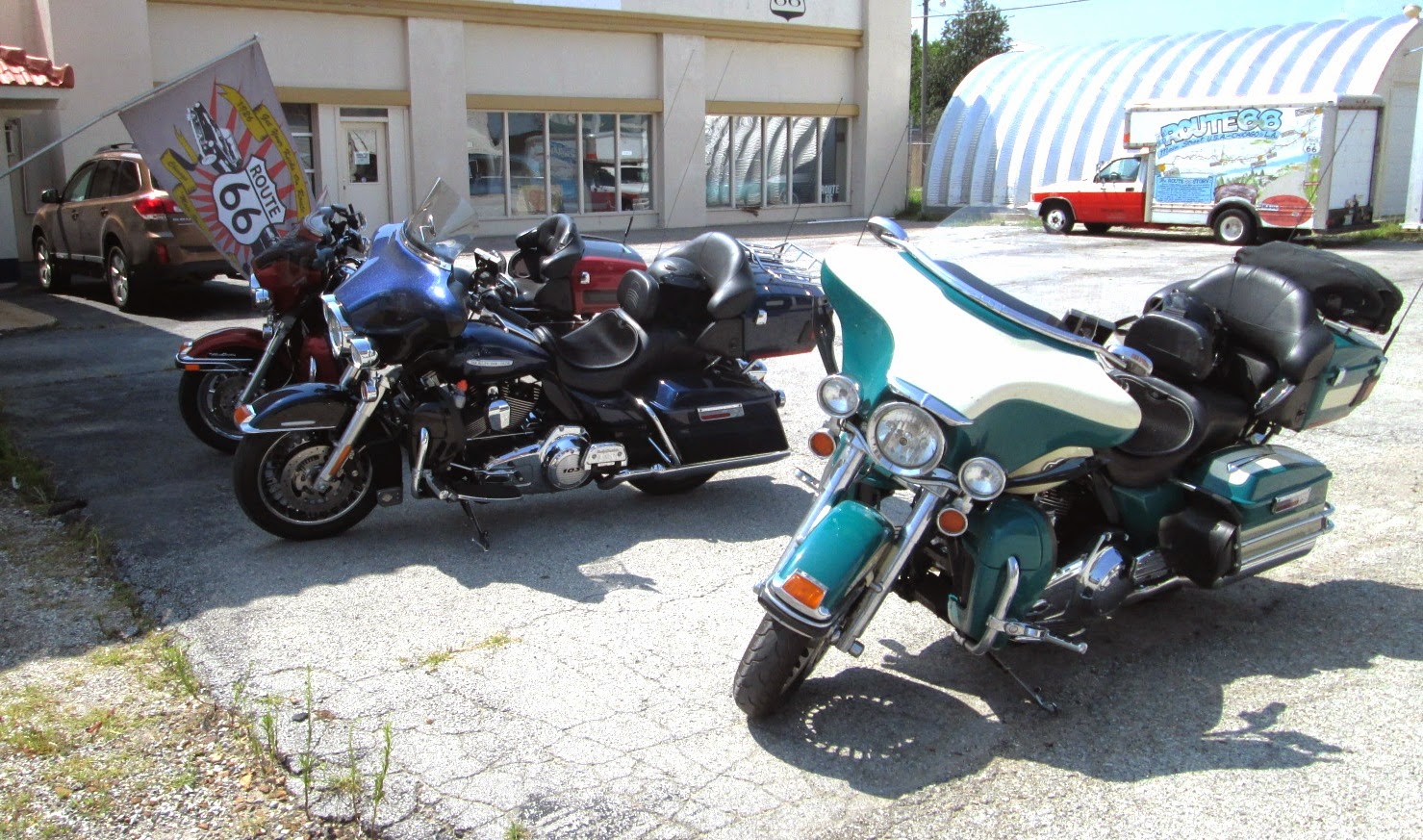 We had a number of folks from the U.K visit.  This  young couple is from Yorkshire. I asked what made them decide to cruise Route 66 on the young lady's 30th birthday, and the answer was that she's wanted to drive the Mother Road ever since she was a young child.  I get that response frequently from younger people from overseas. I only wish that American young people would more often feel that way.  Fortunately, the CARS movie has inspired lots of very young folks, so perhaps as they grow up they'll want to check out Route 66 on their own.

Tomorrow is another day, and Ron M. and I will be back in Afton hoping to see some of you on the doorstep.