And A Good Time Was Had By All

Another unique day on Route 66 and at Afton Station in beautiful downtown Afton, Oklahoma.  I love mid-summer because it's certain that there will be lots of visitors and they'll be an interesting group.  Even though it was pretty hot today, it didn't stop a number of motorcycle riders from stopping in.  We also had quite a number of European visitors. 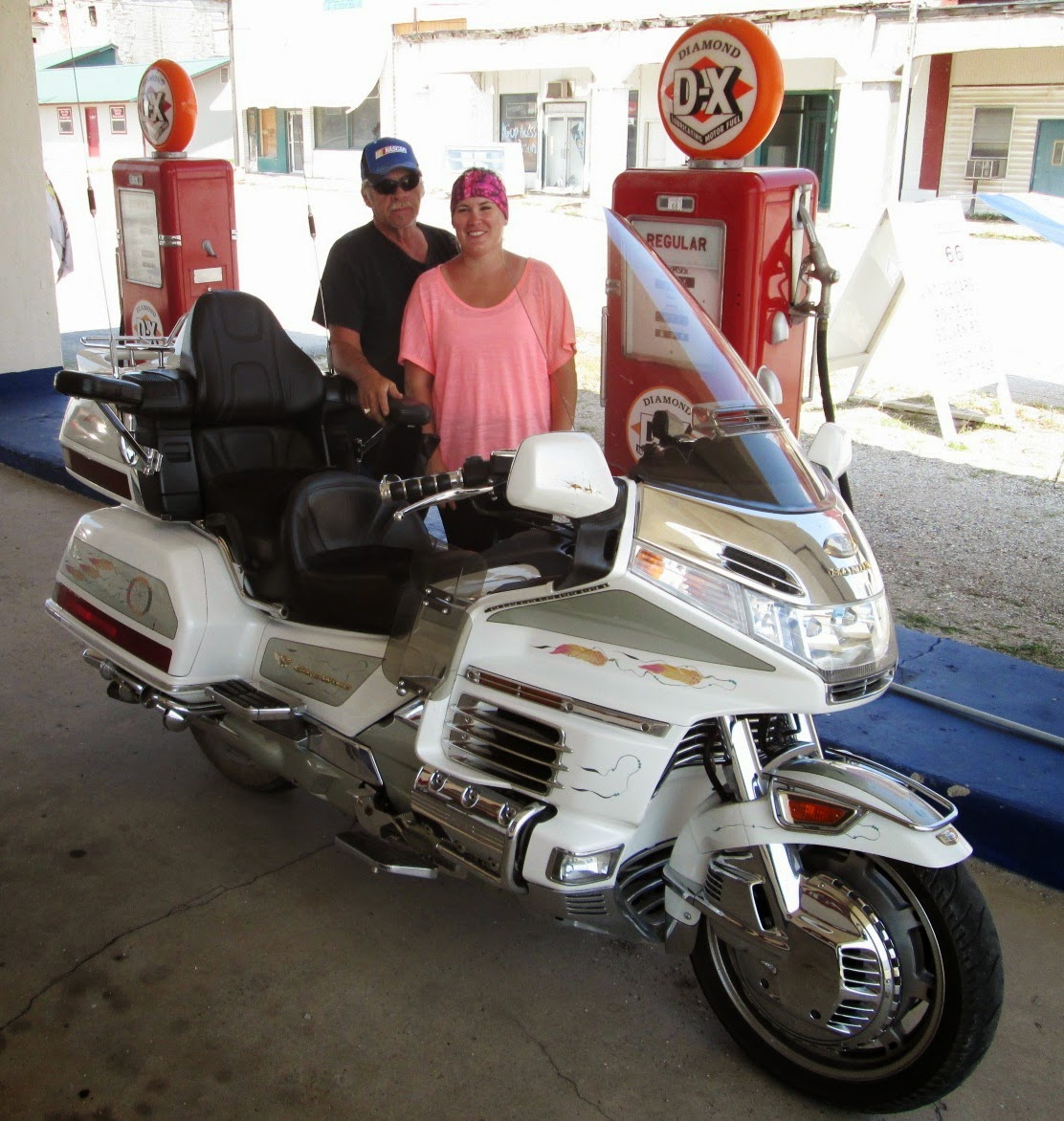 I love this Gold Wing from Norman, Oklahoma, a gentle green with some beautiful Native American paintings on it.  The owners have a 2-door DeSoto Airflow just like ours, another of the remaining 6 still in existence! 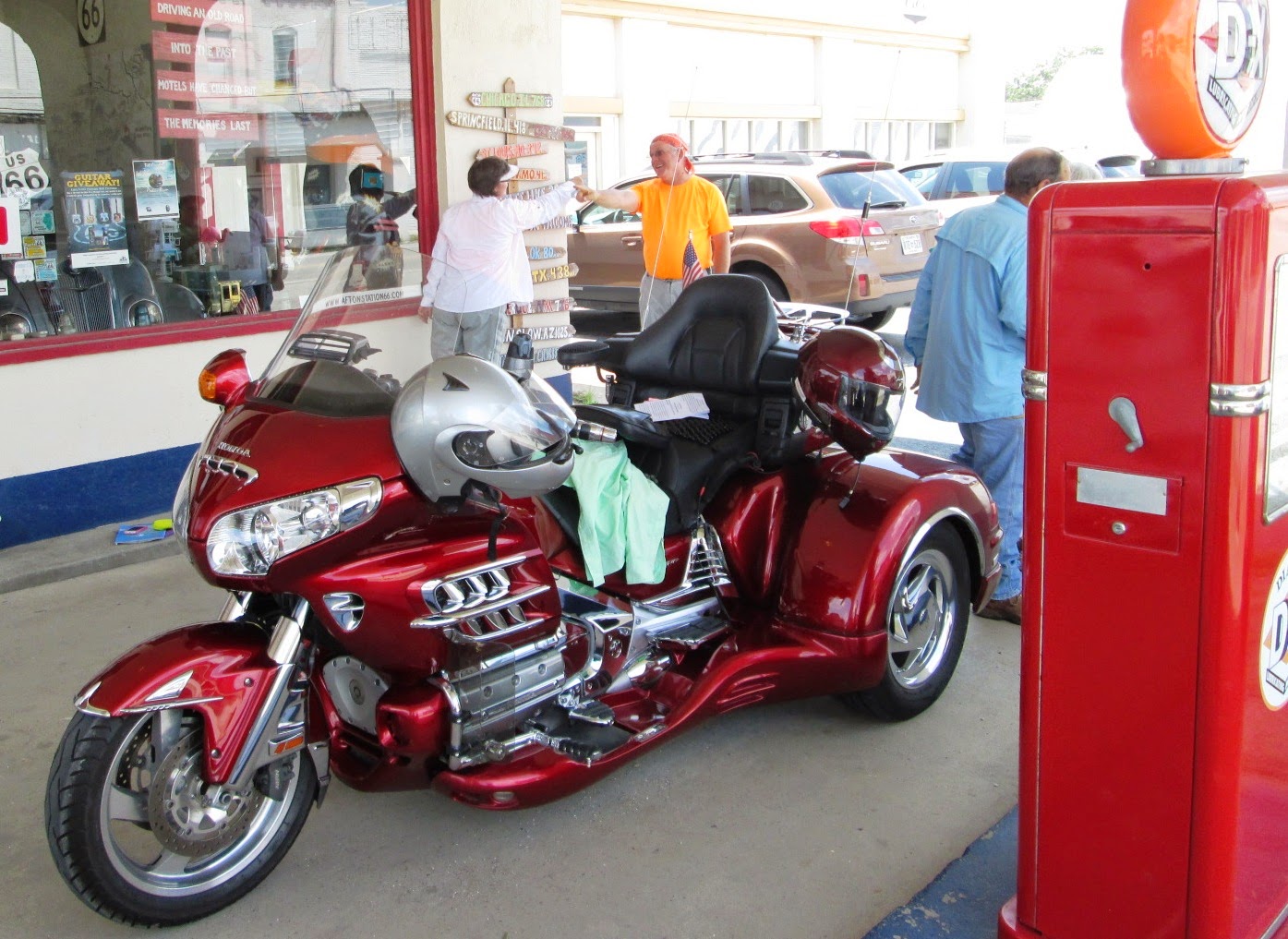 Three couples from Yale, Perry, and Stillwater, Oklahoma, arrived on their Gold Wings, too.  They were there to have their passports stamped.   A biker shop in Tulsa is sponsoring a game where riders must have their "passports" stamped at about 20 sites all over the state before December 1.  Since we're one of the sites, we've met some nice people as a result of the activity. 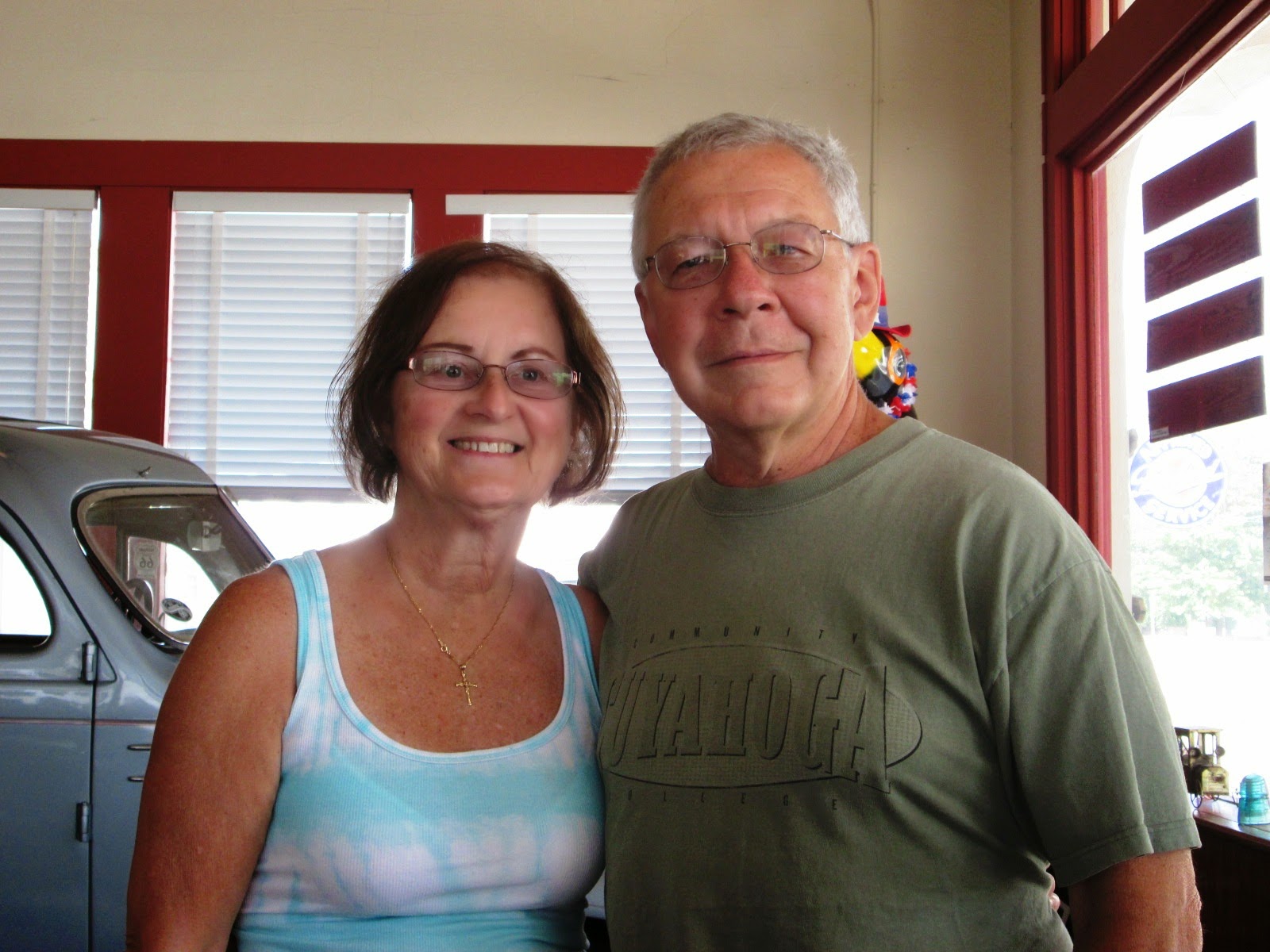 These folks are doing a full Route 66 trip, and since they're from the city of my birth, Cleveland, Ohio, I just had to include their photo here.  Nice folks enthusiastic about their travels. 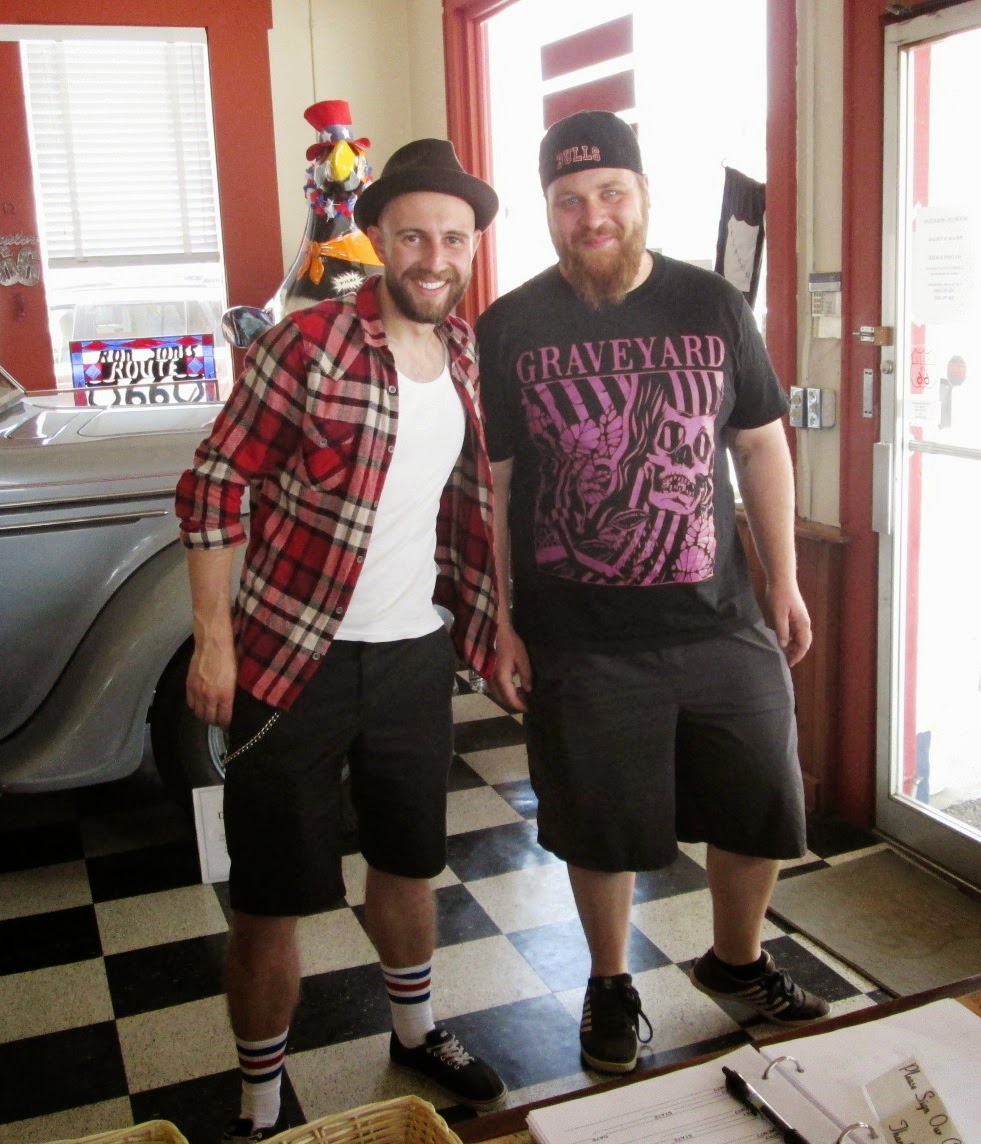 These two gentlemen from Fulda, Germany flew into Detroit, bought a car, and set out on their Route 66 excursion.  The car they're driving has given them relatively no trouble so far, although it's not not exactly a picture of great beauty.  :-)   They haven't decided yet whether they want to take it back to Germany with them. 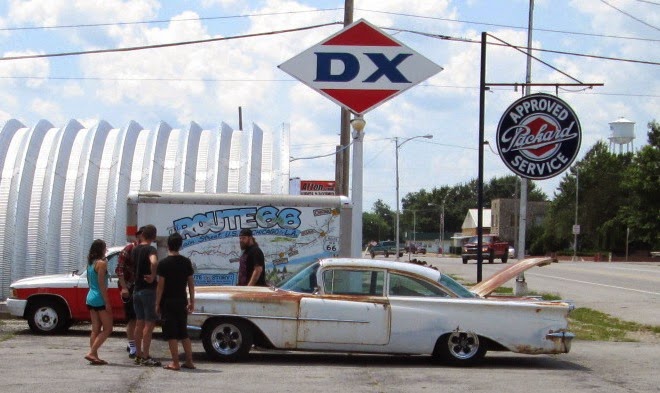 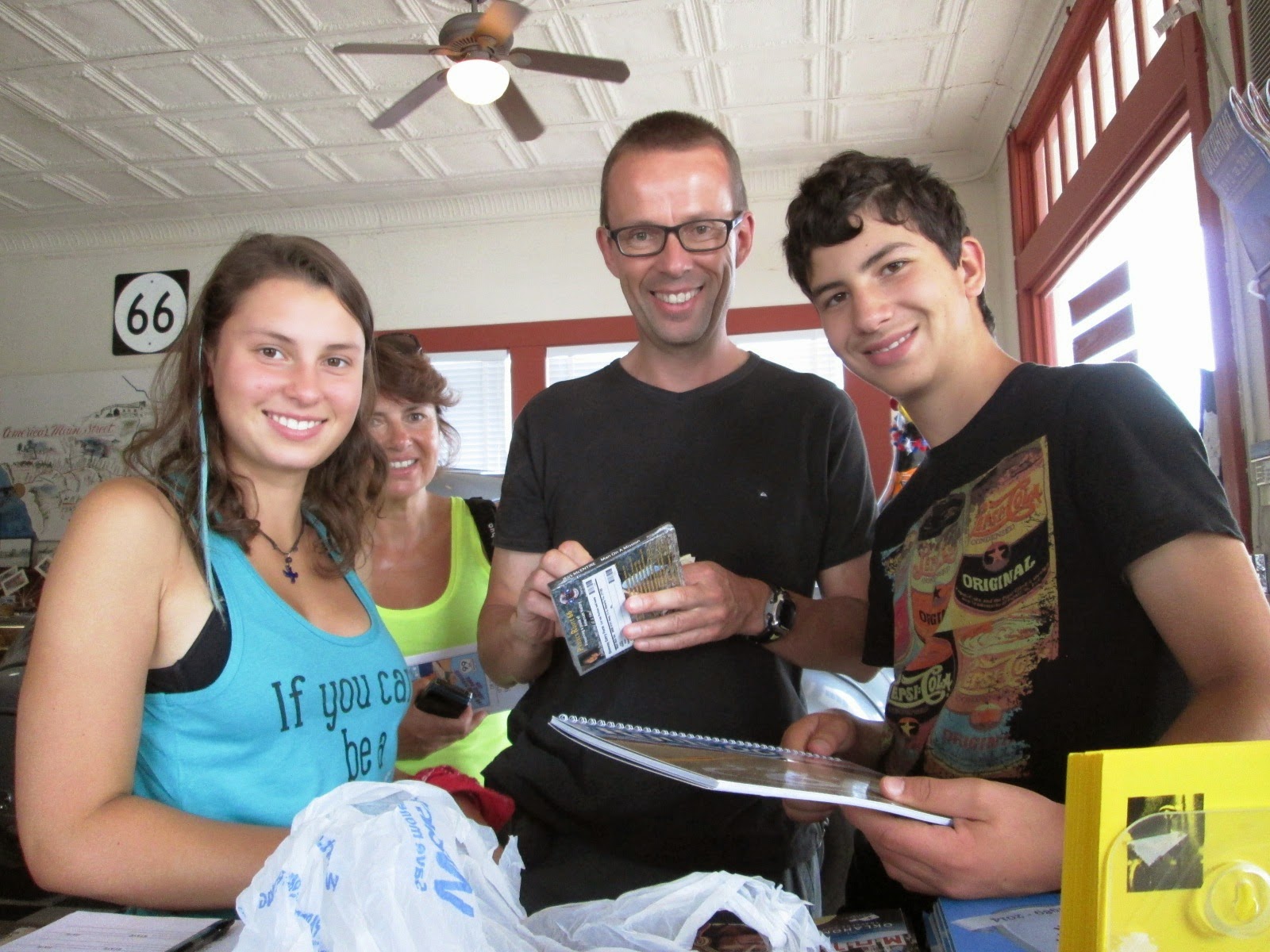 This French family is traveling and seeking unusual Route 66 souvenirs to take home with them.  They came to the right place.  They were excited about a Jess McIntire CD we sell which includes a ticket which, when sent to McIntire, is eligible for winning a beautiful, exclusive Route 66 guitar autographed by Loretta Lynn.  Despite a bit of a language barrier, they indicated that the chance to win the guitar excited them very much. 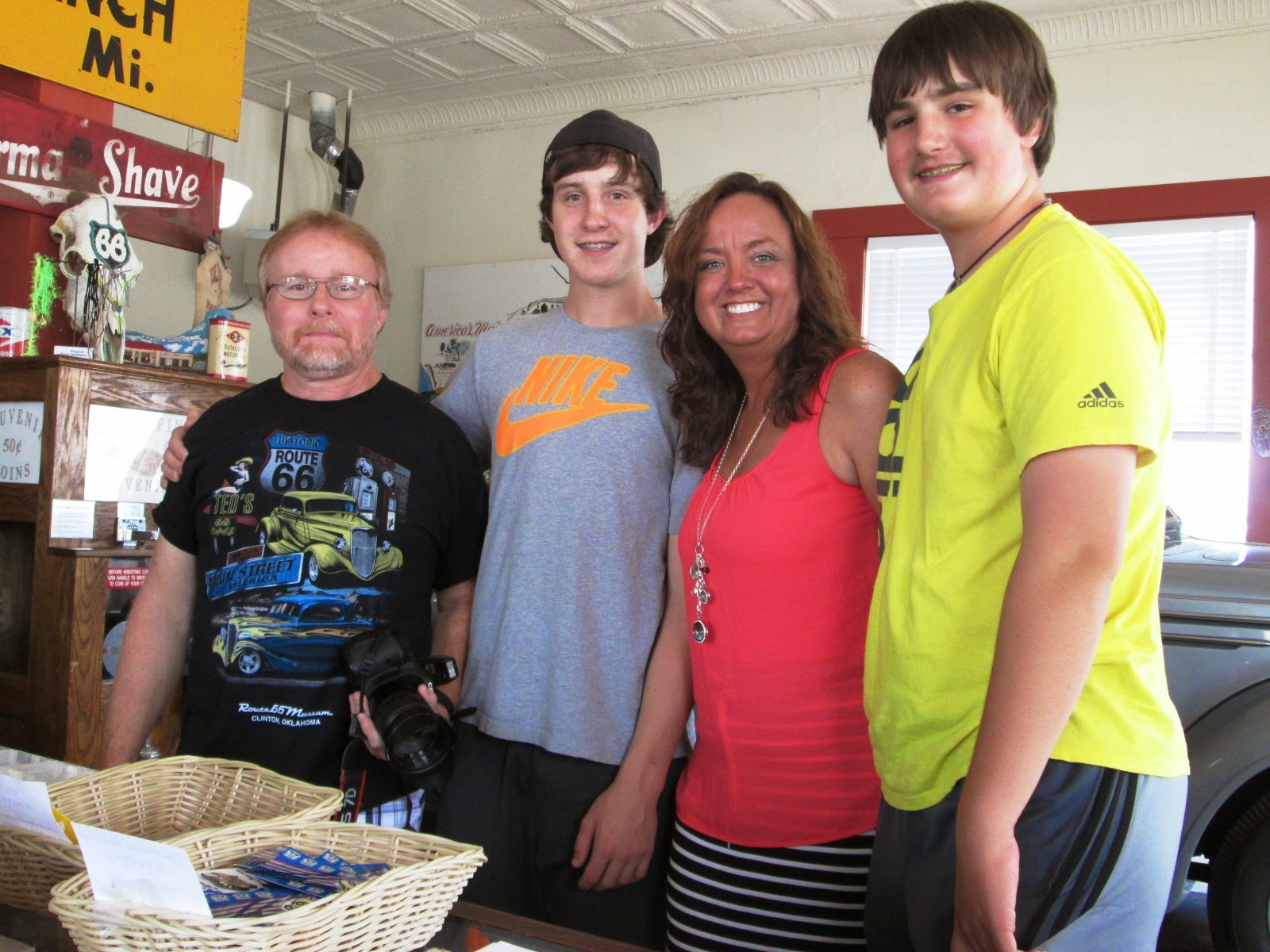 This is a family from Emporia, Kansas.  The young man on the right is David Cain.  Although the spelling is a bit off, it was fun to meet another David Cain.  I wish my partner David KANE had been here to meet him!  The young man's mother, incidentally, is Candy Cain!