As we had hoped it would be, today was glorious. The weather cooperated (except for a strong wind that didn't really bother anyone except those, like me, who were wearing skirts). The crowd was bigger than even I anticipated, about 70 for the monument dedication, maybe 40-45 who came back to Afton Station for the reception, then while many were still there, the group of 24 from the Eastern OK Mercedes Benz Club arrived in their neat old cars. It was party, party, party all day!

There were a few glitches -- an exploding 2 litre Coke bottle sprayed Coke all over, and I do mean ALL over, the room where we were setting up the refreshments. An iced cake landed upside down. One of the other cakes came out of the pan in crumbs. No sweat, though. All disasters were taken care of in no time.

We had Route 66 folks from Oklahoma, Kansas, and Missouri attend. Quite a few local citizens came too, including the Mayor of Afton. Brad Nickson, our OK Route 66 Association's Eastern VP, gave a great speech telling a bit of the history of the Ribbon Road and the monument program and thanking all the appropriate people.


There were also 11 other "drop in" travelers who came for a visit. They were from Wichita KS, Modesto CA, Riverton KS, Yukon OK, and Nottingham England.

Ron M. took many, many photos, but I don't have the time or energy to sort through them tonight. Over the next few days I'll get them in order and post more here. Meanwhile, here are a few. 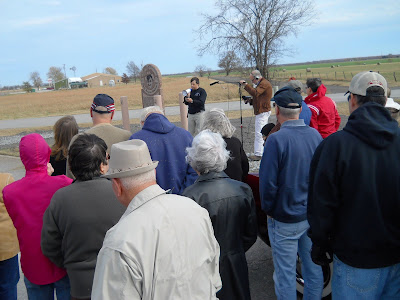 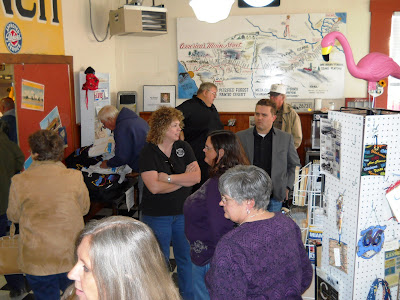 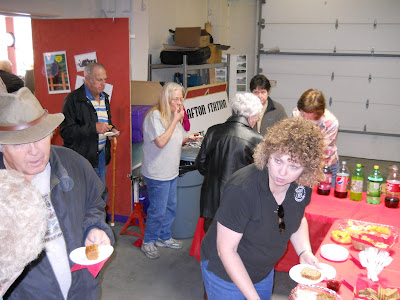 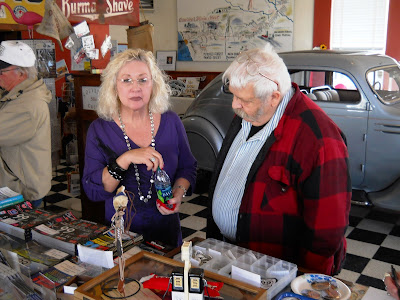 Wow is right. Wonderful weather, a great turn out, and now Afton Station has a "soda fountain". Well done and congratulations to all involved.

Congratulations, Laurel. What a wonderful turnout. Wish I could have been there. You must be happy to see your persistence pay off with a monument for that special stretch of Route 66.

Denny - Thanks, Denny. Actually, the "soda fountain" was quite dramatic, right up until it turned the floor into a skating rink, followed by a morass of stickiness. Just a little pre-event test to see if I could maintain my sunny disposition. As it turned out, I passed the test. Wish you could have been there.

Susan -- Wish you could have been here. I was truly inspired by the number of people who actually cared about the monument and the old road.

I hope now that the county will take better care of the road. I've been over it a couple of times, and it seems the county just buries it with gravel.