. . . and nobody came? Unlike the last Afton Clean-Up Day, which was quite well-attended, this one was pretty much of a fizzle. The chairman, D'Ann, showed up, as did a couple of other people, but only enough to form one team to go out and clean up one property. I had a 30-cup coffeemaker filled up and ready to go, but most of it went down the drain. Perhaps the cooler weather had something to do with it, or maybe it was the large number of local football games. But as you can see, D'Ann and one volunteer, Mike, are still smiling despite the disappointment. 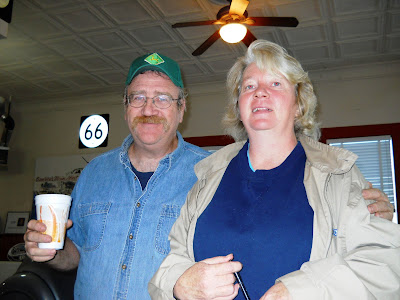 Getting to the Station at 7:30 this morning (yes, Ron M. and I had to leave Tulsa before 6!), meant that we had a rare opportunity to photograph in the dark. Ron took these really nice pics. 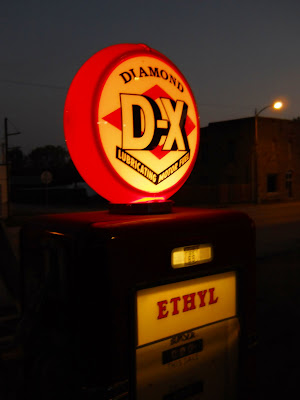 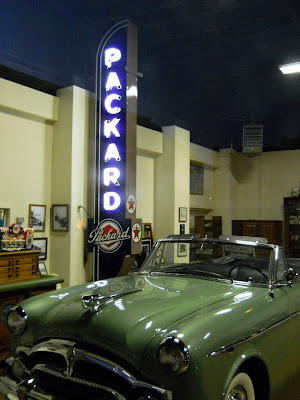 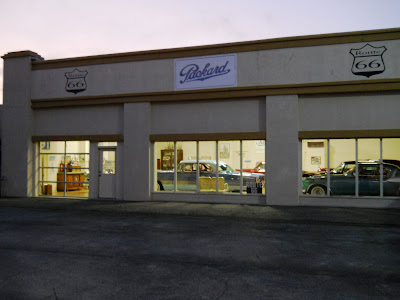 Once we dismantled the cleanup paraphernalia we had some down time, but shortly thereafter the travelers started to arrive. By the end of the day, not counting the Aftonites who did show up for the cleanup, we had hosted visits by 14 folks. They originated from Washington IN, Cedaredge CO, Grove and Miami OK, and Stockholm, Sweden. Marly and Tattoo Man were both around for a while, too.

Tomorrow might turn out to be very interesting, so stay tuned. . .
Posted by Laurel at 5:14 PM