Now I realize how much I really needed a day off. The trip to Arcadia and Oklahoma City today was just what the doctor ordered. I feel refreshed!

Ron M. and I met filmmakers/photographers/friends Rick and Richard in the parking lot of Pop's in Arcadia and piled into their car for a driving tour of Oklahoma City. Since both guys are long-standing members of the OKC Historical Society and have done extensive filming in the city, they were perfect tour guides. We concentrated on downtown OKC, including the neighborhoods of Bricktown, Automobile Alley, Deep Deuce, and Heritage Hills. I was stopped in my tracks when we came upon the former Packard dealership building, now restored and appearing to house an art gallery. 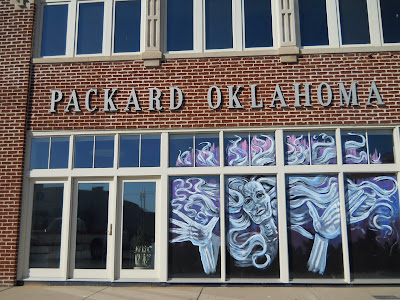 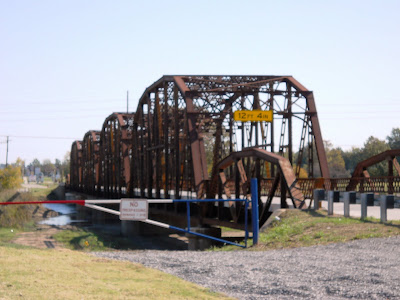 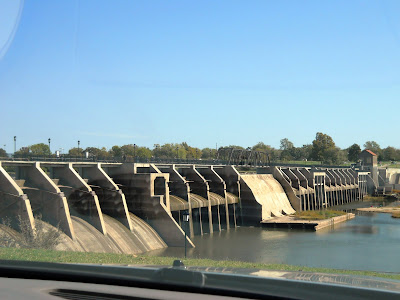 After several hours of touring, we stopped at Ann's Chicken Fry, the famous OKC Route 66 eatery. It changed my opinion forever on the matter of chicken fried steak. This was scrumptious! 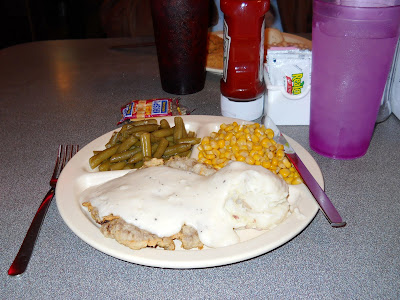 Once our stomachs were ridiculously over-filled with unhealthy but lip smackin' good food, we moved on to Arcadia to attend the first book signing of Jim Ross, Shellee Graham, and Jerry McClanahan's outstanding new volume "Route 66 Sightings". 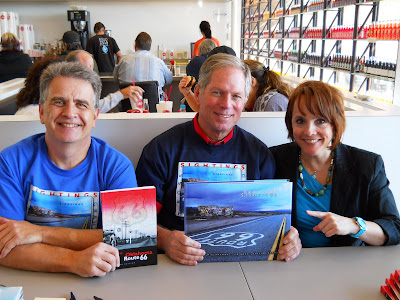 Pop's was packed with people, and many were purchasing the book. Jim was also selling the new revision of his wonderful "Oklahoma Route 66" guidebook. We saw several friends there, although we were only able to stay for about an hour before saying good bye and thank you to Rick and Richard and heading back to Tulsa. What a super day! Tomorrow, back to Afton Station to celebrate Marly's birthday.
Posted by Laurel at 5:26 PM

What a neat day you had. I've heard so much good stuff about Pops. I wish it was closer.

Yes, it was a really fun day!
You can order the book right from the authors at:
http://66maps.com/products.html

It's worth every penny!