I'm writing this during a rainstorm! In our drought ridden part of the world, this is the best news yet. I'm sure it won't last long, but it's really coming down. YIPPEE!
_____________

To say this was a busy day at Afton Station would be an understatement! It was wild! For one thing, the whole gang was there. . . Ron M., Tattoo Man, Robin, Phil, Marly, Betty, and even Michael Wheat drove over from Pryor. All those people there made things fun, and when the visitors started to come in by the dozens, they were a great help to me. On top of that, Betty brought a rhubarb pie. . . hot out of the oven with the best crust in the world. YUM!

Clearly, it's August vacation time in Europe. We had visitors today from the the Hague Netherlands, Strassbourg France, Antwerp Belgium, and Vigo Spain. The couple from the Netherlands are on their honeymoon, so they deserve to get their photo posted here: 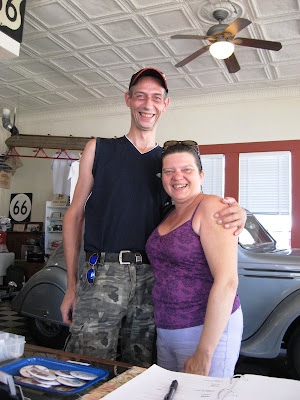 We had 60 visitors altogether, but the main body of guests consisted of another one of Dale Butel's jolly bands of Aussies. Dale is a wonderful tour director, and the tour groups he brings over from Australia are always such great people. I'm always psyched when they visit. Here's most of their group of 28. 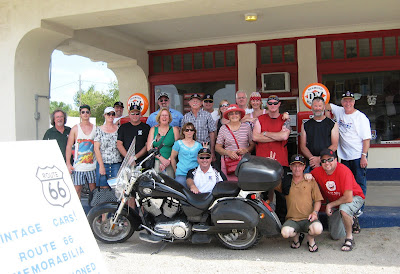 And here's Dale himself. 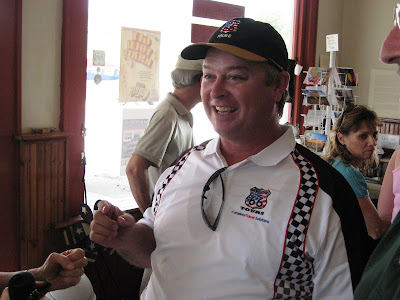 This gentleman from Cambridge, MA is biking (as in bicycle, not motorcycle) across the U.S., having started in Denver. He was remarkably upbeat considering the temperatures he's been dealing with. It was 110 today, but off he went to do his "daily 80". 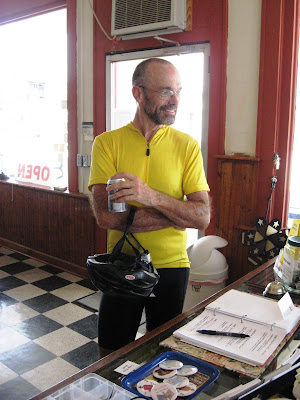 The folks from Grove, OK came in their cool '80s era police car. It's branded as a California Highway Patrol car, but actually never was. It's for sale. Tempting. Park that outside of Afton Station and I'll bet the speeding thru town would be cut down dramatically! Heh heh. . . 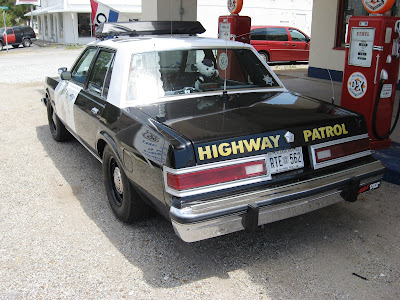 I got home just prior to this big 'ol downpour. I think I'll go out on the porch and smell the wet earth. It's been a long time. . .

So glad you are getting rain.