Slow day, short blog post. It's daughter Sarah's last night here and I'd rather hang with her than type. I know you'll understand. But, I won't go without at least a short resume of the day.

Here are 4 photos from a group of 19 Australians who visited today. As with most Aussie tourists, they were driving rented Mustangs. Their leader, however, has his cool old Caddie. As with every single Aussie I've ever met, they were super, happy, friendly people. 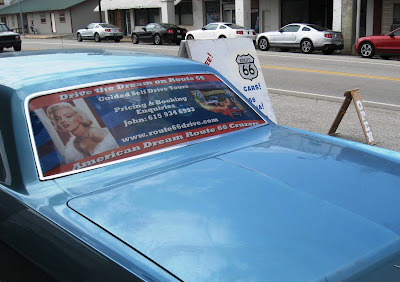 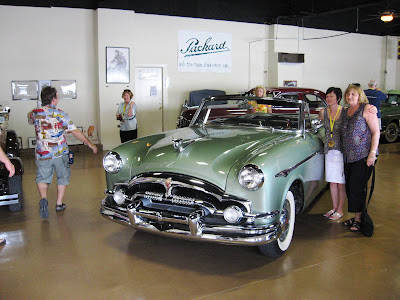 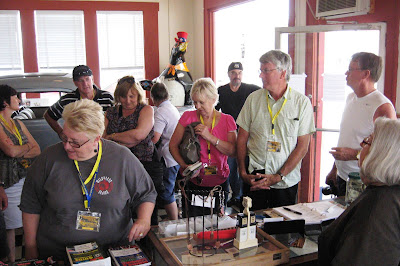 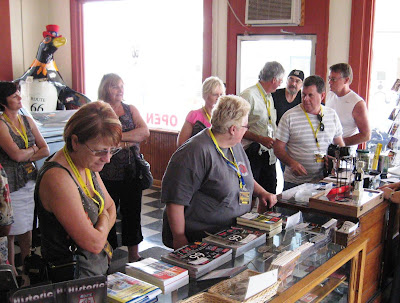 We also had a mere four other visitors, who came from Cincinnati OH, Tahlequah OK, and Afton. Tomorrow I predict I'll have a lot to report, so don't give up on me.