No, we haven't changed our focus, but you'd hardly know it by the number of neighborhood kids that have been visiting Afton Station the last few days. It's turned out to be quite the town hangout among the middle school set. They're all very nice kids, and some of them have already indicated that they'd like to sign up to work on Clean Up Day. I think they're all just getting bored, since summer vacation doesn't end until next week. We enjoy having them, however, and they ask good questions.
__________________

On the way to pick up Ron M. on our drive up to Afton this morning, I stopped to check out the man who climbed a radio tower here in Tulsa two days ago and won't come down. According to all I've heard and read, he's not suicidal, just in a mental state that makes him want to get away from it all. When I got to the tower, the sun was rising gloriously in the background, however due to a camera malfunction I don't have a photo to show you at this time. I haven't heard the news since I got home, so I'm not sure if he's come down from his perch yet.
_________________

This is Robert Madison Henson. He was a competitor in the Route 66 International Transcontinental Footrace held in 1928 by promoter C.C. Pyle to celebrate and publicize the opening of Route 66. Unfortunately illness brought about by eating a lemon caused him to find it necessary to drop out of the race west of Tulsa, but making it from Los Angeles to Tulsa was no mean feat in those days of inadequate footwear and lousy accomodations and food. Why am I telling you this? Because I had the honor of meeting his daughter today, as she and her husband came for a visit to Afton Station. They live in Claremore, but never knew much about the race until starting to hear a lot about Andy Payne, the eventual winner from Foyil, OK. It was most interesting to hear what her father told her about the race. The photo above is from my official program from the race. (Yes, I have one..... brag, brag!) I'll provide a photo of Mr. Henson's daughter if I find a way to restore my photos.

Other visitors today, not counting all the neighborhood kids, came from Tulsa OK, Tucson AZ, Joplin MO, Grove OK, Austin TX, Seneca KS, and Schagen, the Netherlands. Weatherwise, it was an absolutely glorious day. We didn't turn on the air conditioner all day and were entirely comfortable.

Check out this commercial, taken at Afton Station in March, by the Brother Company. It's one of a series of ads with Route 66 themes. This one features Ron "Tattoo Man" Jones.

Here are the two photos mentioned above. Ron M. managed to retrieve them for me. 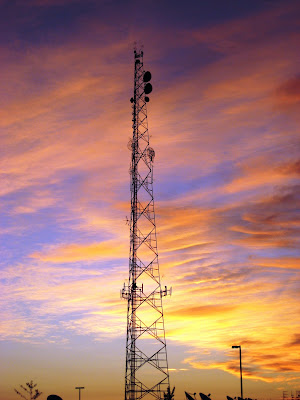 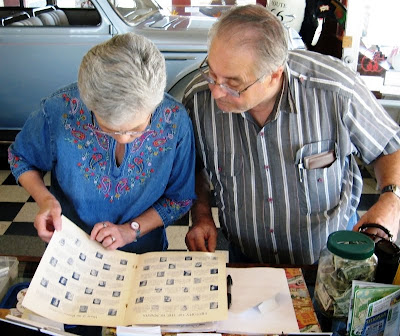 Nice video. Ron looked and sounded great. Are these playing online? On TV?

I'm not sure where they'll be playing, Susan. There's a little bit more information and some of the other segments at Ron Warnick's blog (http://rwarn17588.wordpress.com/). They were done by a British film crew, but I never asked them where or when they'd be showing.

I went looking for the other Route videos done by Brother and found 3 of them as part of an article in the Route 66 News. The article includes the one of Ron at Afton Station. I love the third video that features a lit professor and his beat/jazz poem about Route 66 and labels. http://rwarn17588.wordpress.com/2011/08/12/brother-takes-a-cruise-down-the-mother-road/

Glad to see the kids in Afton getting involved. I can imagine there's not much to do if you're a teenager growing up in Afton.