I've just arrived home from the annual International Route 66 Festival, this year held in Amarillo, TX. The committee responsible for putting the event together this year did a fantastic job! As always, it was great fun to reunite with so many of my Route 66 friends. There were banquets, breakfasts, meetings, tours, displays, vendors, all the usual convention stuff, but all dedicated to the love of Route 66 and the preservation of the Mother Road, both physically and as a memory of past days of slower travel and greater appreciation for the little things along the road.
Ron M. and I squeezed in a couple of shorts trip -- to Palo Duro Canyon on Friday, and out to the Texas/New Mexico border on Saturday. Palo Duro, the second largest canyon in the U.S., is a mere 30 miles outside of Amarillo. I love the vastness and flatness of the High Plains as old Route 66 heads out to Glenrio, a ghost village on the TX/NM border. Photography wasn't a priority on this trip, but I did snap a few pictures, and here they are.

Each year we have a special breakfast just for members of our Yahoo eGroup. If you're reading this, and you're a Route 66 Fan, please consider joining this group of avid and darn near militant Route 66 supporters. We're a lot of fun, too. :-) http://groups.yahoo.com/group/route66/ 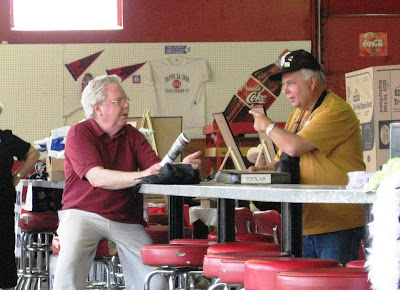 Chatting with dear friend David Knudson from Lake Arrowhead, CA and great postcard collecting friend Steve Rider from Albany, NY at the Artists, Authors, and Accumulators area of the convention. 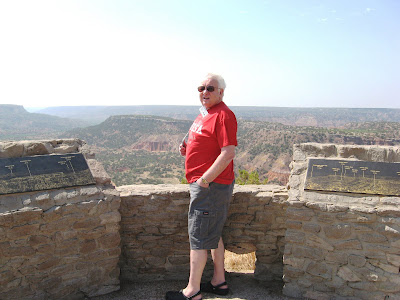 Ron M. looking over Palo Duro Canyon. Better pics of this magnificent place at www.palodurocanyon.com/. A natural wonder not to be missed. 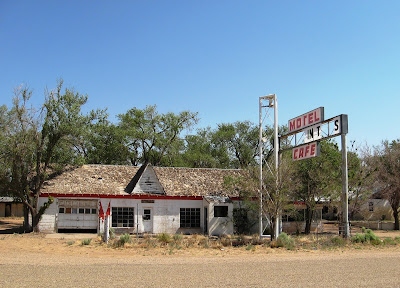 Everyone's favorite Route 66 ghost town, Glenrio, on the TX/NM border. This is the former cafe, with a motel behind. 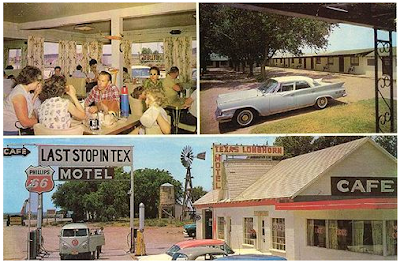 Here's how it looked in its heyday. 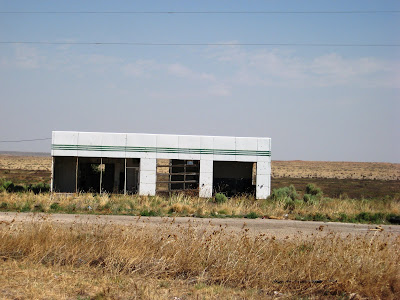 Once a bustling Texaco station on the High Plains west of Amarillo. 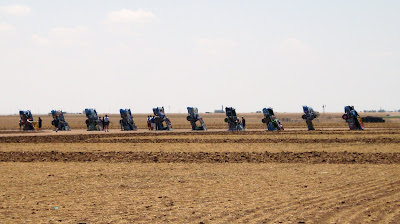 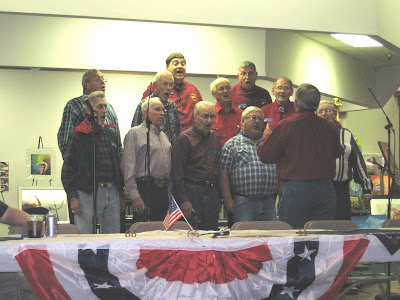 Amarillo's Golden Spread Chorus serenaded us prior to dinner at our big Saturday night banquet, attended by about 300 Route 66 roadies from all over the world. 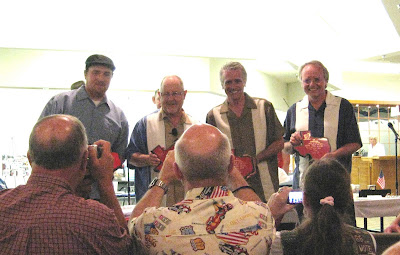 My friends and favorite country band, The Road Crew, won the first-ever Bobby Troup award for excellence in Route 66-related arts. Lots of photographers in front of me, but I managed to catch all four of the guys. 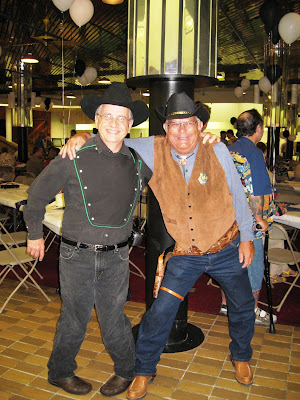 Artist Jerry McClanahan and Dean "Crazy Legs" Walker, went all out for the banquet.

I think I'll have more to say about this event when I have time to digest it all. As always, a great time was had by all!