I Am Not Amused!

It's no secret that I HATE snow! I don't consider it pretty or fun or even interesting. In fact, I consider it a pain in the ass, period! Today, here in beautiful downtown Tulsa, we are having a good old-fashioned blizzard! Tulsa isn't famous for big snowfalls, so they're predicting this one will break records. I grew up in lake-effect snow country (Cleveland, OH), and then spent most of my adulthood in snow country (Connecticut), but I never got used to it. I really hoped this would never happen here in Oklahoma, but here it is. The photo below was taken 5 minutes ago from my front porch. If it looks familiar to you, the second photo was taken almost exactly a year ago, Jan 29, 2010 to be exact. But this year, there's a lot more snow!! 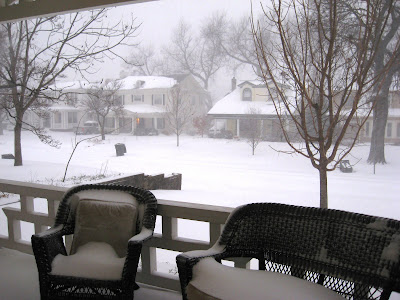 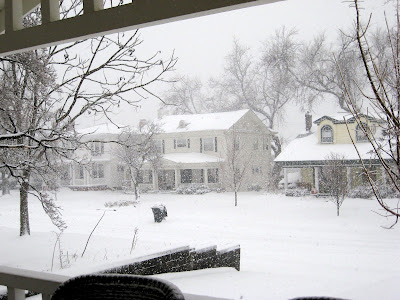 Jan. 29, 2010
__________________
I'm sure this looks like nothing to my friends on the East Coast after the mess they've gone through this winter, but please forgive my grumbling. Part of my bad mood comes from the fact that I have to semi-fast today since there's a chance I might not get to dialysis tomorrow. Nothing like being stuck in the house during a snowstorm and unable to eat or drink. If you don't hear from me again, it's because I've chewed my fingers off.

Here's my brown car. Maybe when the snow stops, I'll be able to test Subaru's claims of building the #1 best car for handling in the snow. I'll be back with a report tomorrow. 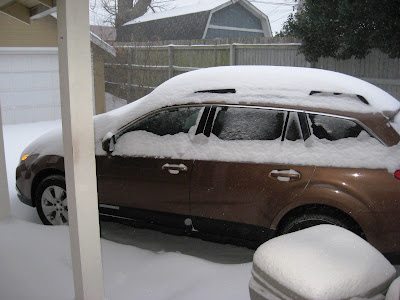 I think snow is pretty if I can be at home with a cup of coffee, or building a snow man for my kids.

But when I'm trying to drive to work, or dig myself out of the ditch, or otherwise NEED to get out in it,then I agree with you.

It's just now hitting here, and looks to be a doozy. Stay safe and warm, and if you do manage to get out tomorrow, I also hear that Subaru's are great in the snow.