Emerging from Hibernation With a Smile

Being snowbound isn't all bad. Isolation can lead to creativity -- in my case, creativity about which I've been procrastinating for months and months. Yesterday, I put the finishing touches on a big project promised to the Route 66 Interpretive Center in Chandler for way too long. The feeling of completion is wonderful!

I am very fortunate to have a large collection of Route 66 postcards (about 5000 at last count). A subcategory of collectible postcards, called "real photo cards", is just what it sounds like -- real photos! These are the black-and-white images from the early to mid-20th century which are printed directly on photographic paper. They were often the product of itinerant photographers who would come into a town, take photos of landmarks and businesses, then sell them to the people of the town. They are quite rare and reasonably valuable. I have quite a few real photo cards, and it's with these that I created my display. The display consists of four big frames which, when hung together, show all of Route 66 as depicted on these real photo cards. It consists of images of filling stations, motels, and cafes. I hope everyone will come to the Interpretive Center this summer to see the display. Meanwhile, here are a few of the cards I used in the display, so you can see what I'm talking about. 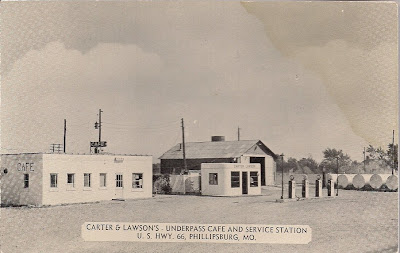 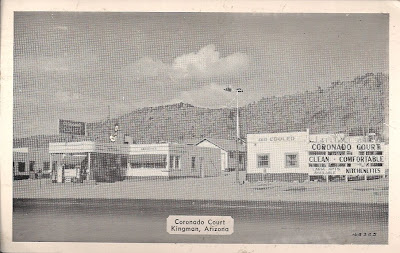 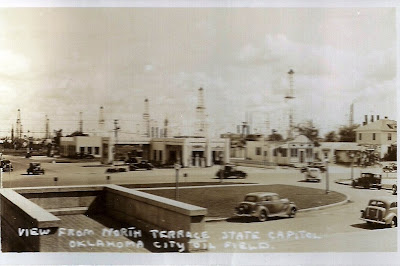 Rare view from North Terrace of Oklahoma State Capitol, showing gas station across the street and many oil well derricks in the background. Route 66 at one time ran directly in front of the Capitol in Oklahoma City.

Here's a bad photo of part of one of the frames, complete with glare. :-( 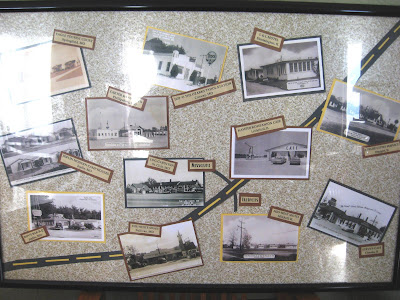 For those who have been following my winter saga, I'm happy to announce that I had my driveway shoveled last night, and this morning I had no trouble driving to and from the dialysis center. So I'm back to being my normal, calm self and can stop exhibiting the annoying traits of the highly stressed. But don't get me wrong. I still hate snow! 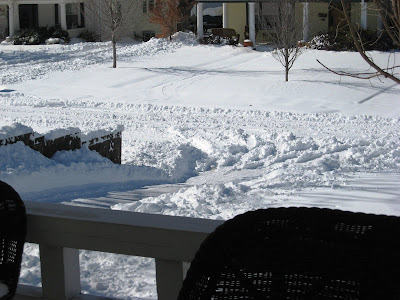 My driveway, or as much as you can see from my front door

Extraordinary pictures. Yes, I think the best of what I've ever created in music or poetry has been while solitary, alone, even depressed - but always in our state of self-knowledge. I think that's where we find the important truths of our lives.

Makes one wonder what are we throwing away today that in 50 years will be valuable.