Today couldn't have been more different from yesterday.  All morning, you could hear a pin drop at Afton Station.  Ron M. and I used the quiet time to catch up on reading, and Ron M. also did some rearranging of merchandise, etc.  (Thanks, Ron!)

It was nearly noon when our first visitors arrived, a young, quiet couple from Thum, Switzerland.  Although they spoke French, German, and  a bit of English they seemed reluctant to use any of them and preferred to roam around looking at the merchandise and admiring the cars.  That was fine with us.  We chatted with them just enough to realize that they're perfectly happy and satisfied with their trip to the U.S. and Route 66. 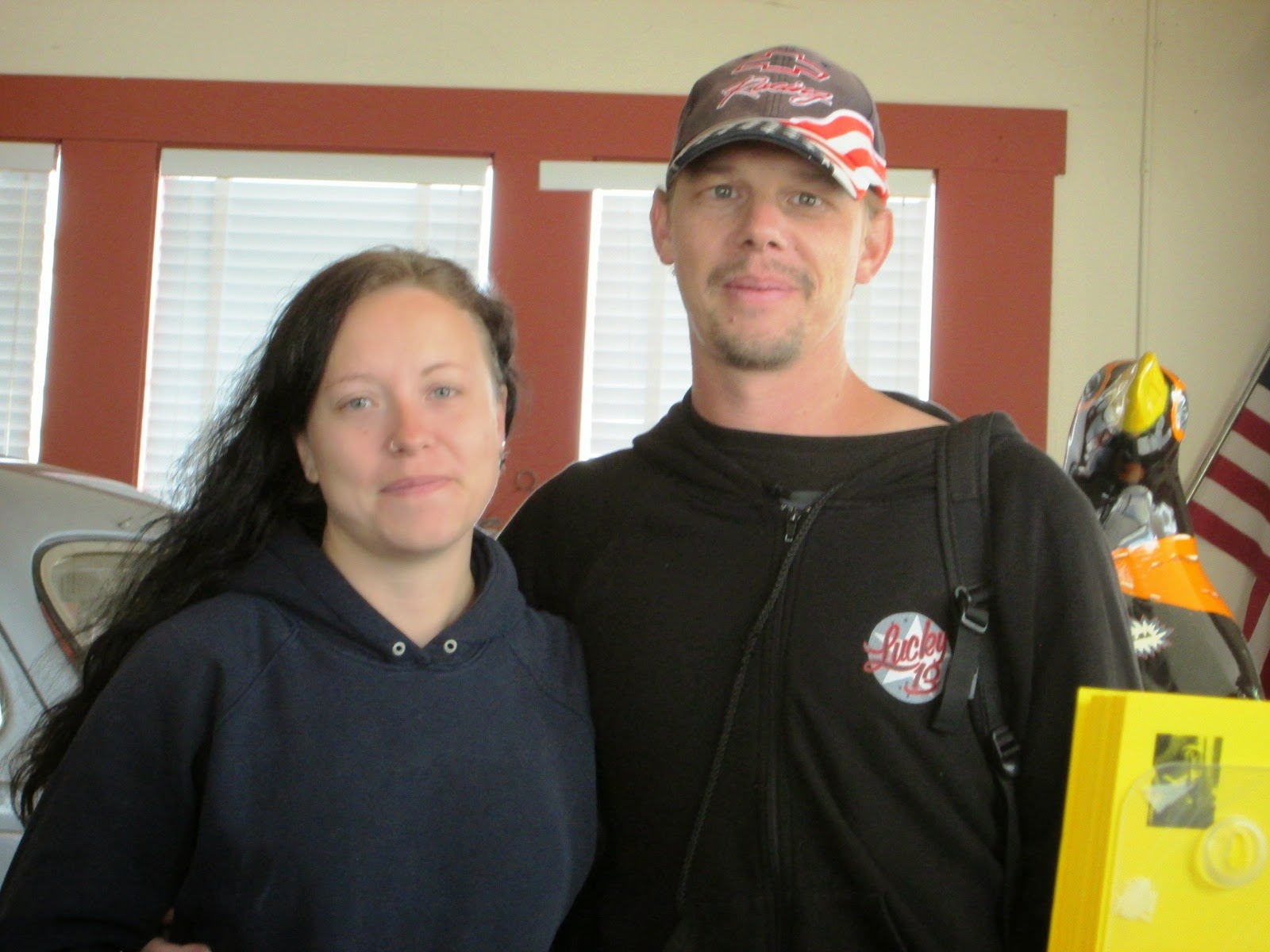 We put on a Road Crew CD to break the silence, and proceeded to wonder where everyone had gone.  Weather wise, it wasn't a perfect day like yesterday, but it was still perfectly adequate for traveling.

Later, a gentleman from Monkey Island, OK stopped by.  Monkey Island is a mere 15 miles from Afton, but it's amazing how many residents there have never visited the Station.  This fellow was one of those, and he really enjoyed finally coming in to see what he'd missed before.

Our only other visitors were three folks from Bridgewater, New Jersey. Their sons are participating in a national fishing competition down on Grand Lake and they were checking out the nearby countryside in their spare time.  I was rather surprised (and delighted!) to know that national fishing competitions for teenagers actually exist and that a big one is right here at our lake.  Apparently this one attracted teen fishermen from all over the United States.   Cool!

The afternoon was wrapped in more silence, and although we would have wished for more visitors, we also appreciated a time of rest and relaxation.   As the season progresses, there won't be very many days like this in our future!
Posted by Laurel at 5:20 PM