A Visit from Dentists

Somehow, a visit FROM a dentist is far less forboding than a visit TO a dentist.  For those of us at Afton Station, not one but two dentists came through our doors early this morning and the experience couldn't have been more pleasant.   Father, from Stayton, Oregon and son from Sublimity Oregon were in the area visiting relatives and decided to do a bit of exploring, particularly to the town of Cardin, OK where the dad grew up.  You might remember that Cardin was one of two towns that became Superfund sites about 20 years ago due to contamination of air, water, and soil from former lead and zinc mines.  Both towns were abandoned in the past few years and there is nothing left to see there.  Our visiting dentists wanted to bear witness to this tragedy with their own eyes and were going to do so as soon as they left Afton. 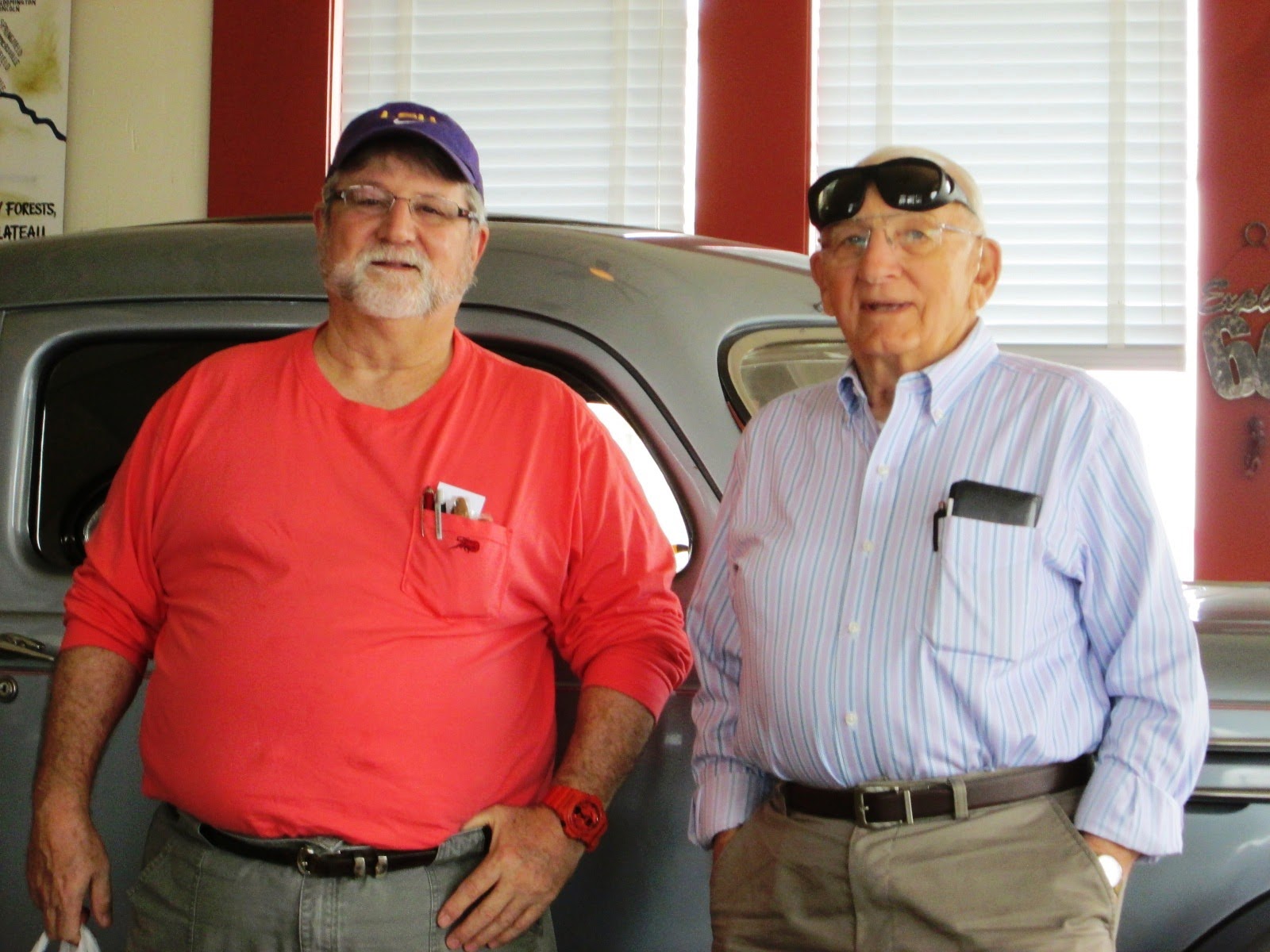 Meanwhile, they took a look at our vintage cars, then we had a very nice conversation with them which revealed that dad (right) is 89 years old and still practicing dentistry.   He was cool and sharp and I would have had no qualms about him working on my teeth.  (When asked if there was a fee to see our car collection,  Ron M. suggested he could pay by performing a much needed implant.   Thank goodness no dentistry was practiced at Afton Station today and the guys got in for free, just like everyone else.) 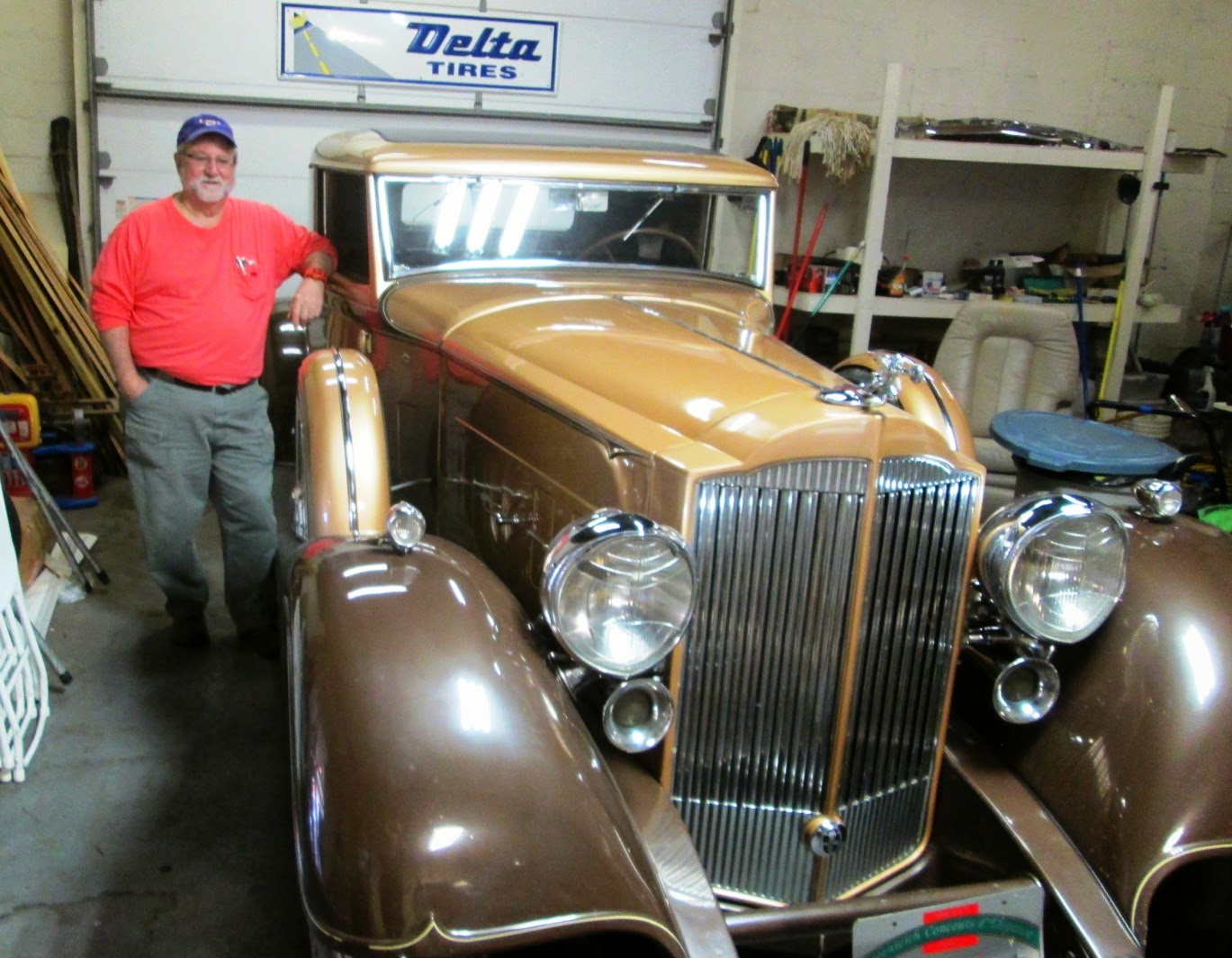 A beautiful young couple from El Vendrella, Spain was next to arrive.  With four weeks to spend in the United States, they planned to take it slow and easy and miss nothing.  Good idea! 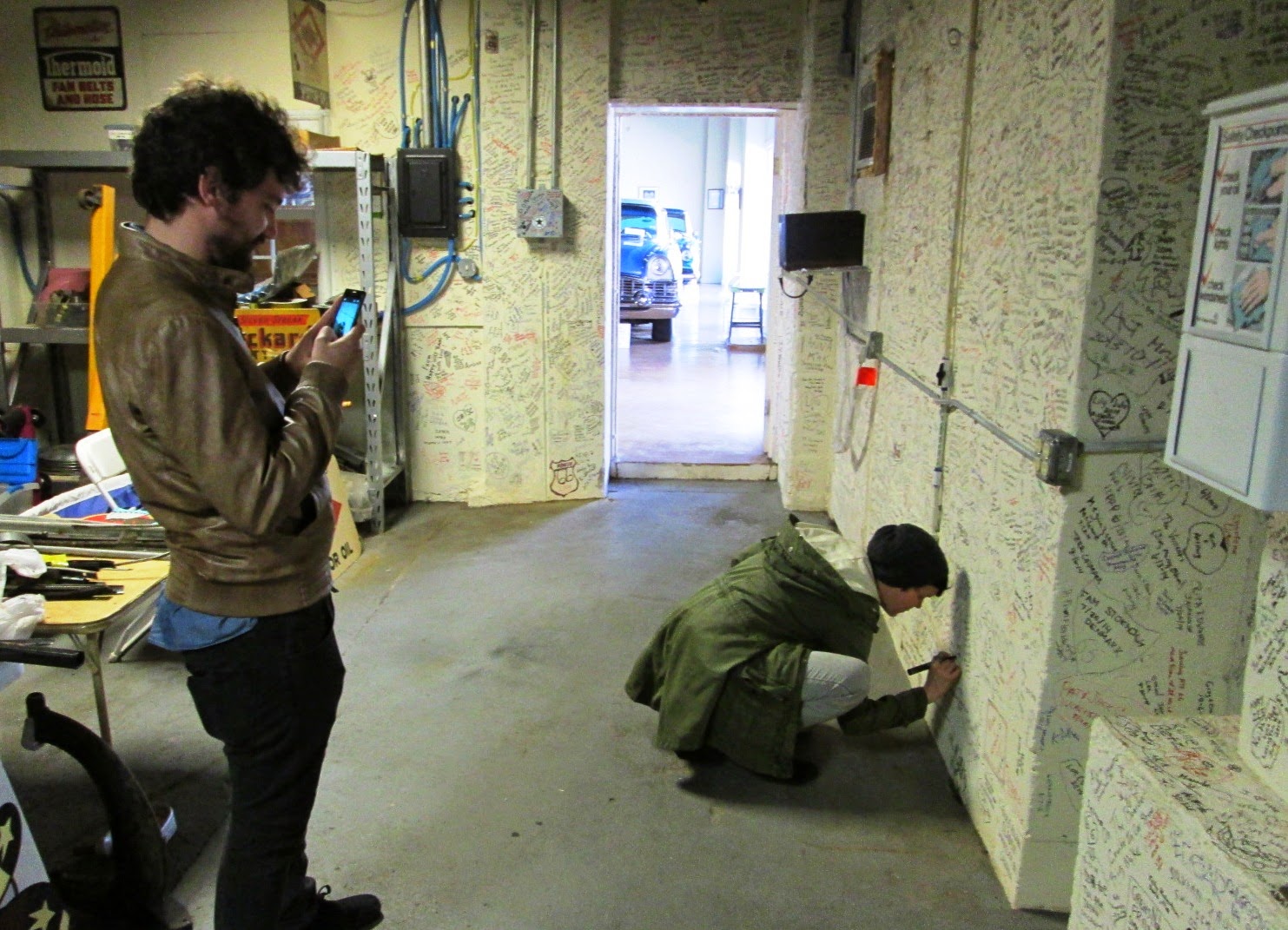 He manned the camera while she signed the wall.  With no spaces left except at the very bottom of the walls, we've had people get in very uncomfortable positions just to leave their autographs.  Foreign visitors are the most enthusiastic about signing the walls, and I feel sure we  have signatures from dozens and dozens of countries.  Here are a few. 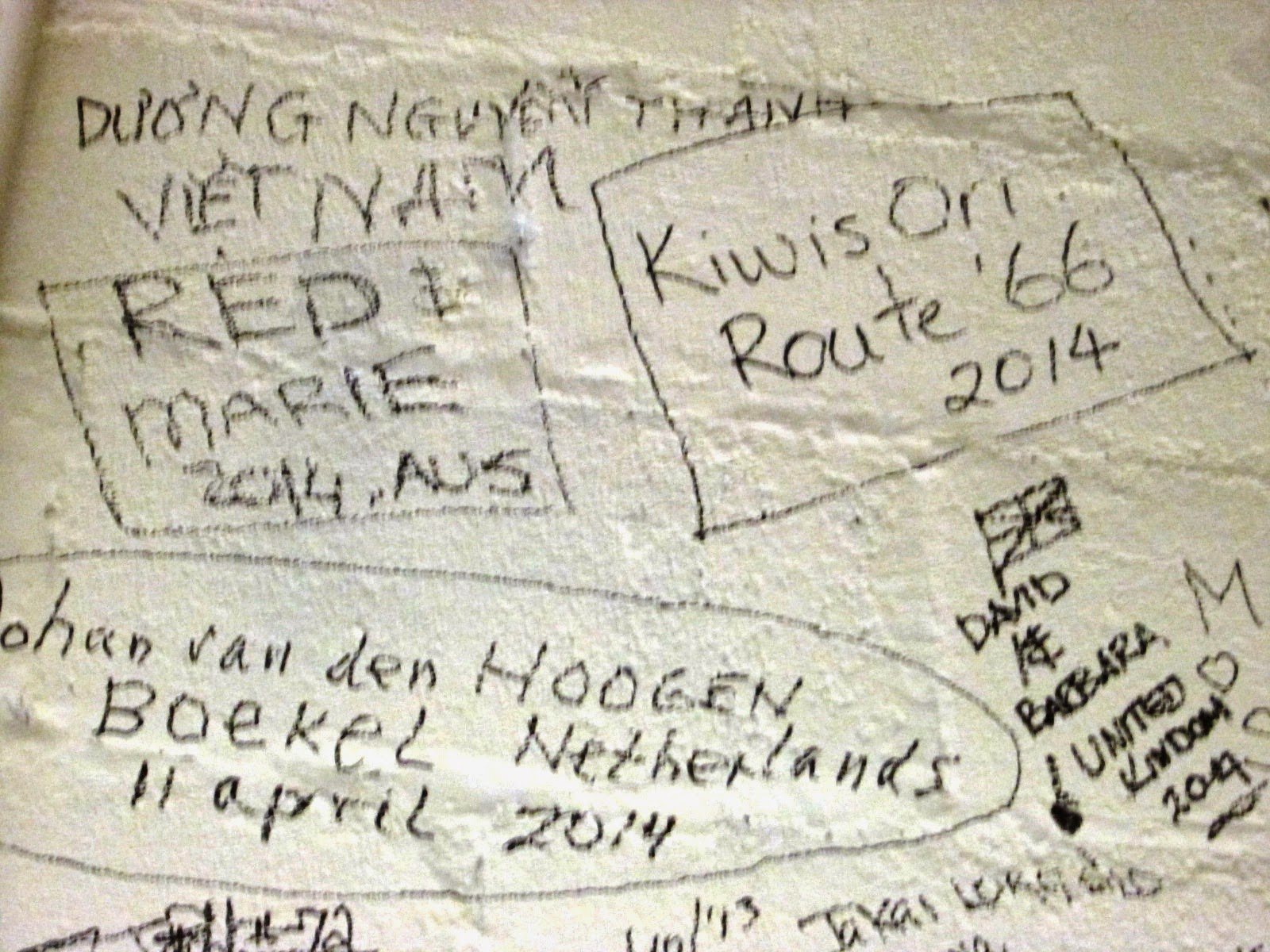 We also had visitors from Chetopa KS, Bartlesville OK, Lakeside CA, Springfield MO, and Pittsburg KS.  So far, I think bikers are still a little unsure of our ever changing weather, because we've had very few folks on motorcycles visit.  Today, just two people from Springfield ventured out on their bikes.

Looks like another storm is on the way.  The wind is picking up and the TV meteorologists are suggesting the possibility of moderately severe storms later.  A good night to be home, warm and dry.
Posted by Laurel at 5:35 PM