Take Me Out To The Ball Game

Folks who come through Tulsa on their Route 66 travels should consider themselves lucky if it happens to be the night of a home game of the Tulsa Drillers at Oneok Field, our new and beautiful baseball stadium.  I finally got to a game there for the first time last night and was blown away by the gorgeous stadium and especially the view of Tulsa from there. 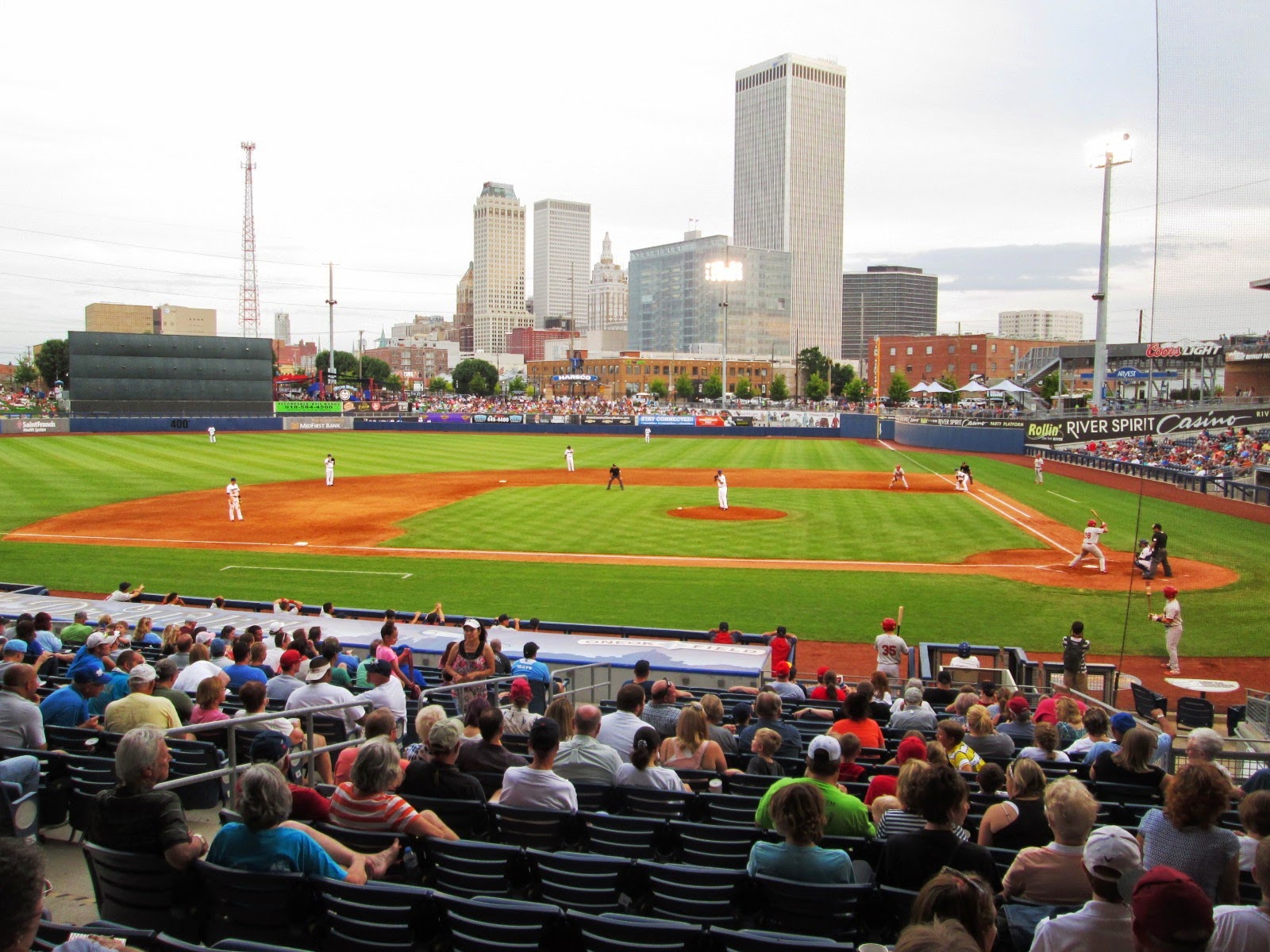 I love baseball and haven't been to a game for some time, so I had a most wonderful time on a perfect evening, about 80 degrees with a gentle breeze and no precipitation.  The Drillers lost 3-2, but that didn't spoil my enjoyment of the game. 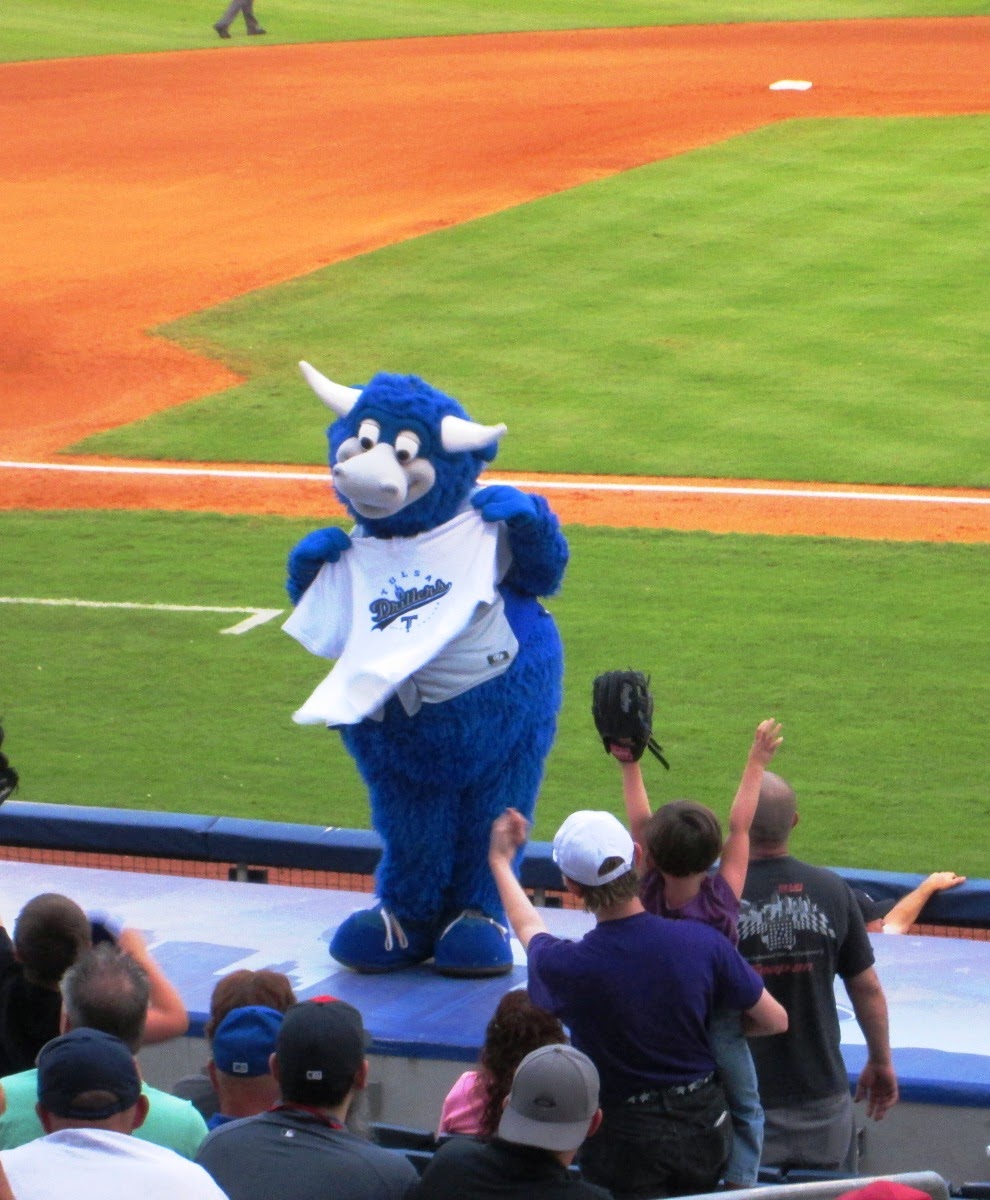 Hornsby, the team mascot, entertained us between innings.  Corny, but fun. 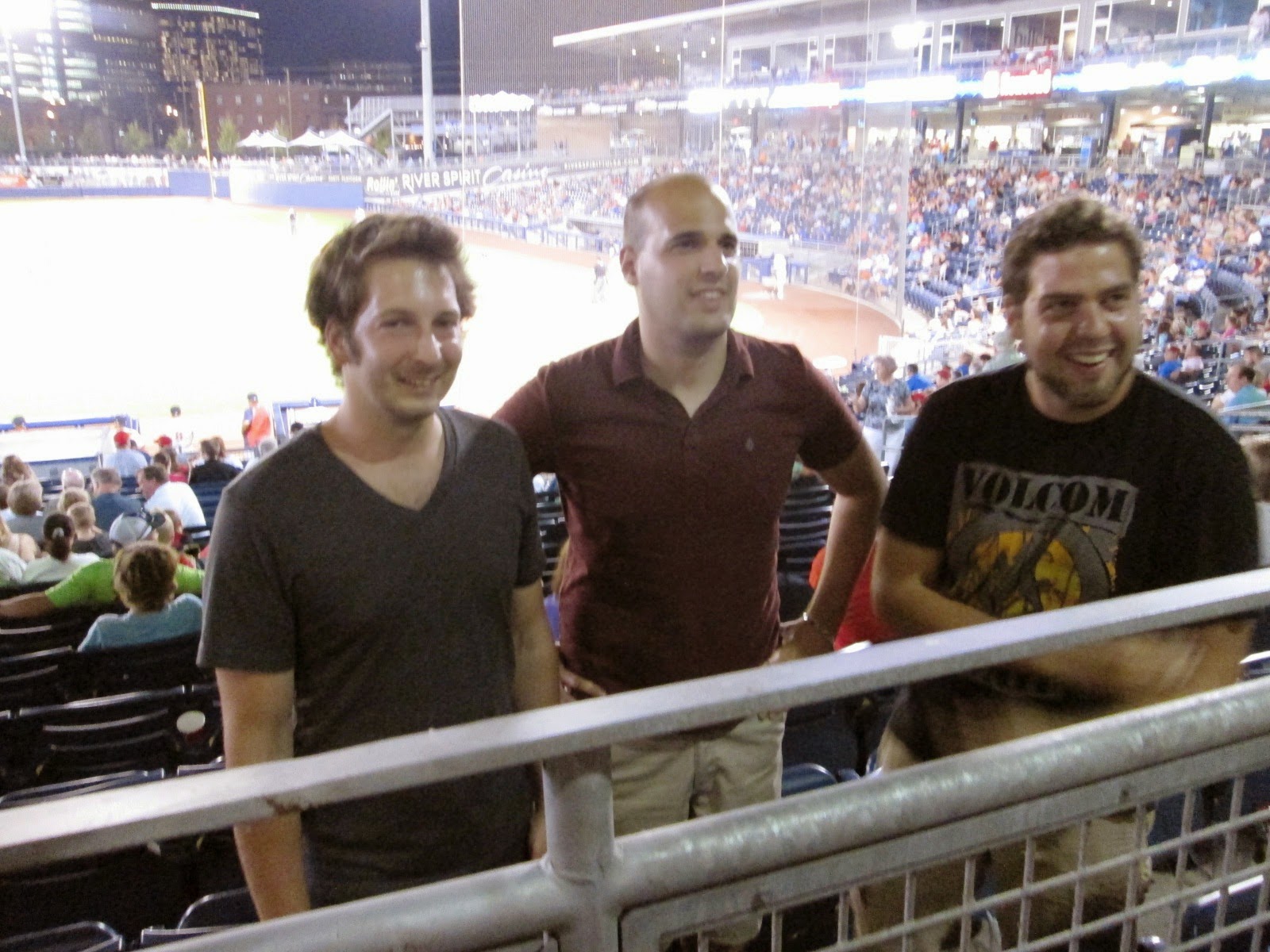 An added pleasure was the addition of these three young men from France who were part of our party.  They spoke almost no English, had never been to a baseball game, and found the whole thing fascinating.  They even had their first taste of a root beer float, a treat for Americans which earned a D+ from our foreign friends.  Oh, the faces they made!  As we left the stadium at the end of the game, our translator advised that the guys found the evening to be great fun, however the game of baseball was "awfully slow compared to soccer".    Can't argue with that! 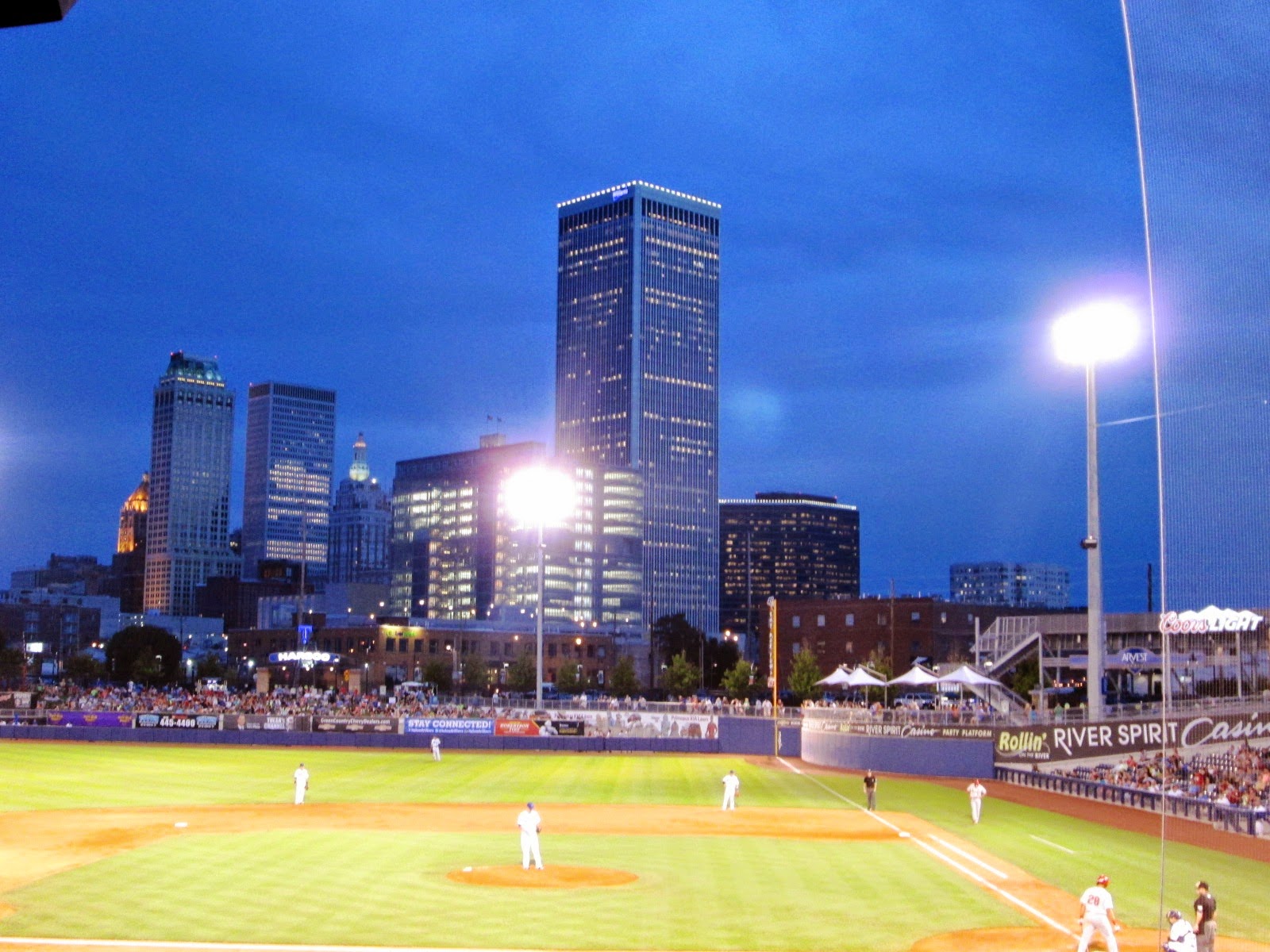 As darkness fell, the cityscape became even more lovely.   A good time was had by all.
Posted by Laurel at 5:33 PM

Minor league ball is one of the greatest values in sports. You have a great time for very reasonable costs. We love our minor league team here in South Bend, too! Hey, I wonder if we're in the same league?!

During the time we had had season tickets to the NY Yankees, we apparently couldn't get enough baseball, because when we traveled always tried to go to minor league games in whatever city we happened to be visiting. They're just so much fun!
I'm not sure which teams are in the league with the Drillers. They played Springfield (MO) the night I was there.