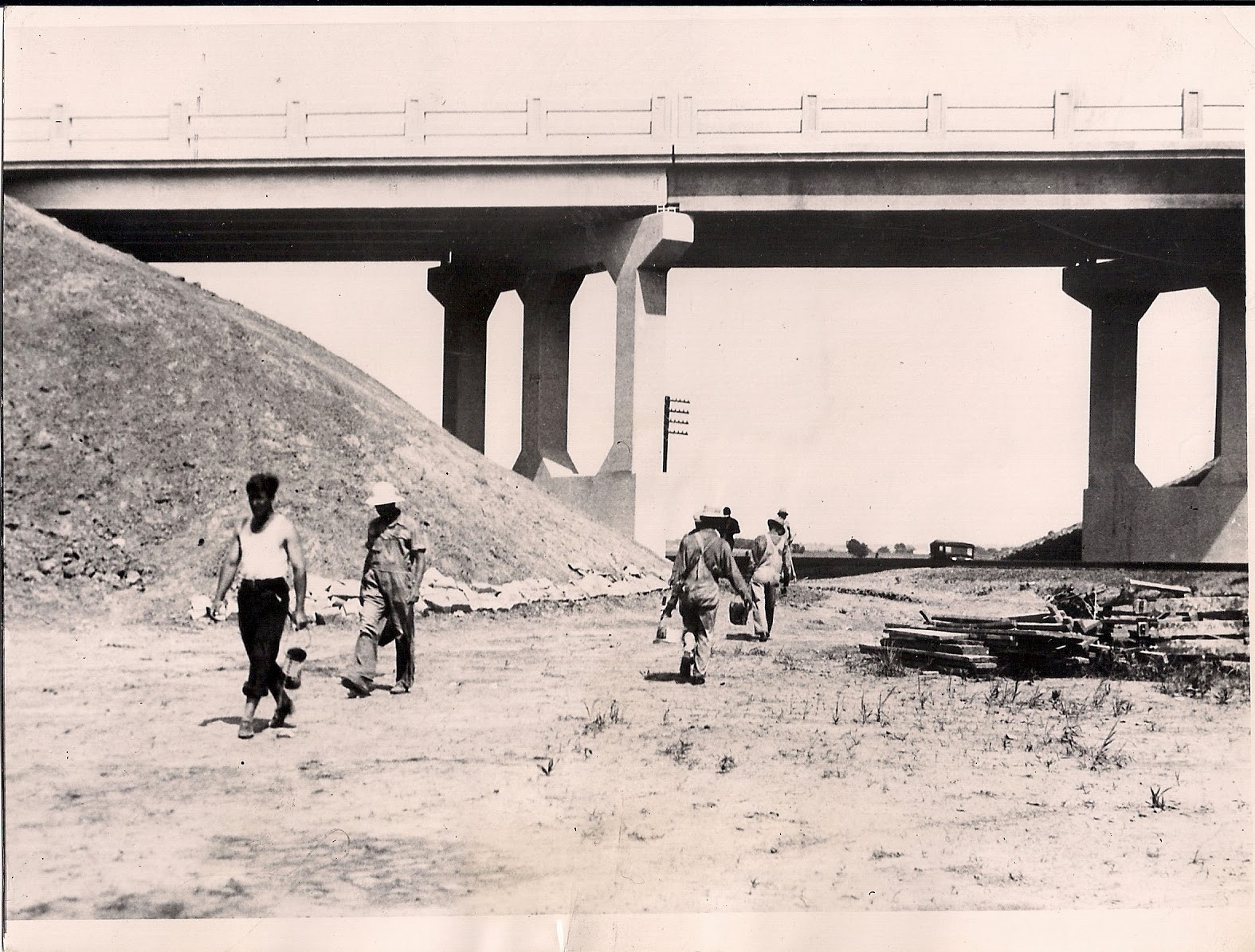 I couldn't resist an Ebay purchase recently.   The writing pasted on the back, from a Chicago newspaper, is dated 5-31-36 and says:


Above photo shows WPA workers near Afton, Okla. carrying rock in buckets to a highway overpass under construction three miles away.  Upon completion the contractors were notified that the $1,500 of federal money allotted for the project that was not used should be used on the job in some way, and the contractors had the men carry rock in above manner and placed on the finished embankment, until the required WPA hours were completed.

I think this must be the bridge north of Afton (at Buffalo Ranch) which carried Route 66.  It's the only large bridge in the area, other than the Interstate bridge which wasn't built until the 1950s.  The bridge in the photo, if I'm correct is, coincidentally, being rebuilt right now.
Posted by Laurel at 3:31 PM

I wouldn't have been able to resist that, either! A nice addition to your amazing collection!

Thanks, Beth. Check today's post to see the bridge as it looks today.