I would have arrived home sooner, but there were some rainstorms so severe as to limit my visibility and slow me down.   I've only been out of the car for about 30 minutes, and the room is still rocking as it does after a long trip.

So, where was I?   On Monday after dialysis I drove to St. Louis, spent the night, then in the morning proceeded to Chicago to be with my daughter and help her out after surgery.  She had two rather serious foot surgeries (both on the same foot, thank goodness!) and was told not to try to walk for at least a week.  She has a great big cast on the foot, and since she lives in a 3rd floor walk-up, that was going to be a problem.   So, after the surgery on Wednesday, we checked into a rather luxurious suite at a hotel with an elevator near the hospital in Skokie, IL and holed up there for the rest of the week!   If it  hadn't been for Sarah's pain, it would have been quite the fancy little getaway.... room service, maid service, etc.   Anyway, Sarah is fine and back in her apartment now.  She should be back to walking normally in about a month, soI decided to drive home all in one day. 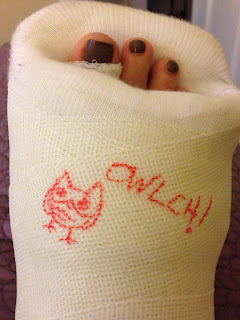 But heading out there last week, between St. Louis and Chicago I was a little ahead of schedule so although I did most of the trip on the interstate, I just had to get off in a few Route 66 towns in Illinois, roam around a bit, and take a few photos.   Since I have absolutely no time this evening to elaborate on the trip, I'm going to turn this into a little quiz, albeit a very easy one.  Below are the pictures I took.  All are in Illinois.   Who can name where they were taken????  (Incidentally, if a certain person sees his establishment in one of the photos and wonders why I didn't stop for a visit,  it's because  it was 7:30 in the morning when I was there.  LOL)  Answers will be revealed tomorrow, as will further details of my trip. 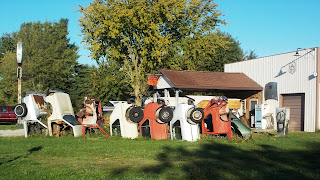 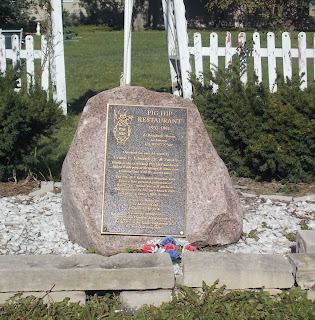 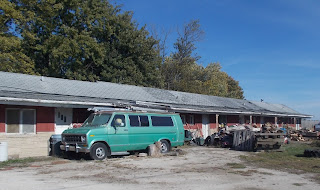 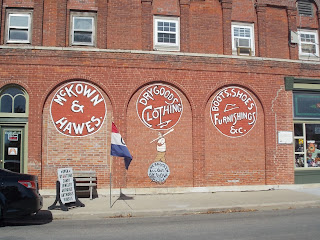 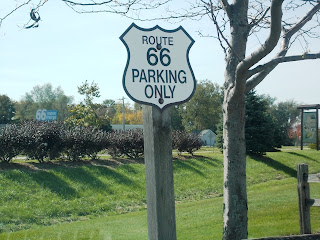 Glad you were able to be there for your daughter.

this is Christian, visitor from March 25, 2012; reader of this blog since but never commented ...

here my answers to the quiz:

You got 'em right, Christian! Sorry I wasn't still open when you tried to visit recently. Come back again soon!

I'm sorry to hear about your daughter. I pray she'll be alright.