When Phil came to Afton Station yesterday  he brought along a pack of old photos he'd taken on previous Route 66 trips. I chose these three which I thought were most interesting. 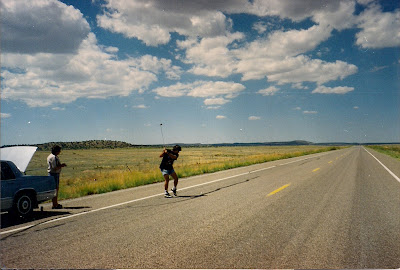 On a trip on Arizona 66 between Kingman and Seligman, Phil and his friend stopped to shoot golf balls down the center of the road.  They remained uninterrupted for at least a half  hour, with no other cars in sight.  I wonder if one could do that now??? 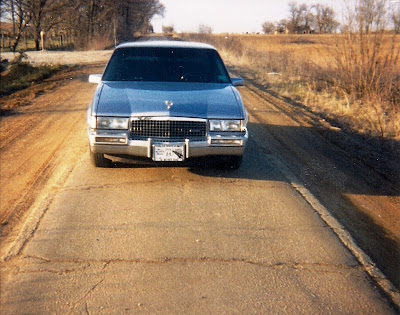 Phil photographed his car on the 9-Foot Alignment in Afton many years ago, before the county saw fit to dump gravel over a big portion of it.  The gravel has deteriorated the surface well beyond what you see here.  I, too, remember when the Ribbon Road was clear and the curbs were distinct. 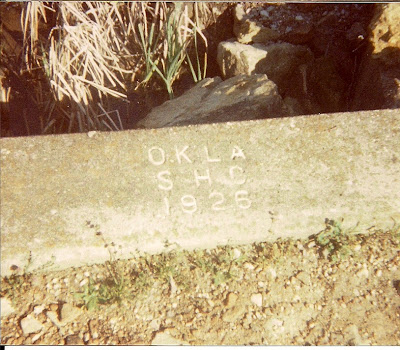 Phil also discovered this marker on an old alignment just north of Vinita.  It says "OKLA   S H C (State Highway Commission) 1926" -- the year Route 66 was born!   This was quite a find!