Once again, it was a busy and varied day, and I have a lot to report. Afton Station is really buzzing these days.

Guest of honor today was my friend and extreme Route 66 collector Steve Rider from Albany, NY. He flew in to attend the Missouri Motor Tour, but left it for the morning in order to drive down to Afton for a visit, his first since quite a few years ago when we were still restoring the Station. He got to see the finished product, and also the Bob Waldmire mural he gave me recently. So very good to see Steve! 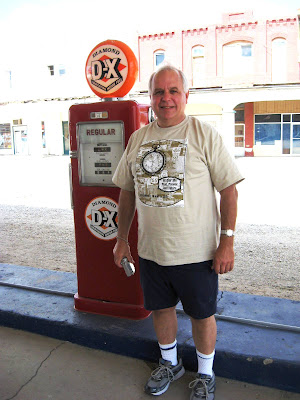 We also visited with six riders from the Claremore Gold Wing group. Here are a couple of their snazzy machines. 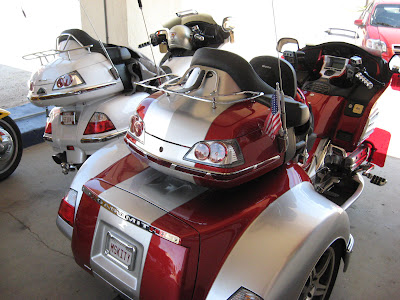 In my ongoing attempt to photograph all honeymoon couples who visit, here are two lovebirds from Brussels, Belgium. She's actually from Italy, but they'll be living their married life in Brussels. Congratulations to these cute kids! 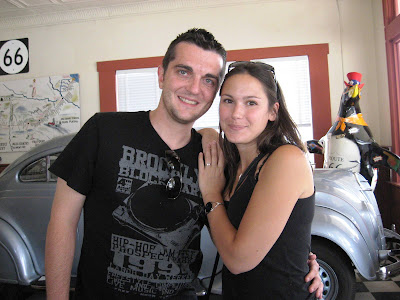 Here's Don Wagner and his companion. Don wrote and photographed the lovely book entitled Route 66: The Oklahoma Experience, which I'll be selling at Afton Station beginning tomorrow. It's a bargain at $16 because it's filled with great pictures of important places on the Mother Road in our state. He also wrote a book called Route 66: The Tulsa Experience, a companion to the Oklahoma book. 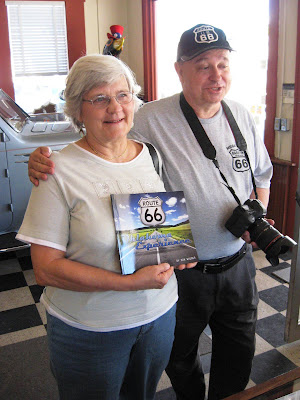 Here's the first peek at the monument that will be guiding the way to the Sidewalk Highway as soon as it's in the ground. Marly drove to the other side of the state to pick it up yesterday and brought it "home" successfully. It's still strapped down in the trailer and will remain there until it's time to put it in the ground. Please note that it says "Erected 2010". That reflects the ridiculously long time it took to get permission to erect it! But. . . better late than never! 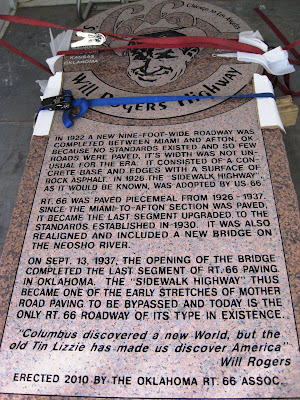 The Golden Driller, that 76 ft. tall statue of an oil field worker that stands in Tulsa, has been turned into a Scotsman for the upcoming Scottish Games. The world's largest kilt (or so they think) has been added to the statue. Ron M. and I snapped this pic on the way to Afton early this morning. (That's a boatload of tartan plaid! Glad I wasn't the seamstress!) 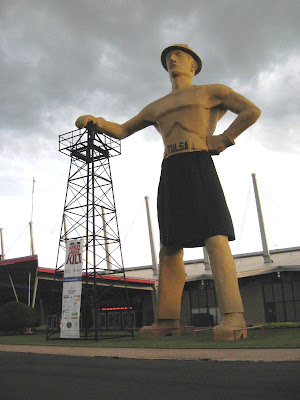 You just never know where Steve Rider is going to show up. Wish I could have been there but, alas, no such luck.