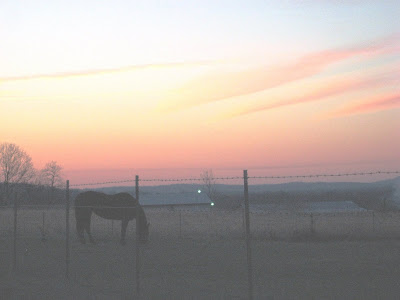 I know it's almost spring when visitors are waiting when I arrive a half hour early to Afton Station. Such was the situation today, and despite the fact that it throws me into a premature flurry of turning on lights, unlocking things, etc., I do love to start the day that way. My early guest today was this motorcycle rider, George from Kingman, Arizona, bundled up against the unseasonable cold and heading for Illinois. He was personable and fun to chat with. He made the wise choice to follow old Route 66, so I sent him off to the Sidewalk Highway. 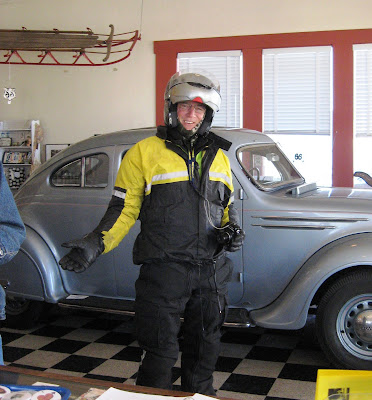 Following closely behind him was a couple from DesMoines, Iowa who were also interested in old Route 66 alignments. The day was already shaping up to be good.

I may never have mentioned it before, but Afton is the home of the Grand Lake Mental Health Center, a day center for patients all around Ottawa County. Occasionally the patients will take walks around town, and once in a while they'll stop in here. Today, there were three visitors from the GLMHC. Sometimes these folks make me feel uneasy, but gradually I'm getting used to seeing them at my door. They generally browse quietly and leave.

Chris, from Glendale, California was my next guest. This interesting gentleman who is in the film industry in L.A, stayed a while so we could chat. He's quite fluent in "Route 66" so there was plenty to talk about. I really enjoyed his visit and hope he returns soon. 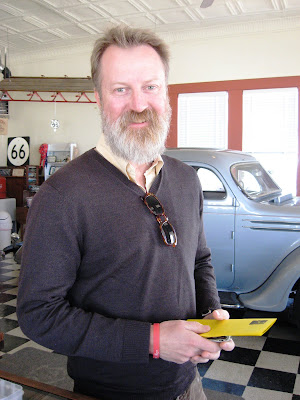 Having still not found the source of the water leak outside, men from the City of Afton are now draining the ditch they created so that they can dig further toward the street (Route 66), still searching. A mere 1,800 miles and they'll reach the Atlantic Ocean . 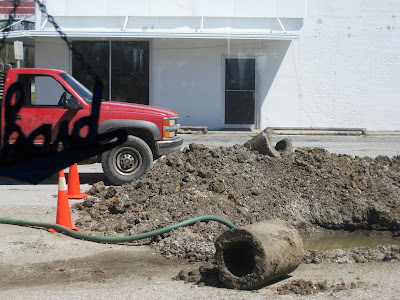 My final visitors were from Rock Island, Illinois. They were return visitors, and they, too, were fun to talk to. I gave them a map to show them the best parts of Tulsa, where they're planning to spend tonight. Nice folks!

The underlament on the roof of the new building across the street was torn off by the wind. My Route 66 flag is in tatters and the pole on my American flag snapped completely. And the wind just keeps coming. Well, you know what they say. . . .

"Oklahoma, where the wind comes sweepin' down the plain,
And the wavin' wheat can sure smell sweet
When the wind comes right behind the rain. . ."
Posted by Laurel at 5:25 PM

Do ya know why Oklahoma is so windy?

Oklahoma really is the most consistantly windy state in the nation.

Oh, so THAT'S the reason for all this wind. I should have realized! LOL!