A Pack of Wild Jaguars

Ok, not really wild. But fun folks! Ron M. and I drove up to Afton right after I got out of dialysis today in order to meet and greet a group composed of 20 members of the Central OK Jaguar Club and the Tulsa Jaguar Club. They were on a cruise, heading for Buffalo Run Casino tonight. Marly, Robin, and Phil were also there to host our visitors, who arrived about 45 minutes late after a visit to the Summerside Winery in Vinita for lunch and wine tasting. There were plenty of very nice people and lots of very nice cars! There was even a couple I know from the Mercedes Club, who tagged along with the Jaguar owners for this outing.

Before we arrived in Afton, Robin had already visited with 7 folks, who came from Afton and Grove OK, and DeKalb, Iowa. We also had a few visitors while the Jaguar folks were there, so our total for the day was about 30, which isn't bad for a day of strong winds, constant rain, and boy oh boy, is it ever cold! We dodged the bullet during last night's tornadoes, but now it's incredibly cold and due to drop even further tonight. I'll be heading for Afton again tomorrow as usual, however.

Here are a few photos from today: 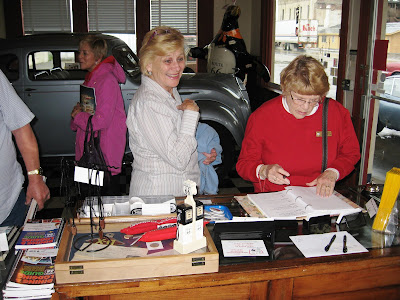 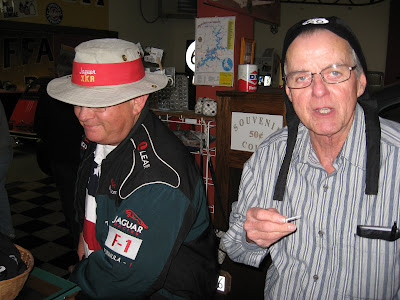 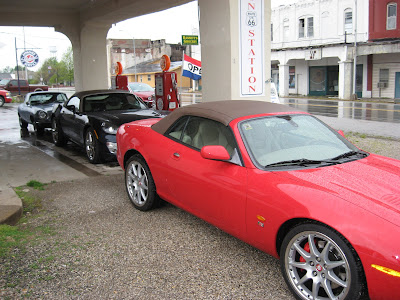