The man from Cardin and a purple car

During my not-so-busy time this morning at Afton Station I wrote a long piece that I planned to post here tonight, but I think I'll save it for Monday. After a little slow time, folks started coming in and I ended up having a pretty busy Saturday, for the off-season. My visitors came from Cheboygan MI, and Wynnewood, Ponca City, and Fairland, OK.

One of today's visitors requires my special attention. Edward Dollison grew up in Cardin, Oklahoma. Those who remember my obsession with the Federal Superfund site in Picher and Cardin (OK), two towns very close to Afton which have been abandoned due to contamination by lead mine waste, will understand why I was excited by meeting Mr. Dollison, who was one of the citizens of Cardin who was bought out when the town was officially "closed" several months ago. He abandoned his family home and moved down the road to Fairland, closer to Afton Station. He has taken it upon himself to collect photos and other remembrances of Picher and Cardin and put them on DVDs which he distributed to other displaced families. What treasures these must be for those people who lost their town but didn't want to lose their memories. When I told Mr. Dollison how much I was fascinated by the fate of his town, he offered to give me all eight of his DVDs, and even went home and got them. He wanted to give them to me for nothing, but I made him take a bit of money anyway. It was the least I could do. I plan to watch some of them tonight and tomorrow. Meanwhile, here's a good YouTube video about the tragedy in Cardin and Picher. Worth seeing.


Other news: David went to a large vintage automobile auction in Branson, MO today to place a bid on a car I've wanted for decades. My "dream car" is a 1957 Packard Country Estate Wagon in violet! It's the very car (and color) used in ads for the model back when it was built. David was awfully nice to go there and take my check and a car trailer "just in case". I waited all day to get his phone call. It just came. Big buildup -- big letdown. It went for $53K, which is considerably more than I was willing to spend. Oh well.... Here it is, anyway.... 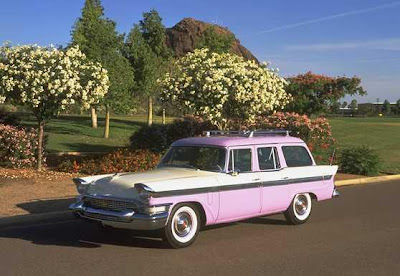 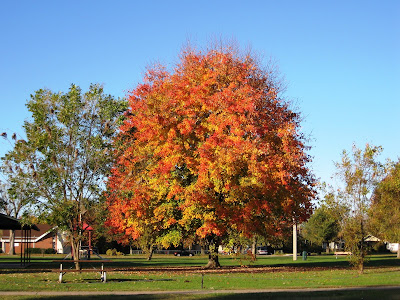 SWEET car. I'm sorry it went for more that you were willing to pay. :(

I DO remember you writing to me about Picher. How interesting it must have been for you to talk to Mr. Dollison, and how charming of him to share his DVDs with you. That must have made your day! Hugs, Beth

Nice car. My wife, Juat Gan Lim, can't figure out why I like old cars. To her, new things are better. I tell her that old cars have personality and character. Also, I don't like how complex new cars are.

Too bad about Picher. It's sad to see one's home town drying up and going away like that.