Marian Clark, veteran Route 66 fan, author, and historian invited some of us to go along with her when she practiced a tour which she will be giving in the near future.   The subject of the tour is "Tulsa Kit Houses".   If you're not familiar with kit houses, they are better known as Sears houses, although Sears Roebuck wasn't the only producer of them.  A kit house is a house that was, in the early part of the 1900s, delivered as a pile of "parts", everything (seriously, everything!) needed to build your own house - all wood, concrete, paint, nails, bathroom fixtures, full kitchens, heating, ductwork, etc.   They were usually delivered by train and were dropped off next to the tracks, whereby the person who ordered them had to find a way to haul the massive pile to a pre-selected site. 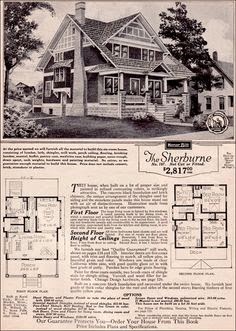 They are surprisingly large homes, and some are quite elaborate.  Research that has been done for the city of Tulsa has found about 20 of them in the city thus far.  The price of purchase at the time was usually between $1500 and $3500.   Yes, that's for the entire house!!  Most have been modified, either extensively or slightly in the intervening years.  Today, we set off to find and admire about 10 of them.  Here are a few. . . 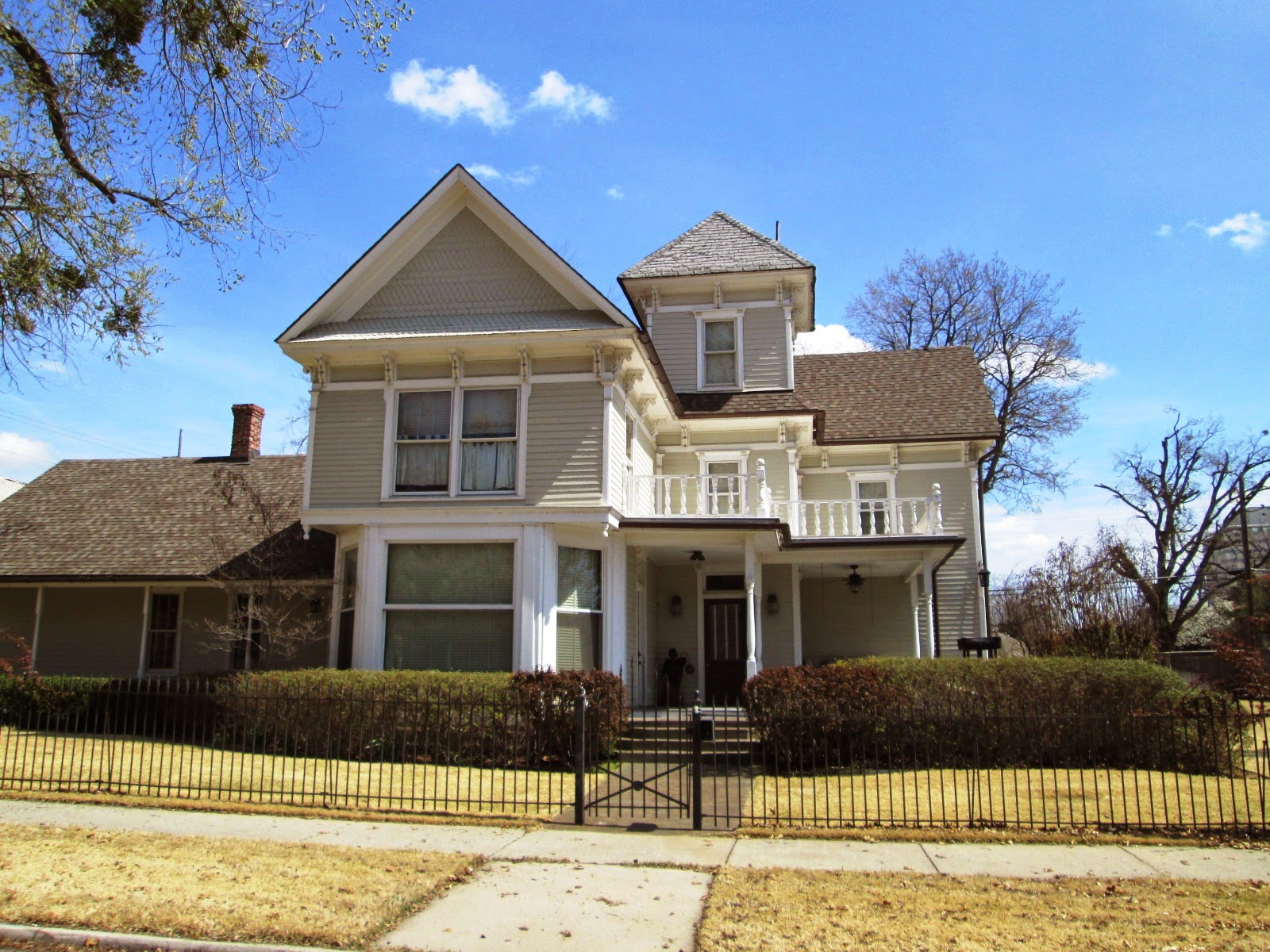 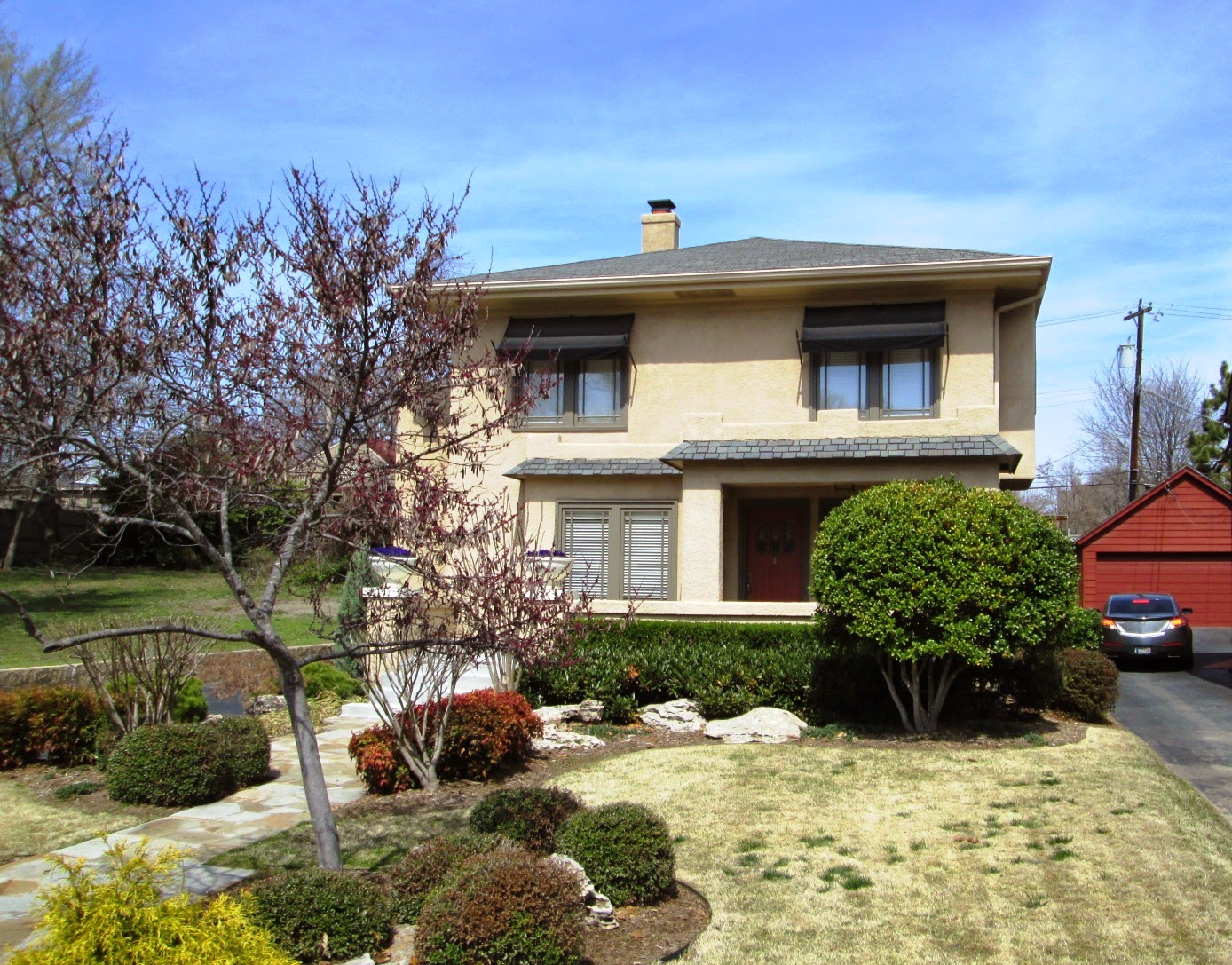 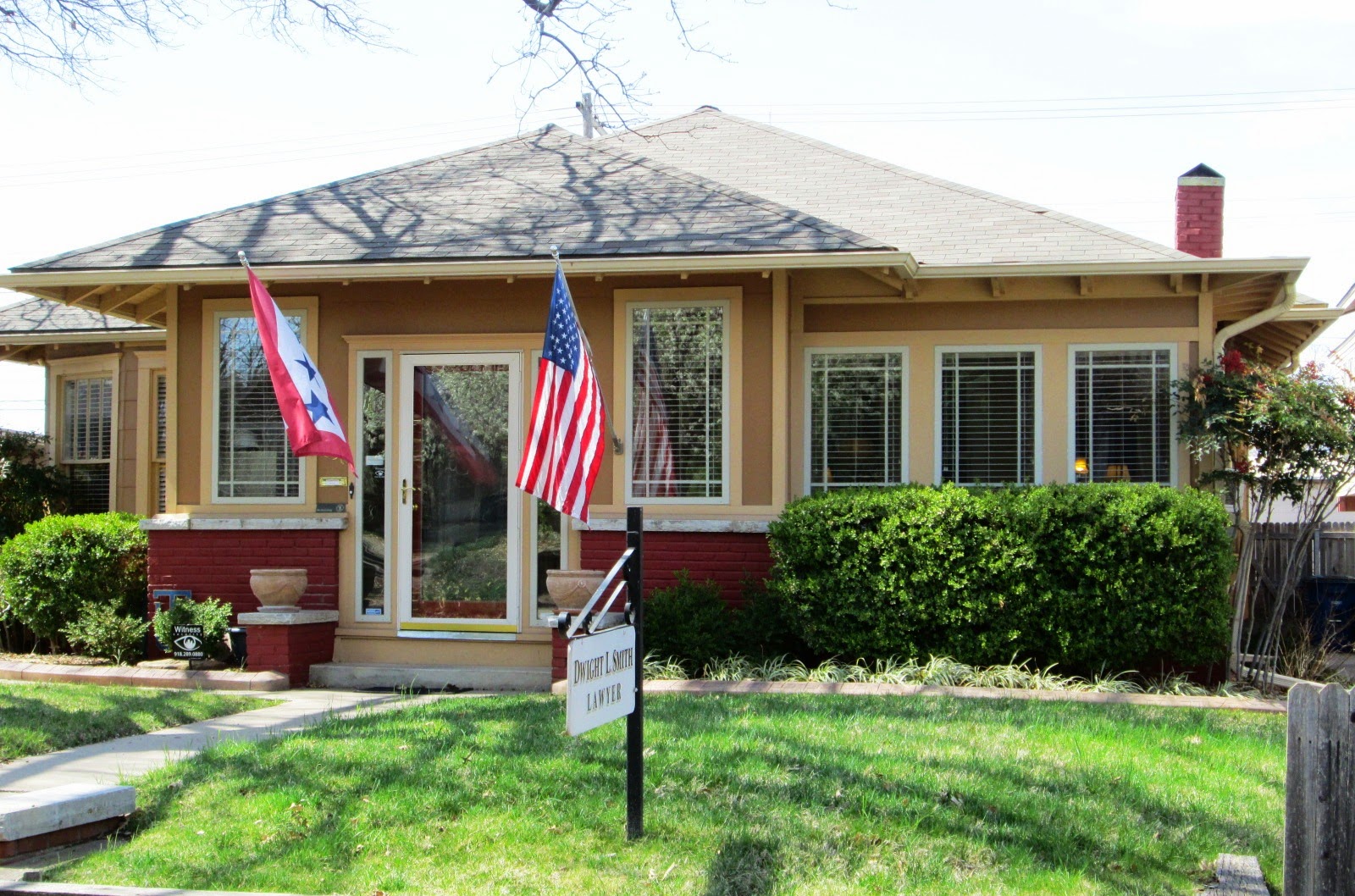 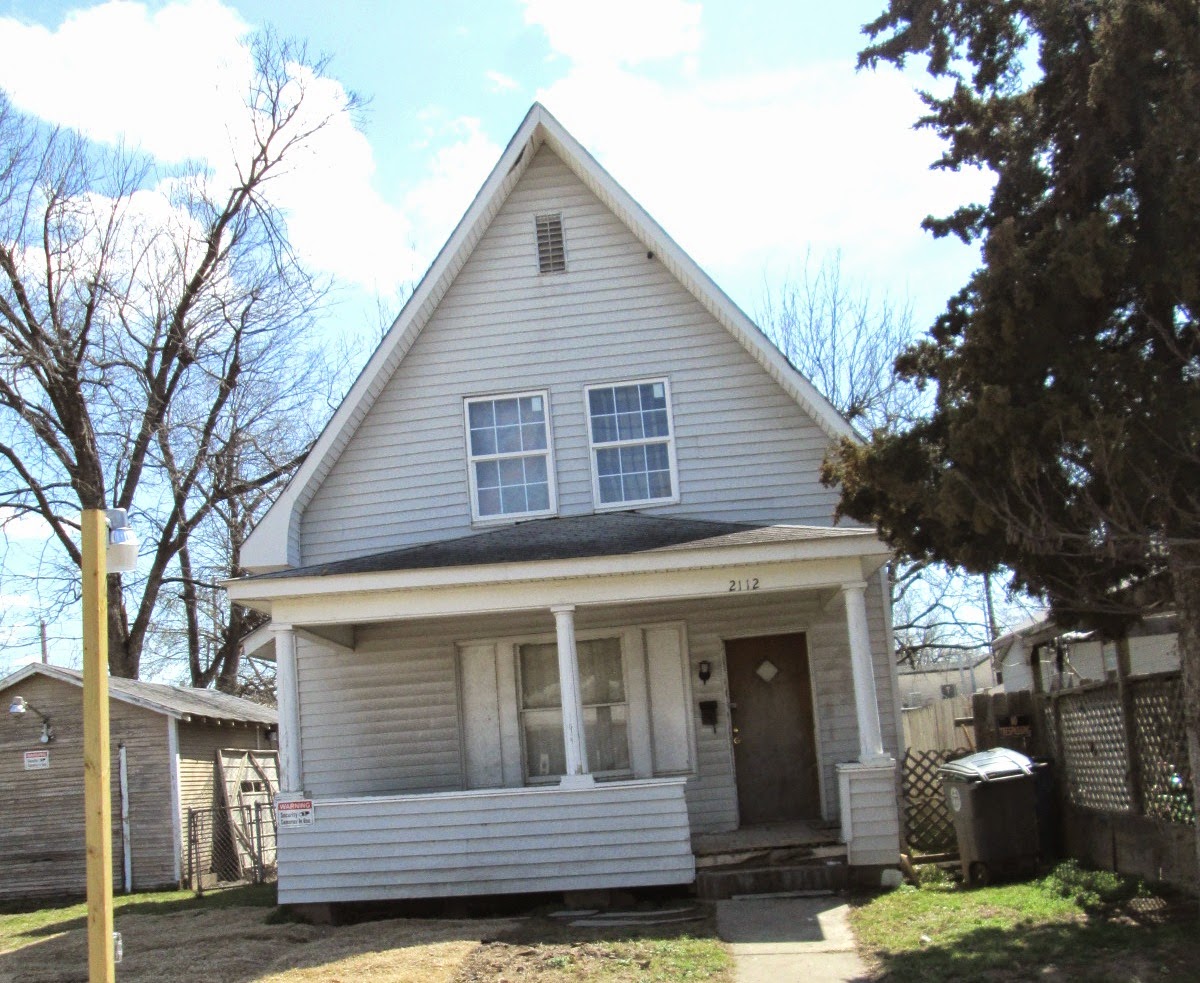 We also came across Tulsa's oldest house still standing, built in 1885 in what is now Owen Park,  . . 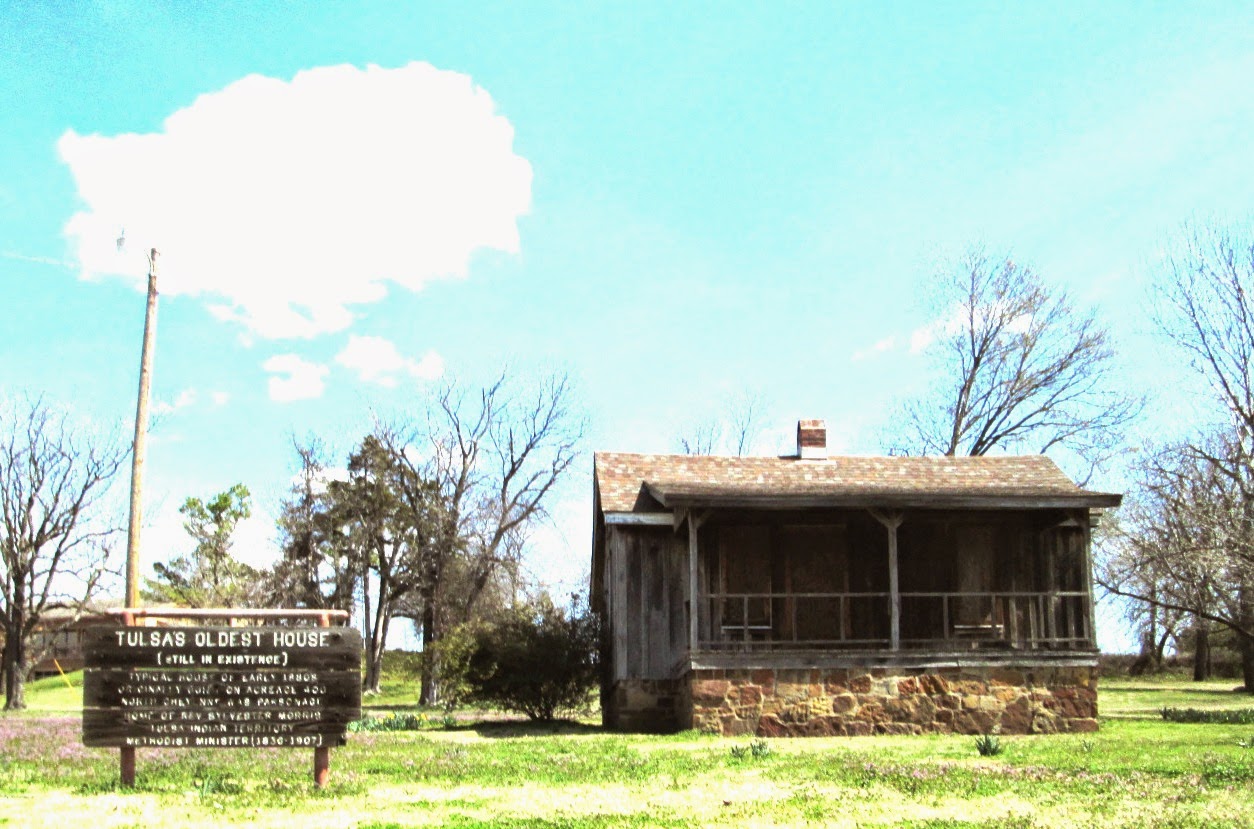 . . . and this monument to writer Washington Irving which was erected by one of Tulsa's early private citizens. 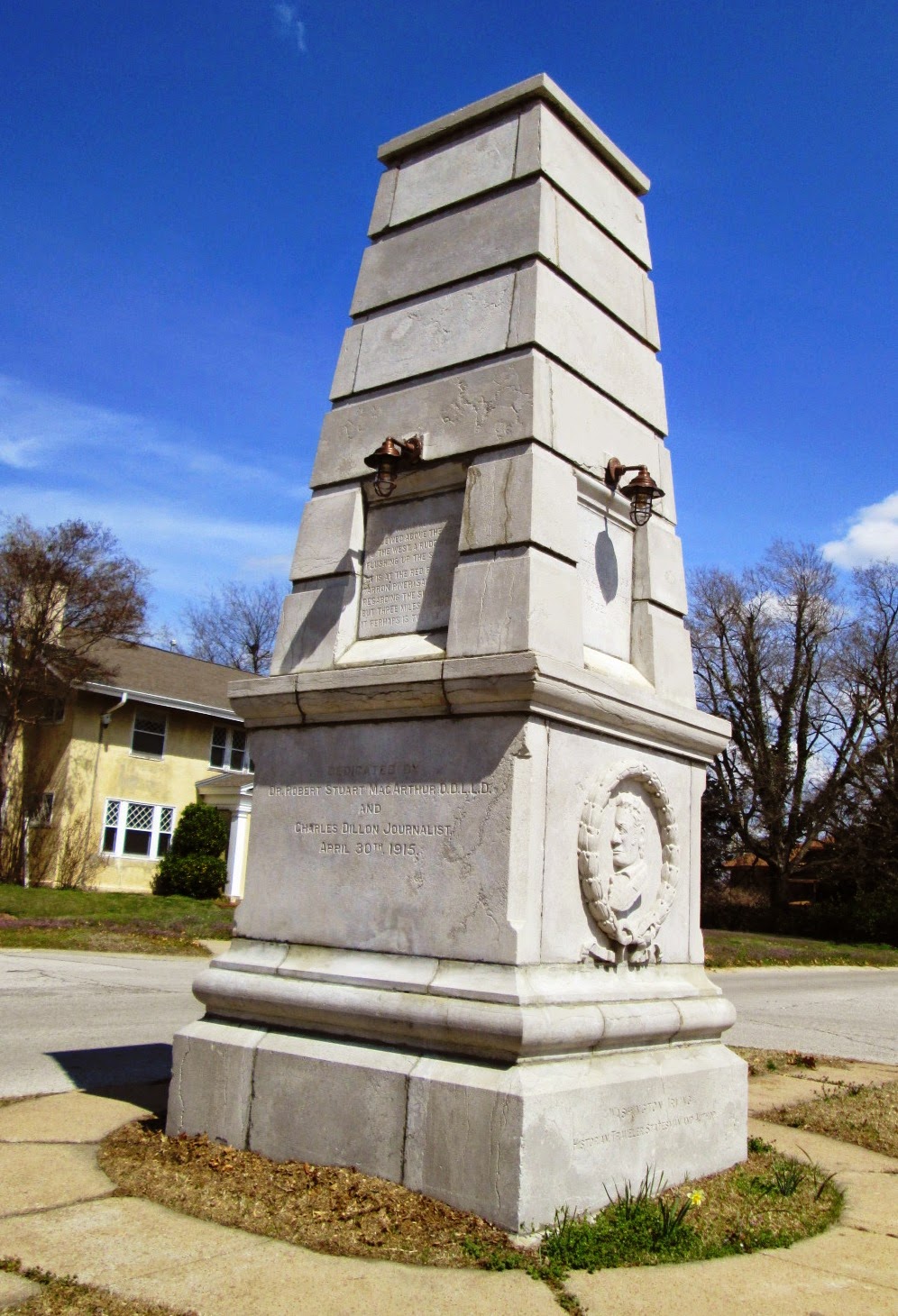 If you  want more information about kit houses, let me know.  I can help you with your research, and the Tulsa Historical Society has lots of information, too.
Posted by Laurel at 6:10 PM

The pricing reminds me of a story my grandmother told me about their house. They only had one home their whole lives, one built sometime before the turn of the century, they bought it in the late 20s, for a price of $5000.00. She said that seemed like all the money in the world to them at the time, and they didn't know how they would ever pay it off.

A practice tour--perfect. As Marian was working through it, no doubt you got an extended version. There's a beautifully kept kit house (maybe and Aladdin)on Charles Page Boulevard that passed every day on my way to and from Mark Twain School. Easily seen from the street and the nicest looking house in the area. There's another more modest one across the street from my shaded walking path in Reed Park just a few blocks from Route 66/Southwest Blvd.

I'm glad to see my research is getting around! You can follow my blog https://oklahomahousesbymail.wordpress.com/ and my facebook page as well which you will find a link on my blog page.