Start With a Beautiful Sunrise. . . 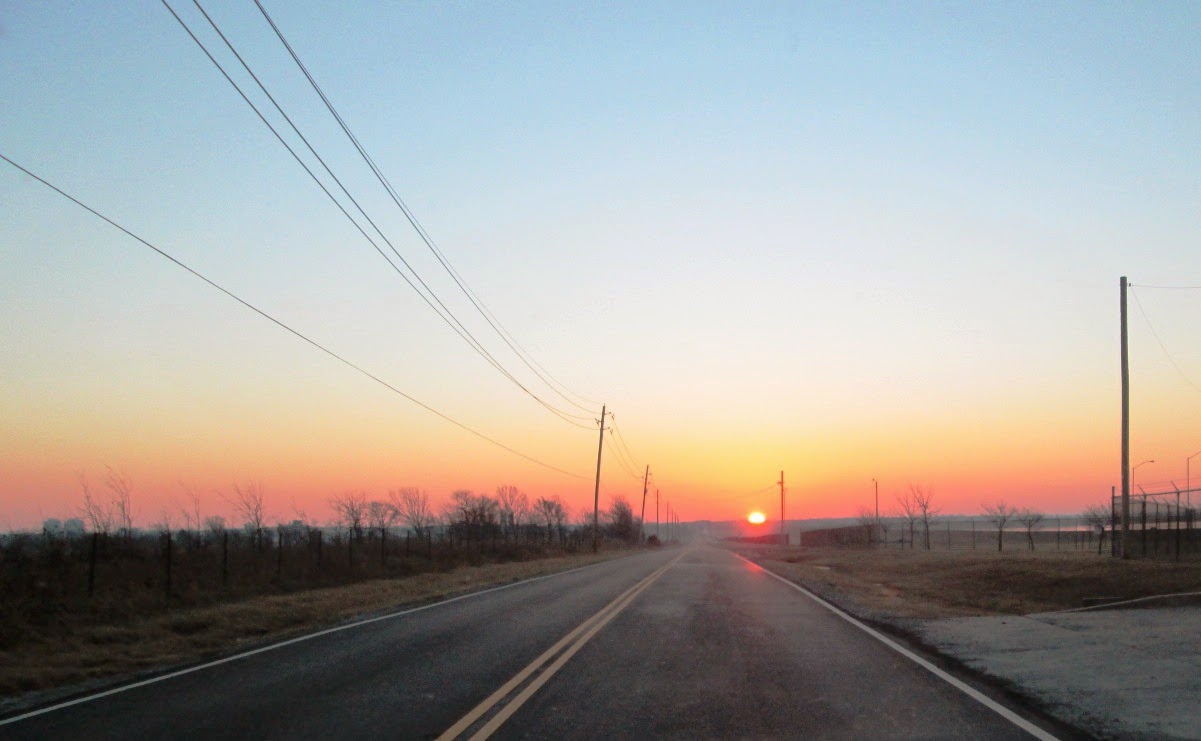 How true!  The sun rose on a beautiful day at Afton Station today, a day full of friends and strangers -- although once a person steps foot in Afton Station they are no longer strangers.  We had 23 visitors today, an eclectic mix of old and new friends. 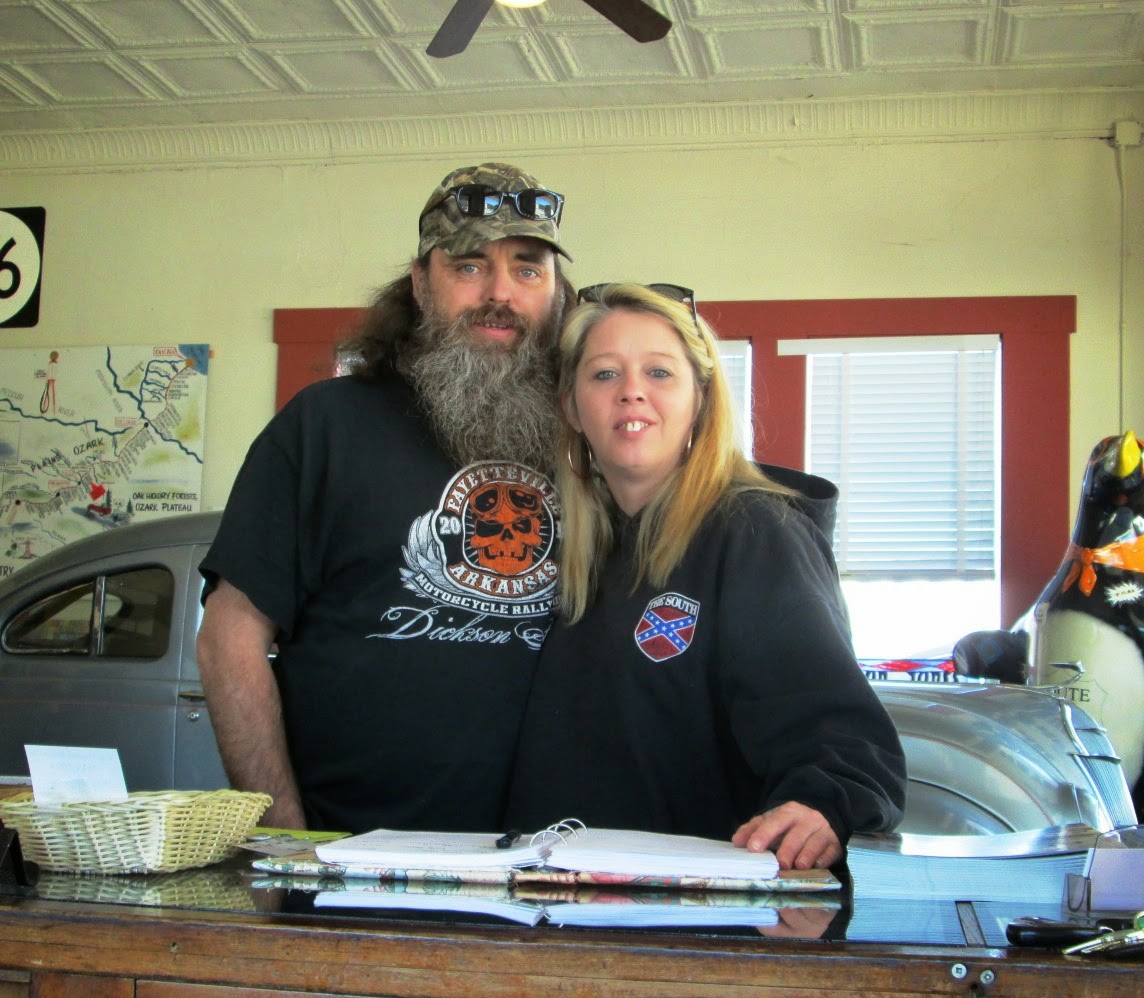 This couple from Muskogee, OK, for example.  They have traveled Route 66 in pieces and were exploring the northeast corner of OK today. 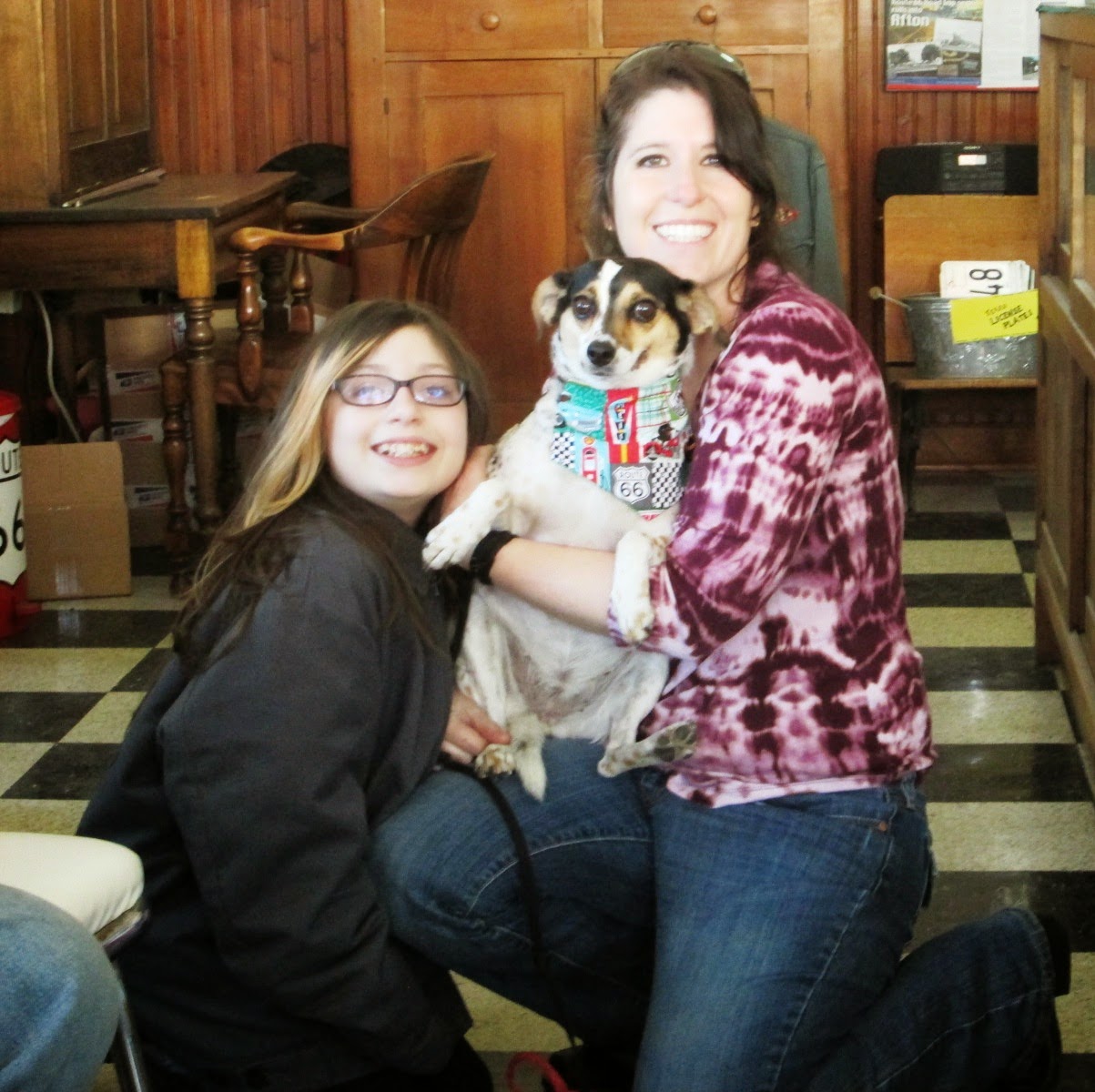 And these folks from Wakarusa, KS.   Here are the mom and one daughter.   Dad and the other daughter were busy signing our workroom walls at the time.   The pup is Haswell, named for the town closest to the spot in the desert southwest where they found her, abandoned and hurt by the side of the road.  Two years later, Haswell is the luckiest pup around, with a beautiful family who loves her a lot. 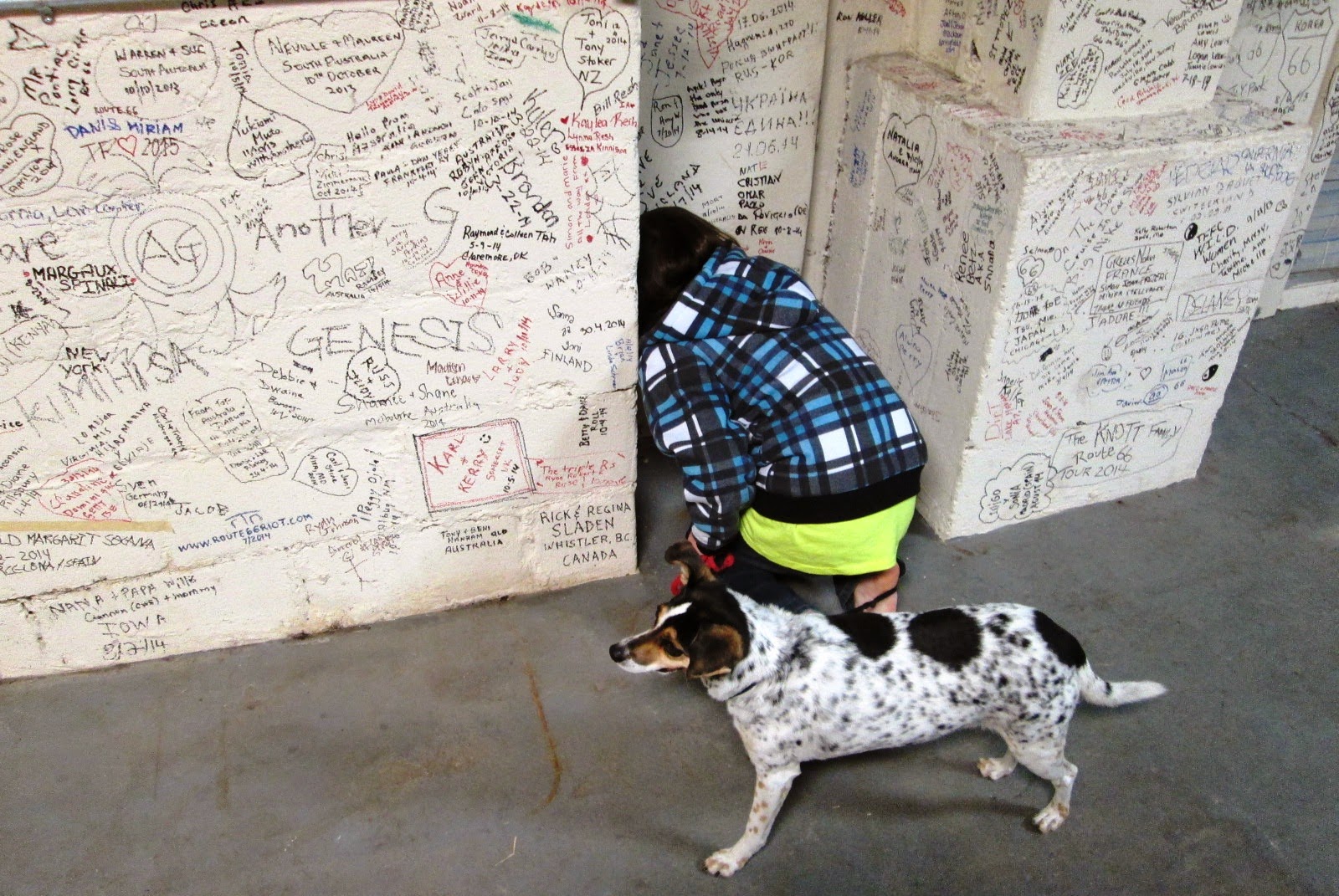 Ah, there's the other daughter, who actually found a place to sign on the wall.   They are few and far between these days.  Perhaps Haswell helped her find it.

Other visitors came from Olatha KS, Stillwater OK, Tulsa OK, Hillsboro KS, and Collinsville, OK.  And now for the friends.. . Michael Scruggs dropped by early in the day.  Later, the always welcome Brad and LaSandra Nickson appeared at the door and stayed until closing time.   And just as we were contemplating closing, in walked Ed Klein from Arizona and Richard Talley from Tucumcari, NM.  The two guys were coming back from the weekend festivities in Missouri.  So good to see them.   Ed is restoring an old garage in Galena, KS and Richard is the proprietor of the Safari Motel in Tucumcari.   I managed to get this shot which I'll call "The Men of 66". . . with Ed. Brad. Ron M., and Richard.  What a handsome crew!!!!!! 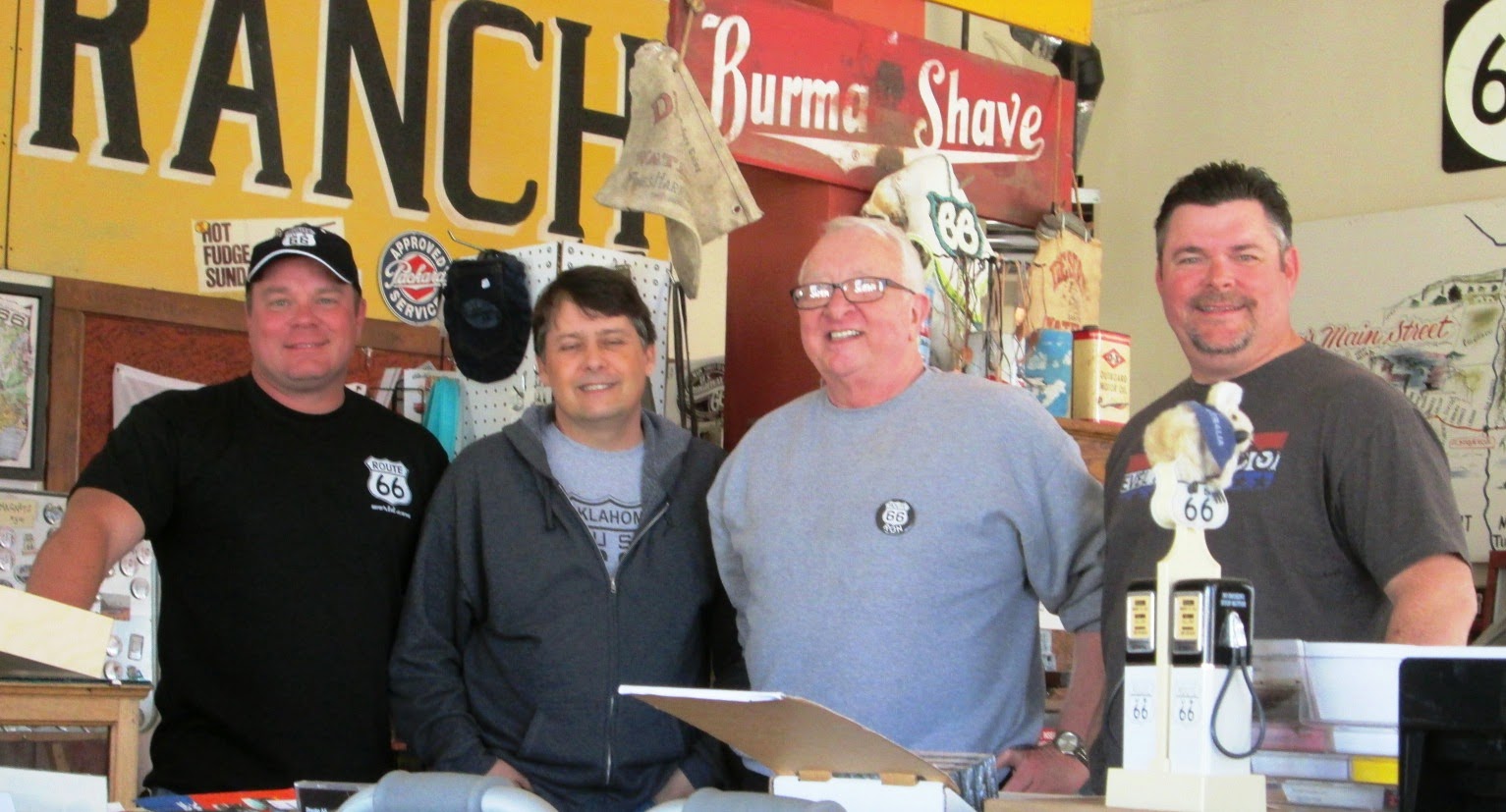 Time for me to rest.  Getting back in the swing of a busy Station is taking its toll on me.  It will take me some time to get used to the pace.  Meanwhile, Robin and Sue will mind the store several days this coming week.
Posted by Laurel at 6:05 PM

Thanks for having us! It was truley a joy! See u again soon! :)