[Disclaimer:   This story has nothing to do with Route 66 although I did drive to Grove on the Mother Road yesterday on my way to Grove.] 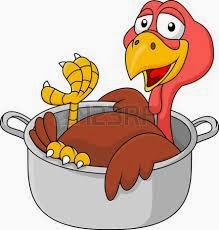 Most families have Thanksgiving traditions.  I guess dysfunctional families do, too.  The tradition in my own dysfunctional family is for me to drive to Grove the day before  Thanksgiving to watch my ex-husband boil turkeys in oil.  When we were divorced, he got the turkey fryer, so since then I've driven the 80 miles to Grove to witness the carnage leading to the edibility of one or more gobblers on the day before Thanksgiving.  David cooks several turkeys for charity every year, and I suppose you could say I fit into that category.

It was a lovely day for a ride in the country.  Upon my arrival in Grove, David lit the fryer under the 5 gallons of peanut oil and the boiling began.  I'm happy to say that once again this year David avoided self-immolation while performing this task.  If you were expecting some excitement surrounding this whole thing, you're out of luck. That is basically the end of the story except for these photos taken by Ron M., who accompanied me to the ritual this year. 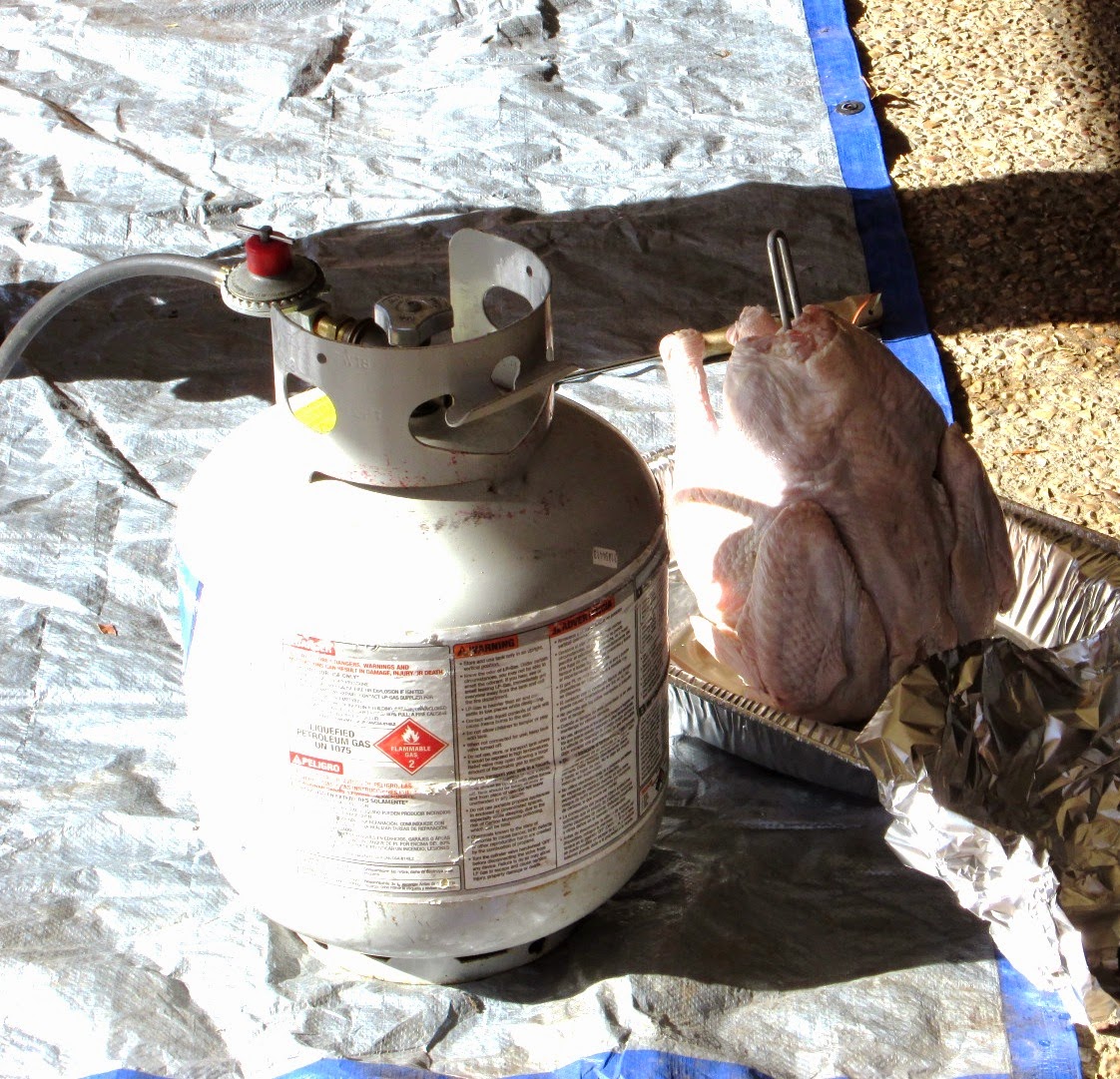 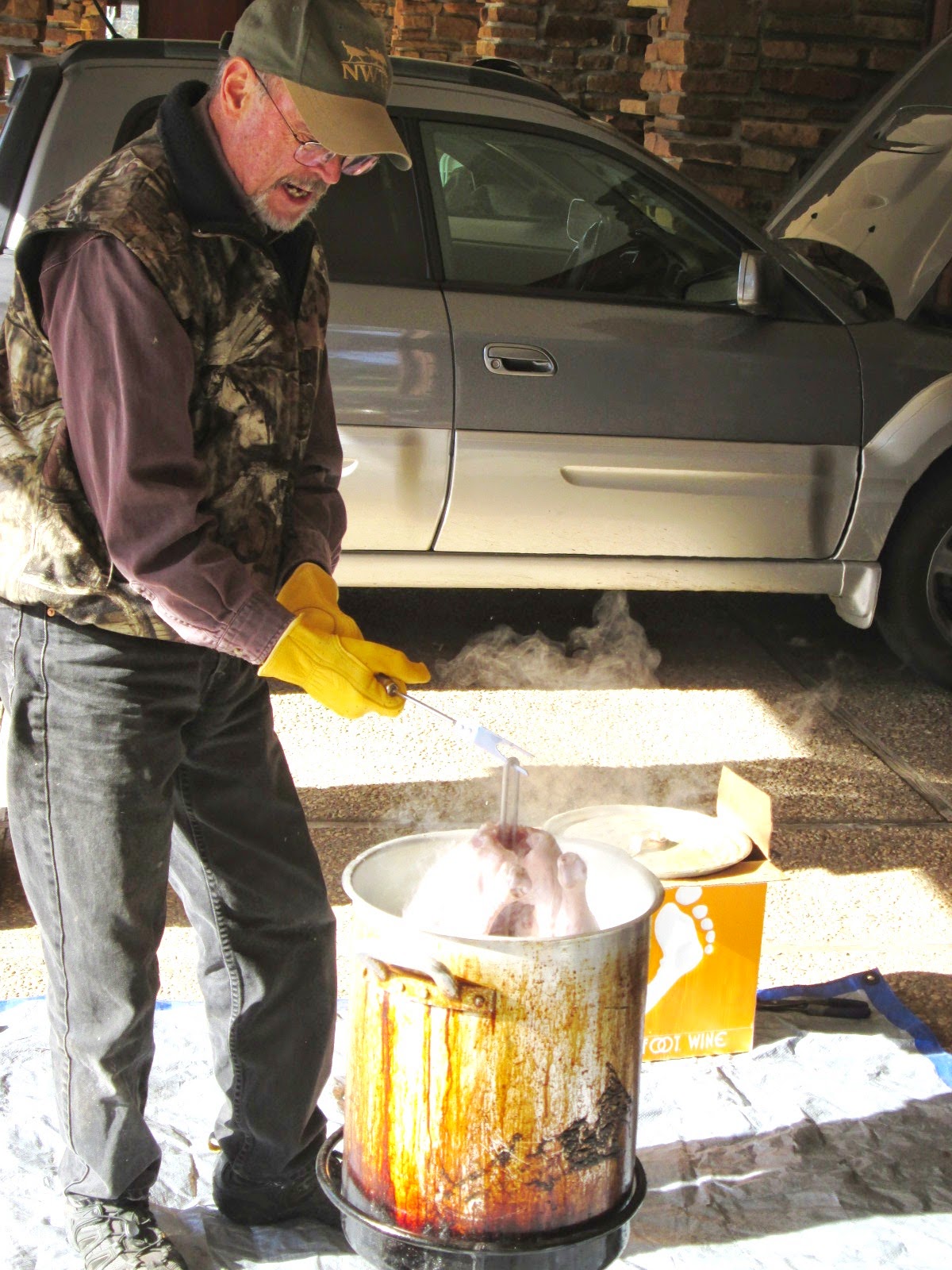 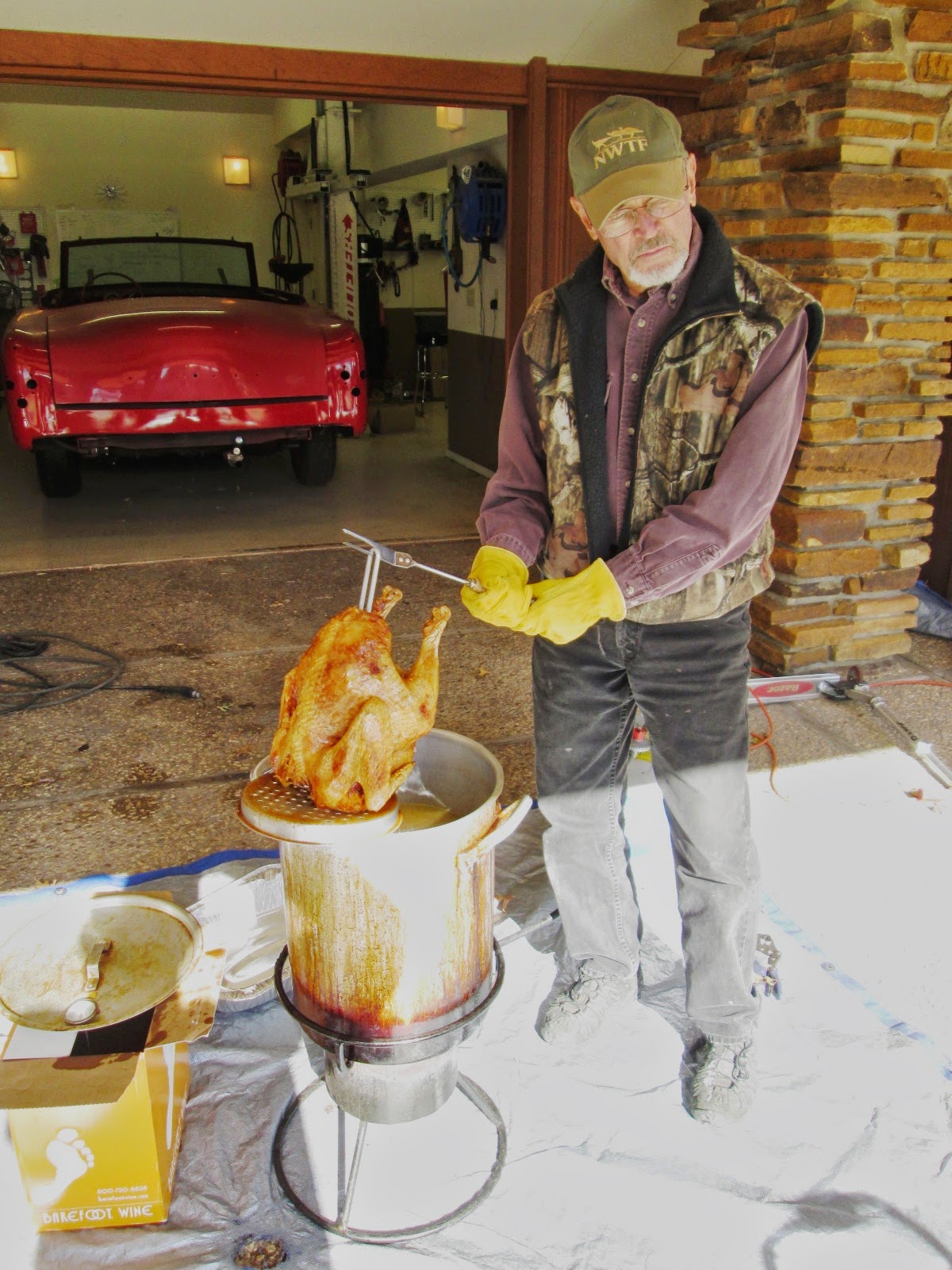 In a few hours, we'll be carving up the bird and I'll be getting the side dishes together.  Prior to that, I'll be watching the Macy's Thanksgiving Day parade which, to the best of my knowledge, I've never missed.  I've even been an actual spectator at the parade several times, which was always fun.   My Thanksgiving isn't really much different from anyone else's, albeit probably more quiet than most.  May you all have just exactly the kind of Thanksgiving you like the most, whether it's alone with a deli turkey sandwich or with a house chock full of family.
Posted by Laurel at 8:56 AM