I'm not saying that a normal day at Afton Station is all seriousness, but today happened to have more than its share of crazy fun.  At this time of year, craziness is good to combat the depression brought on by knowing that the season is almost over.

Our new Junior Volunteers, Justin and Nate, the 7th graders at Afton School, arrived at the same time Ron M. and I pulled in from Tulsa.   They were ready to work, but we had no work for them!   They still wanted to hang out for a while, and we were glad to have them.  They called two of their female classmates who soon came down to join them.  Dolly the Dog joined the fun, too. Some time later, two more of their classmates came in, so the Station was filled with kids for most of the morning. 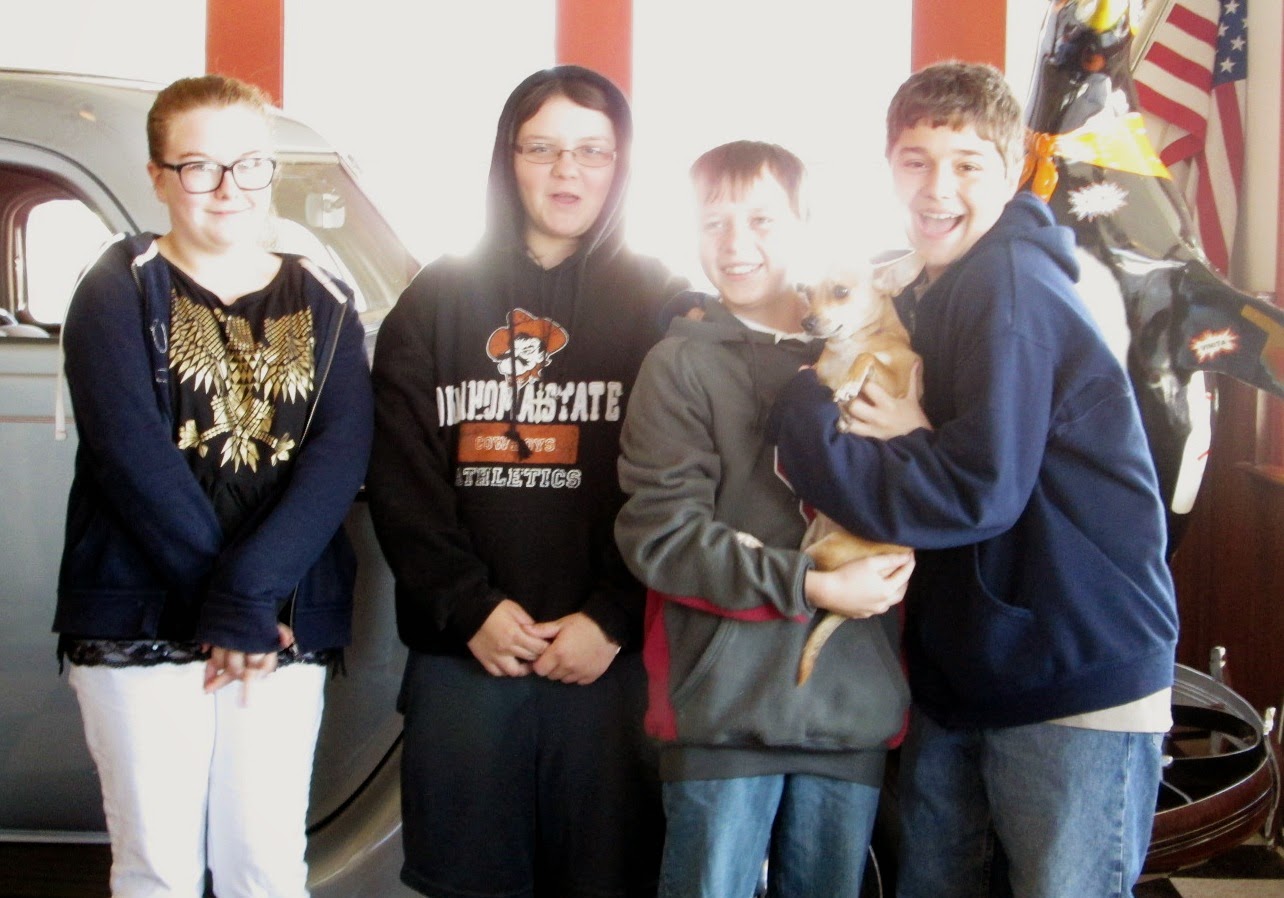 And where there are kids, silly stuff often ensues.  Today was no exception.  Creepy fun with our mannequin heads! 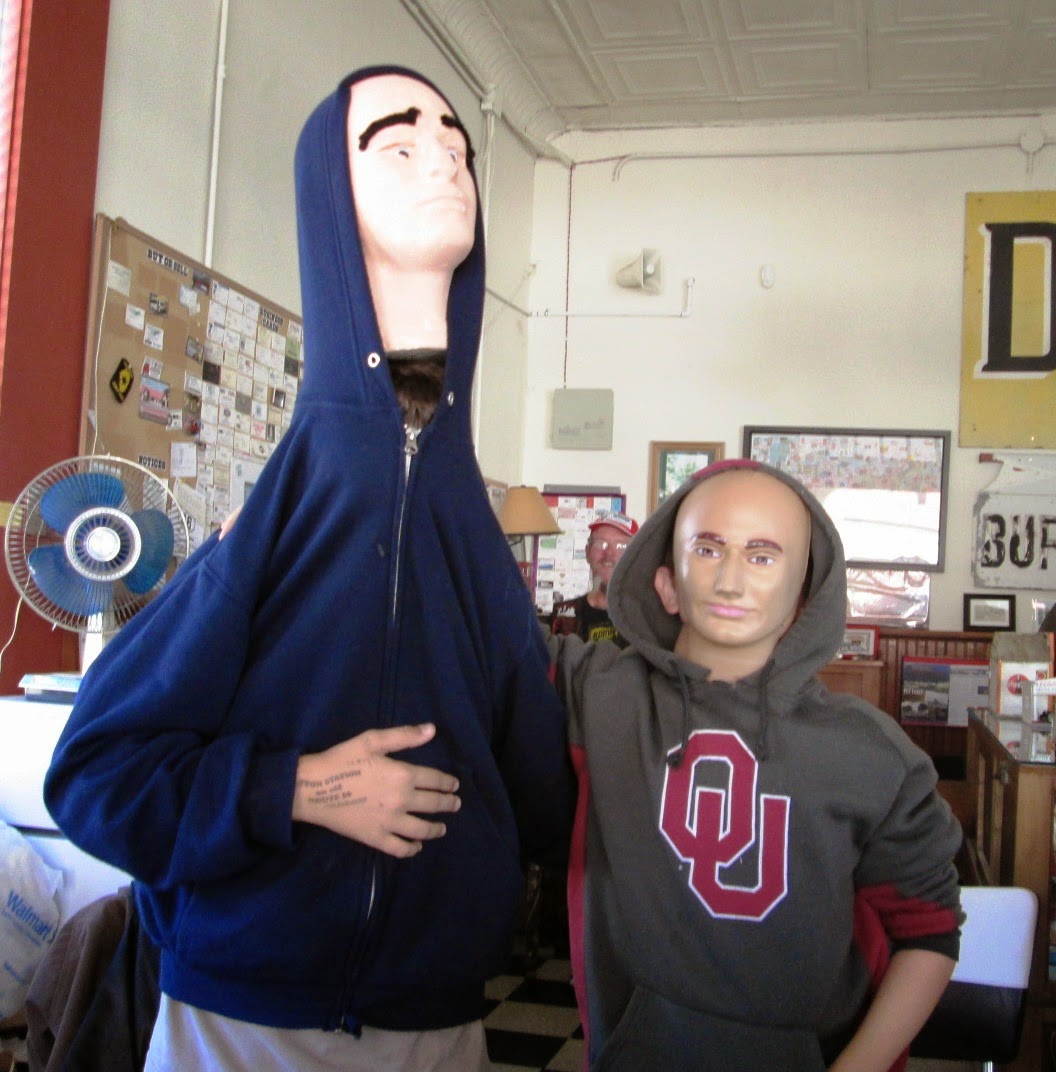 We had 26 visitors altogether today, including 5 people whom David brought to show the Station and treat to rides in some of the old cars.  To get to the cars he wanted, he had to move others around, so there was this chance for a good photo of my '90 TC Maserati.   It's for sale. Anyone want to buy it? 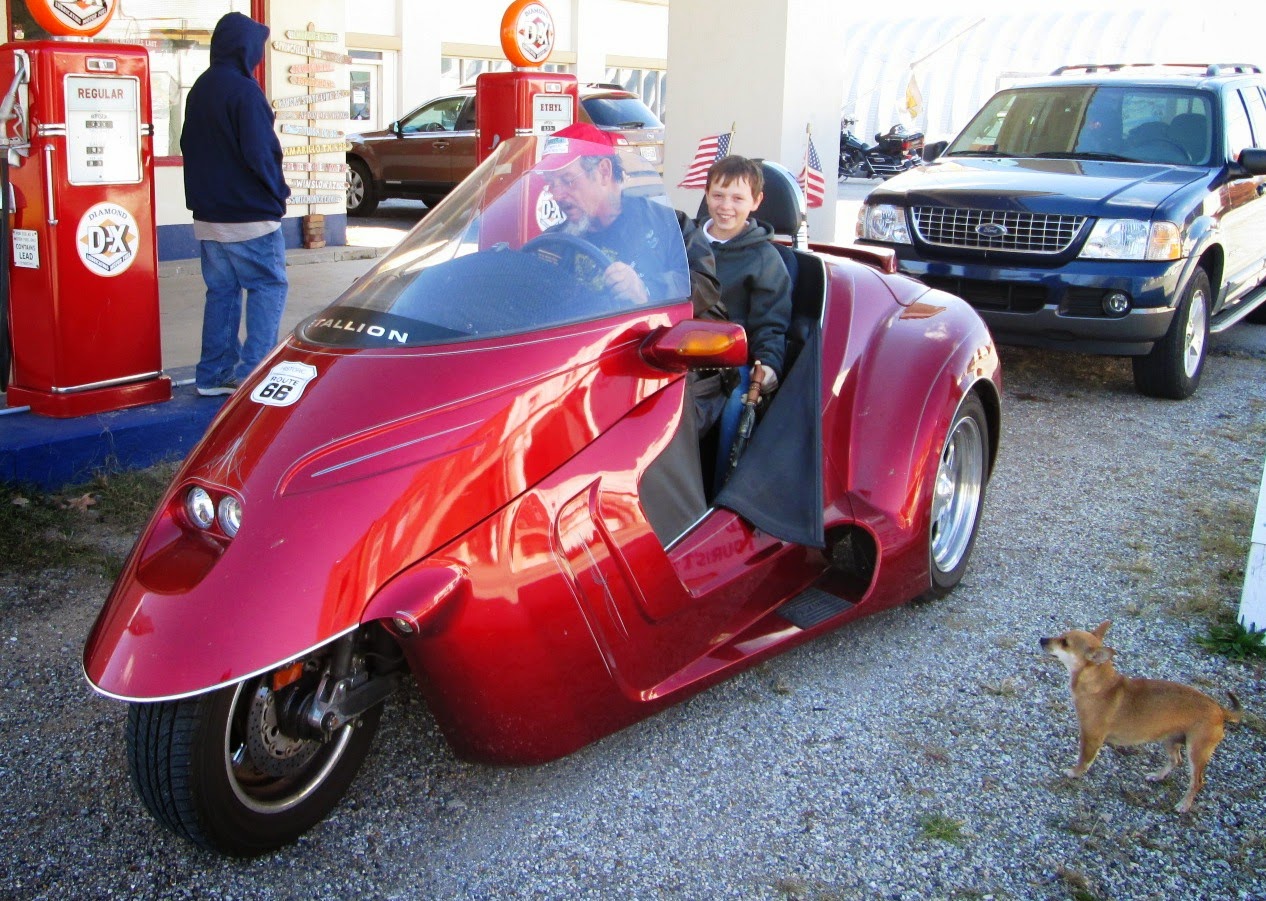 Tattoo Man dropped by and gave all the kids rides in his Stallion.  The kids were thrilled.  See Dolly looking on and wishing she could have a ride, too? 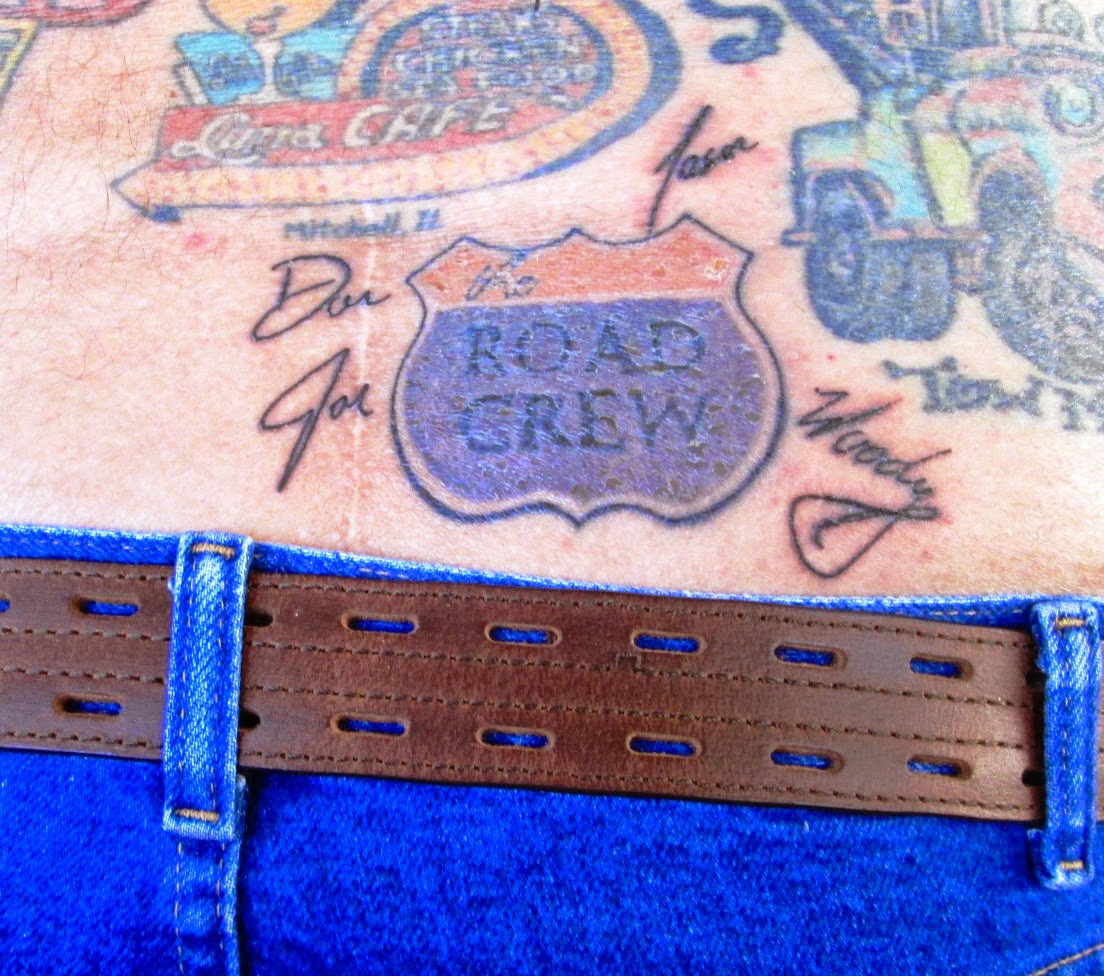 Tattoo Man got a new tattoo this week (surprise, surprise!) and asked me to photograph it for the blog so he can have folks see it here.   It's a tribute to the Road Crew, the official band of Route 66, with the signatures of the members of the group (Joe, Don, Woody and Jason) surrounding the shield.

Here's the family from Texas taking their turn at the penny smashing machine while their dog, Boomer, looks on. 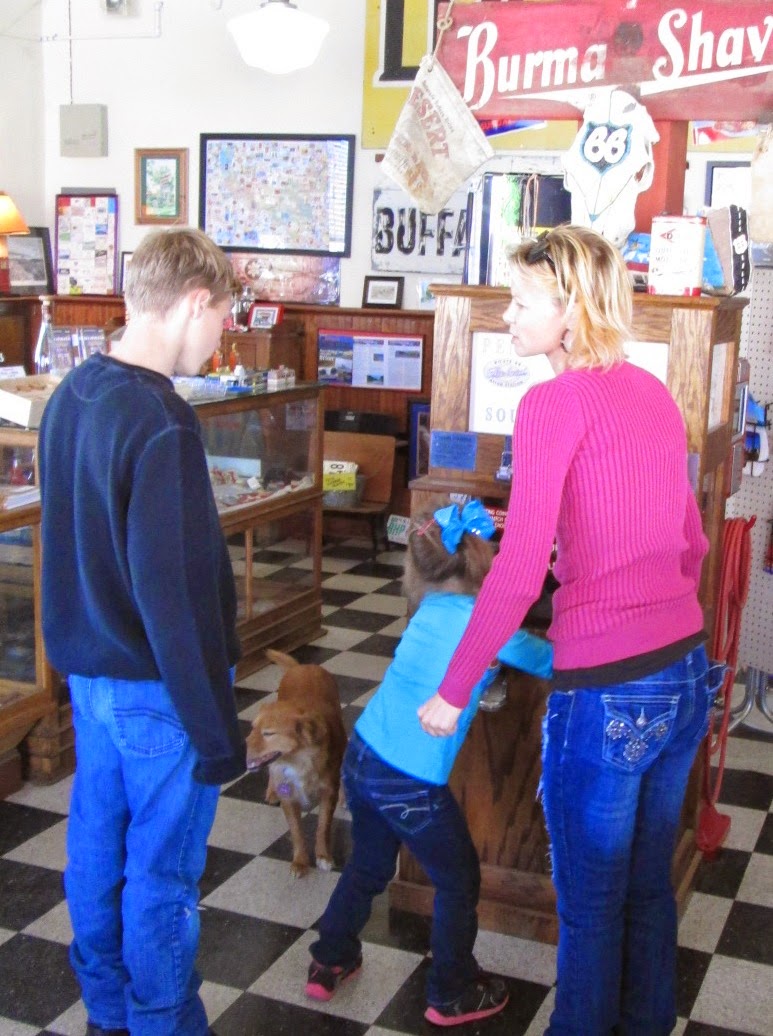 Next week will be our last week of summer hours, and after that we'll only be open on Tues., Fri., Sat., and Sun., although special arrangements can be made for other days if necessary.  So keep that in mind if you're thinking of coming for a visit.  If you have family in the area for Thanksgiving, they might enjoy seeing our little Route 66 and antique car museum, and we'd sure like to meet them!