Wine Corks, A Train Spotter, and the Usual Happenings at the Station

I love days like this.  They are interesting.  I get to meet a lot of fascinating people with interests far enough from mine to intrigue me.   Today Ron M. and I  had 17 visitors who came from Whistler British Columbia, Queensland Australia,  Denver Colorado, Miami OK, Fayetteville AR, Howard's Grove WI, Norman OK, Puerto Allegro Brazil, and Mooresville, IN.

These friends were doing Route 66 together, and a very diverse group they were.  They came from  (left to right) Great Britain, India, Canada, and Latvia!  All had been friends for many years. 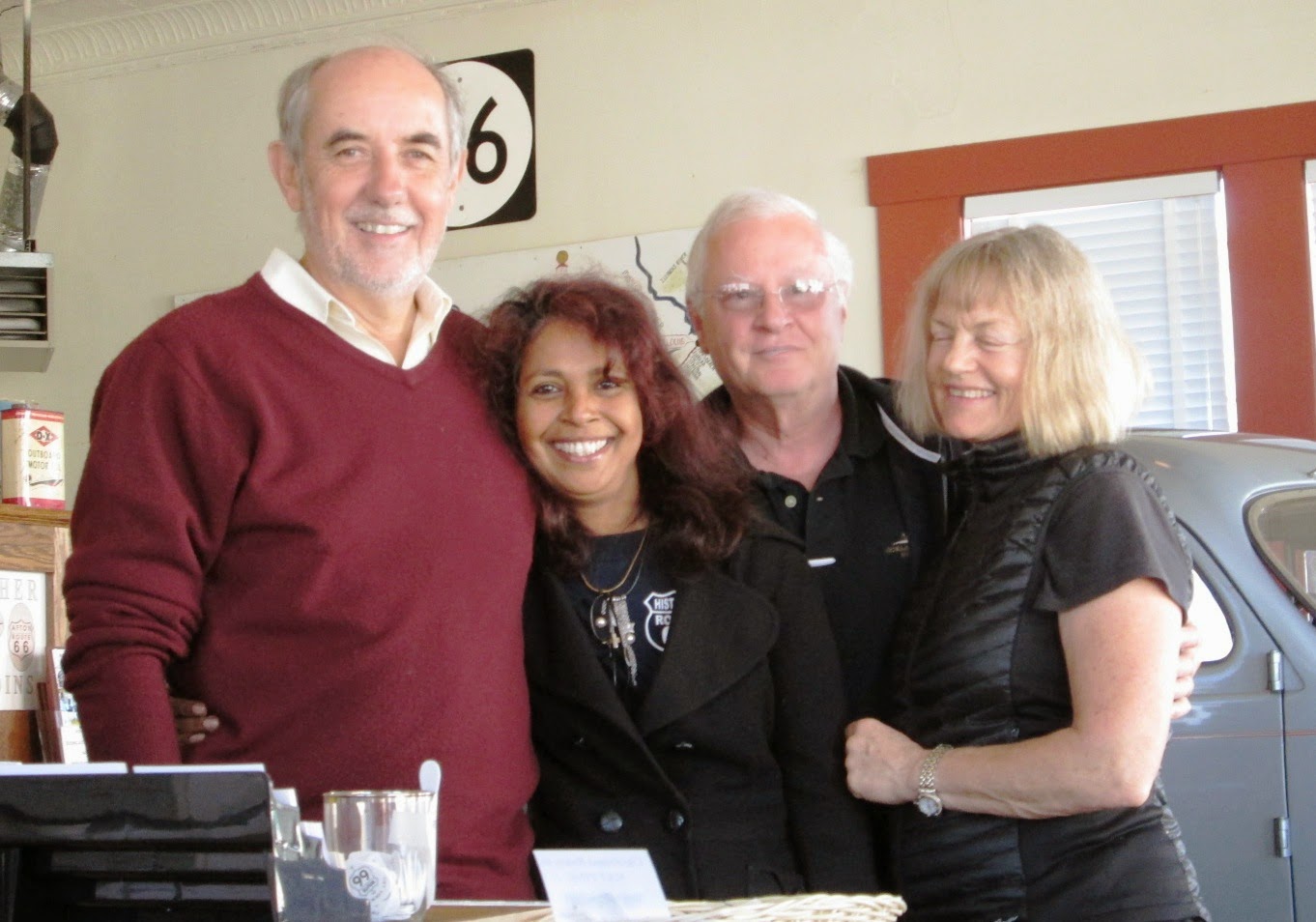 The gentleman from England has several interesting and rare Packards.   We established that we were both invited to display our cars at the 100th Anniversary of Packard in the late 90s.   Here's the photo he showed me of his Packard woody. 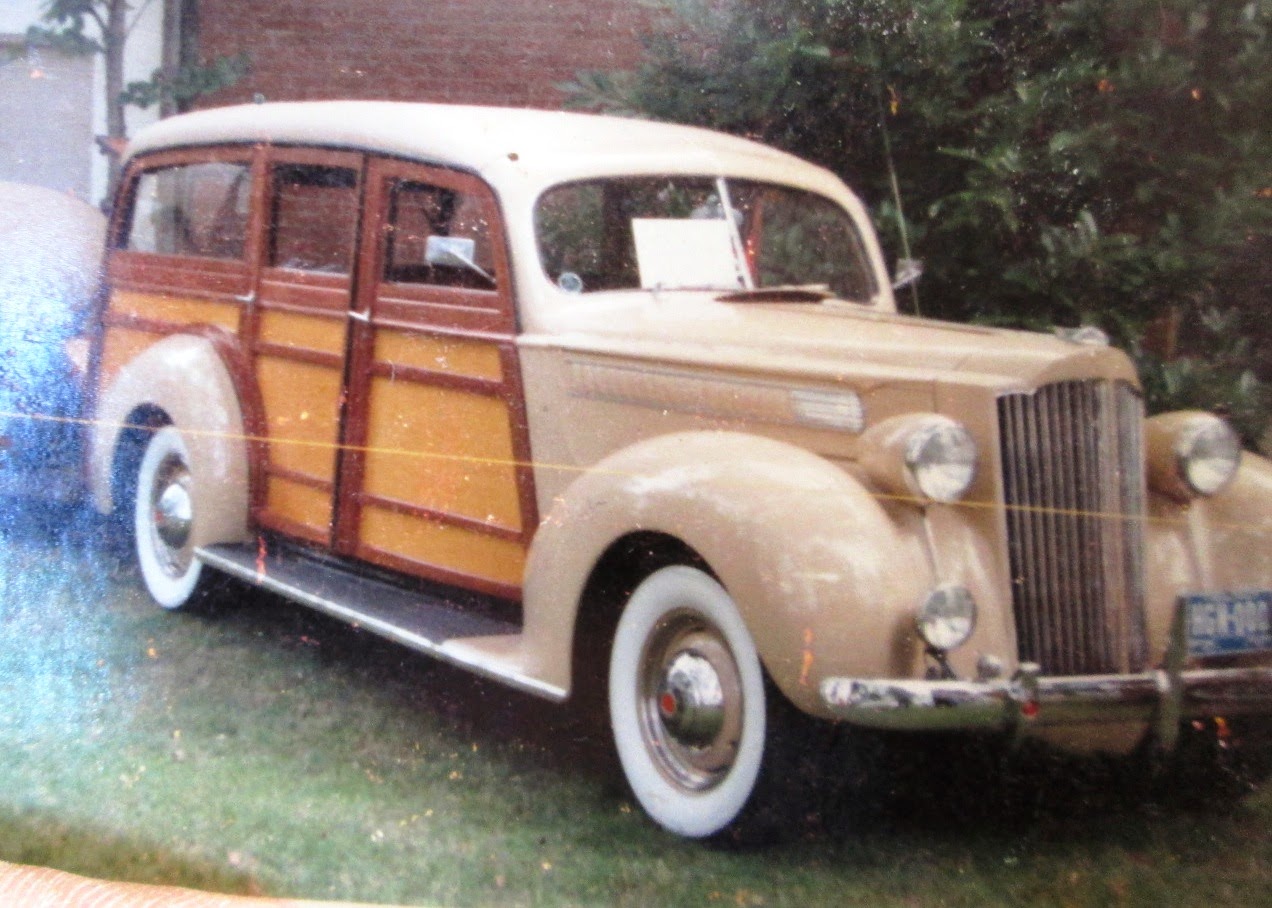 From Fayetteville, Arkansas came this train spotter.   He stopped in to see the museum, then asked if he could come back to Afton Station throughout the day to use the bathroom, etc. as he planned to make his temporary headquarters down at  the railroad tracks so he could photograph and video each train that came through Afton.  It's his hobby, along with his large model train layout.  He said he does this all the time in different small towns.  Now, that's a true hobbyist! 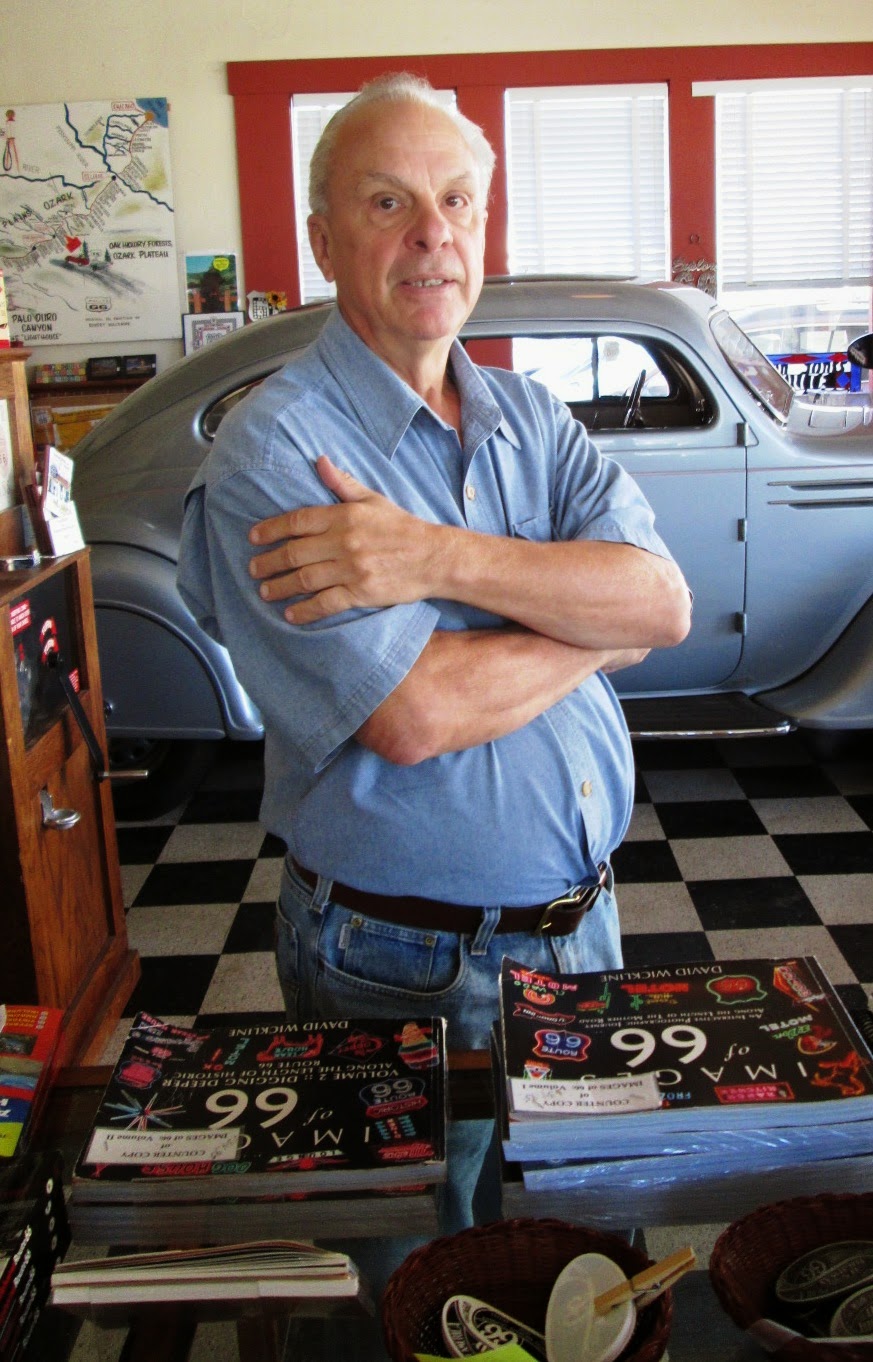 Route 66 friend Dean Kennedy from Indiana stopped by on his way to a Cuba, MO festival.  He  has a brand new enterprise, selling these clever wooden Route 66 wine corks.  I bought some to sell at the Station and I am counting on them selling very well.  They are laser etched wood with the Route 66 shield and one of the Route 66 states on each.   Stop by and check them out.  It was nice to chat with Dean for a while. 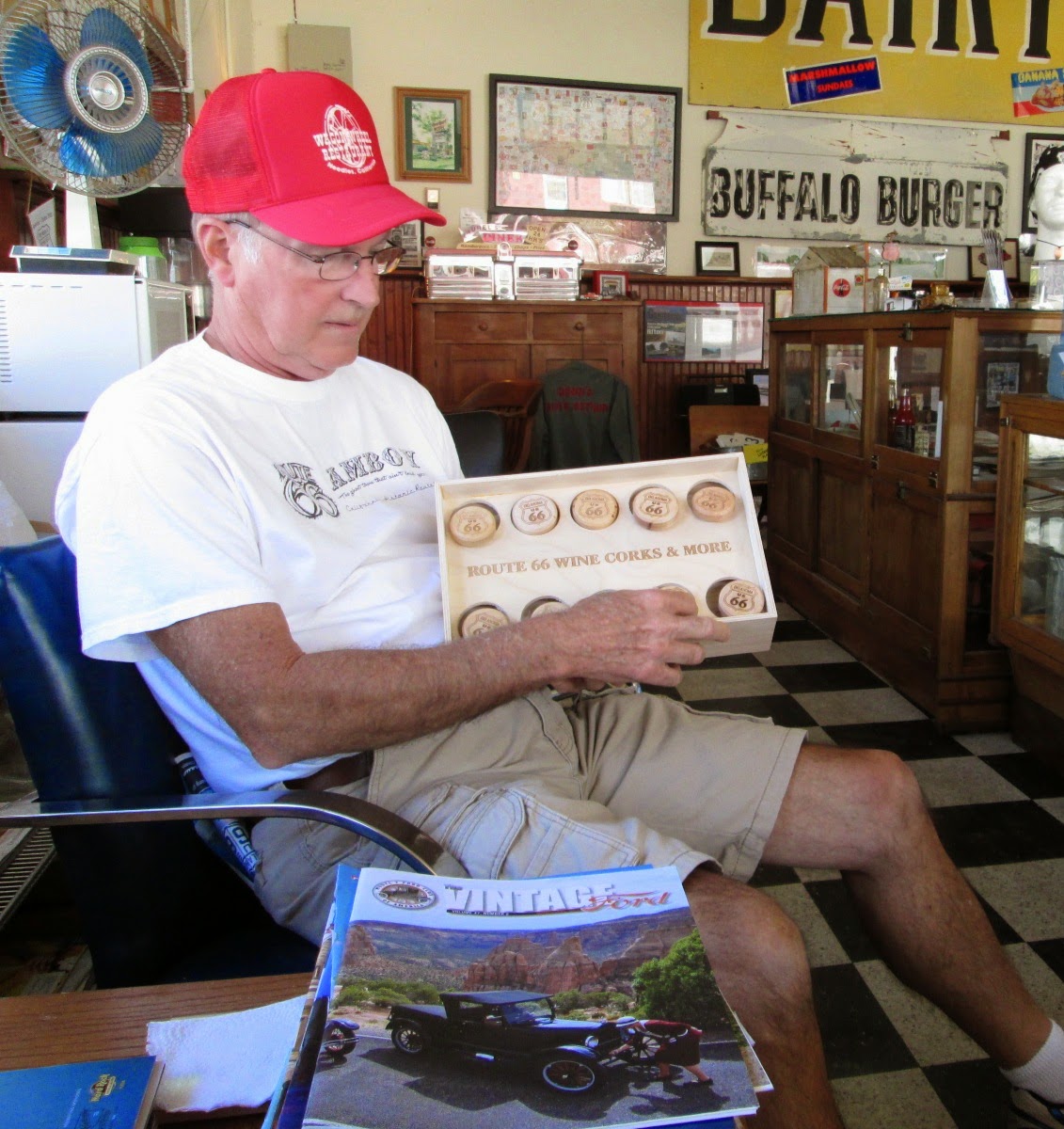 Although the Station will be open as usual this weekend and under the expert care of Robin and Sue, Ron M. and I will be attending the 25th Anniversary of the OK Route 66 Association celebration in Clinton, OK.  We are looking forward  to the short weekend getaway.  In my case, I haven't been away from home for   a few years.  The highlight will be when our dear friend Marian Clark is inducted into the OK Route 66 Hall of Fame.  Way to go, Marian!
Posted by Laurel at 6:08 PM