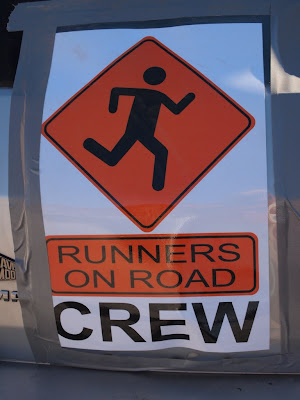 I got home around 9:30 Saturday night after cleaning up from the Super Marathon. The last runner came in a little after 7. I drove back to Tulsa, took Ron M. home, went to bed, got up, took a long, hot shower, went for a nice breakfast, then got back on the road to Afton around 6:45 a.m.
The countryside was enshrouded in fog as soon as I left the city limits of Tulsa. Then, just west of Claremore, I saw them. The runners! There they were, one by one emerging from the fog and darkness, with little blinking lights on their hats and covered in reflective tape, still running... running... running!
Prior to this, I must admit I was thinking that these long-distance runners must be a little crazy to want to indulge in this strenuous sport -- a very different breed from lazy me. But seeing them plod along in the cold, dense fog, strung out for miles, still running after 12 hours while I've been indulging my own comfort-based activities, moved me to tears. Whatever their motivation for doing this, they deserve nothing but my admiration and respect. Each and every runner got a headlight blink and a thumbs-up from me as I passed them, and surprisingly, almost all of them waved back!

More race photos by Brad at the end of this post.
_____________
Once in Afton, I spent part of the morning cleaning up what was left from Saturday's mob scene. My first visitors were a very attractive and friendly couple from Torino, Italy, traveling part of Route 66 as well as the Grand Canyon, NYC, and Niagara Falls. 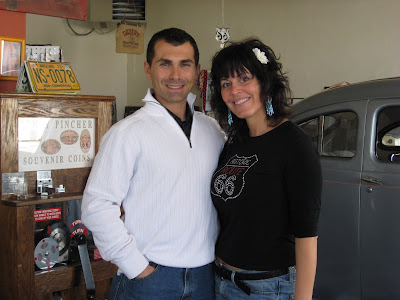 Later, a group from Grove High School came in to take some Senior pictures next to the old cars. Betty W. came in and helped me with the last of the cleanup, and Robin and Phil stopped in, too. The plumbers were here running the gas line to the new building, too. Since I was a little tired today, and since visitors stopped coming around 2 p.m., I closed up 20 minutes early and drove home.

Here are a few more of Brad's great photos of the race. 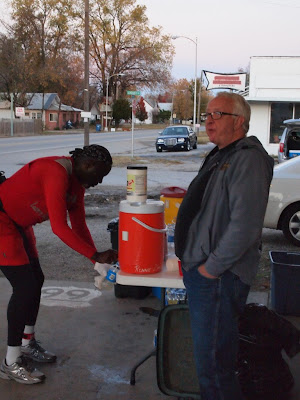 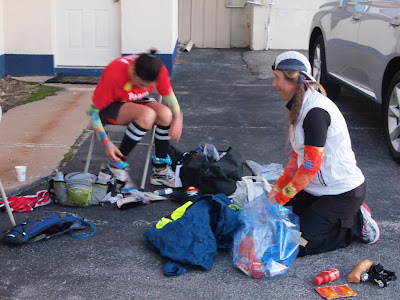 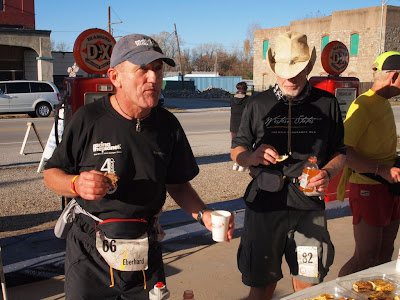 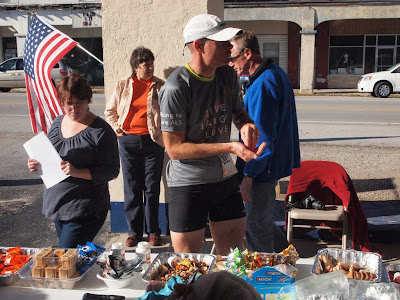 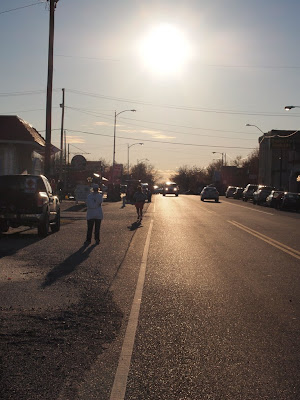