Another beautiful day -- cooler, yet sunny and clear -- and Ron M. and I decided to take a little jaunt to Joplin.  We'd already been there once to view the terrible ruins from the tragic May 22, 2011 tornado, but this time we wanted to see for ourselves the seven homes built there (in seven days!) under the auspices of the TV show Extreme Makeover with the help of  thousands of volunteers from all over the country.

Although we were somewhat pressed for time, we made a quick stop in Baxter Springs, KS to take a photo of the new gas pumps just installed at the former Phillips station which is now the Route 66 Information Center there.  Very nice!  Congratulations to the folks from the Kansas Route 66 Association.  The whole property looks great! 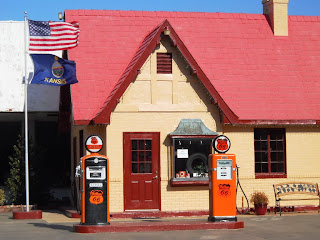 Here's what one sees when driving into the tornado-torn area of Joplin.   This is a very small segment of the seven square miles of devastation.  The poles indicate that electricity has been restored to the area, but so far there are very few places where it is being used.  A few houses are under construction right now, and a few are completed.  However, there are still thousands of bare lots that once held homes.  It's a sad and almost unbelievable sight. 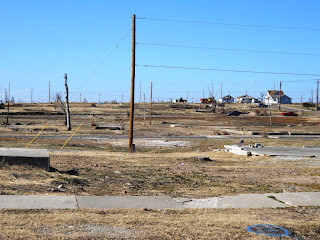 On one of the higher elevations amid the wreckage, Extreme Makeover constructed these seven homes for seven families who lost everything in the storm.  Two of the families lost small children.  It's such a sad story.  The homes are all very different and quite nice.  They're well landscaped and have garages accessible from a rear alley.   They are definitely a symbol of hope for the city. 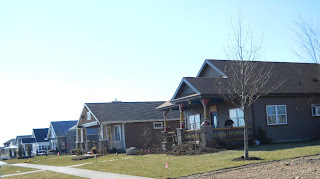 And speaking of hope, here is the Hope Wall on Main St., a spontaneous collection of Joplin citizens' thoughts on the impact of the tornado.  There are some large graffiti-like offerings as well as hundreds of expressions of hope, faith, and dreams scribbled on individual bricks. 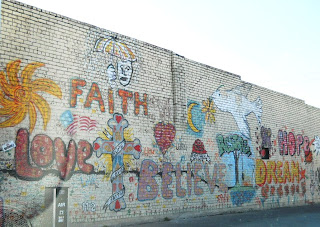 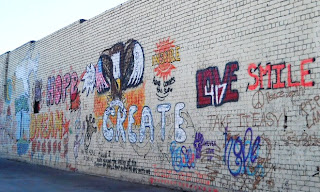 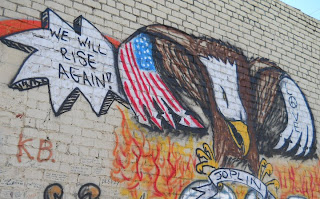 Finally, here is the Middle School.  There isn't a single window that wasn't broken by the vicious wind-borne flying debris.  The high school was destroyed completely, and the big regional hospital has also been devastated. 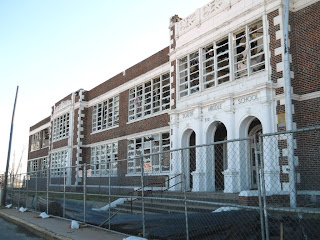 A visit to Joplin, which used to be my old stomping ground, never fails to move me.  I remember those streets full of small but well-kept houses, and those stores at which I did most of my shopping.  They are all gone now.  But I have no doubt that the city will rise again, and it appears that the restoration has already begun in earnest.
Posted by Laurel at 5:04 PM

Thanks for sharing these pictures with us. The devastation is almost incomprehensible.

Buy Car In JoplinGreat You have a very nice webdesign here on your page i like it very much and have add your blog to my favoritesThis is a really excellent read personally, Must admit that you are one of the finest bloggers I ever saw. We truly stumbled about this on yahoo, and im happy Used to do. I’ll definitely be coming back again.