How I Spent My Christmas Vacation

Yes, Christmas was kind of lonely, but thanks to several occurrences, not as bad as I'd anticipated. I cancelled my Open House because some people had already called in their regrets, and I didn't want to endanger the others who were willing to try to slip and slide to get here. In the morning, my daughter and son-in-law called and, for the second year in a row, we opened gifts on speaker phone. We will meet after the new year in person so we can celebrate Christmas together then, but for now, we get a kick out of opening while on the phone. This year, they gave me something I've been wanting for about 10 years (as my friends know, because I'm always whining about it) -- a Kitchen Aid mixer! And it's in the color of my kitchen! 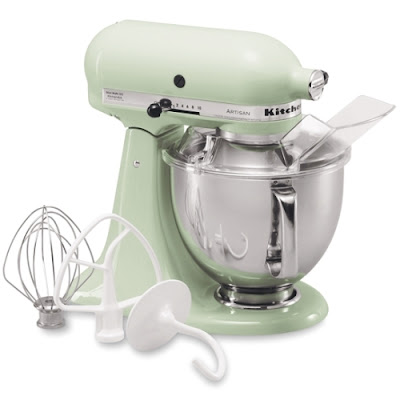 Ron M. suggested I try Craig's List to find someone to plow out my driveway, since I have to get out at 5 a.m. tomorrow to go to dialysis. There was only one listing, and they turned out to be two great guys (father and son-in-law) who had both lost their union construction jobs earlier in the year and now were freelancing, doing just about anything. They were amazing workers -- really put the muscle to the shovels, and now I'm ice-free on the driveway, and they cleaned off my car, too. I paid them and gave them the 2 pounds of shrimp I had bought for the party. I think we were all happy.
_____________
I wrote all of that yesterday. It's Saturday now, I'm home from dialysis after a slippery drive. I wish the sun would come out and melt some of this ice on the roads. Since it's Saturday, there weren't many cars out there, but there was one maniac that passed me in a pickup truck going about 50 in a regularly 35 MPH area. Today, he should have been going about 25. I got over the big hump of snow in the street at the bottom of my driveway, and they cruised right up the hill without a problem, thanks to those two shovelers who saved my butt yesterday. I plan to stay home for the rest of the day.
Sarah and Matt gave me a 3-CD box set of old Julia Child TV shows. This is the perfect way to spend Christmas alone. They're great. I'm learning -- or maybe relearning -- things I once learned from Julia many years ago but had forgotten. Pommes Duchesse, here I come!!! 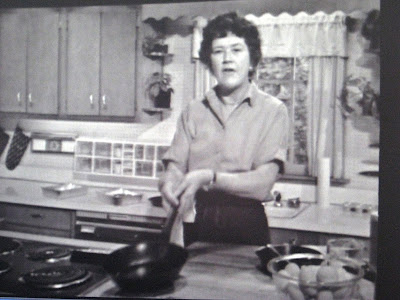 Enjoy the mixer. Glad that you found someone to clean the driveway.

Kitchenaid mixers are made in Darke County Ohio. So was I. The only assembly line job I ever had was with Kitchenaid the summer after high school. My dad retired from there. For many years, a standard family wedding gift was a Kitchenaid mixer that everyone chipped in on and Dad bought at discount. I got one for my first wedding (exactly 43 years ago today) but it took off with my wife. It's probably still running somewhere.

Thanks for the interesting info about Kitchenaid, and your family history with the company. I know they're wonderful, reliable machines and I'm so happy to finally have one. (Actually, I don't have it yet. The kids didn't want to mail it, so I'll pick it up when I meet them in St. Louis in late January). After that, the first thing I want to make is bread. I'm so excited that I've already cleared a place for it in my kitchen. It doesn't take much to amuse me, I guess.

There's more where that came from and you've made the mistake of expressing interest. The old GC Murphy store (another story) in Greenville, OH, has become the Kitchenaid Experience. Basically an outlet store but with cooking classes and such. I'm not much for it but I suspect you'd like it. Tour buses stop there. You can tour the factory, too. It's now a big fancy place but one of the old not so fancy factories is now a pretty cool restaurant.

Thanks to Sarah and Matt I assume I'm now "off the hook" for entering those contests for you on the Pioneer Woman site when she gives away Kitchenaide mixers! LOL!

oh I want a stand mixer so bad!!! Hope you had a Merry Christmas!!!

The Kitchenaid Experience sounds like a road trip for me! I enjoy factory tours too, so I think I could spend a day in Greenville.