Variety was the word of the day at Afton Station today!   There was a lot going on, making the day go very fast.    LaSandra Nickson rode along with Ron M. and me so that we could work on some badges for the Oklahoma Route 66 Association, so she got to be part of the chaos. 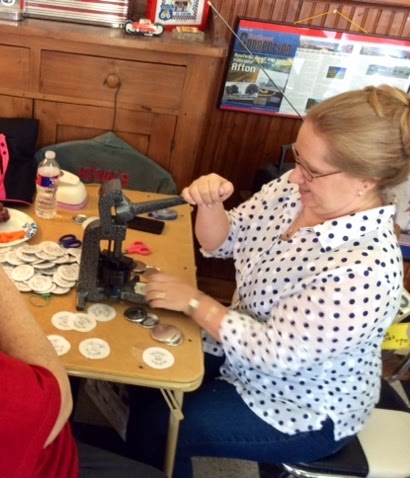 Meanwhile, David and Marly were around most of the day, moving cars around. . . . 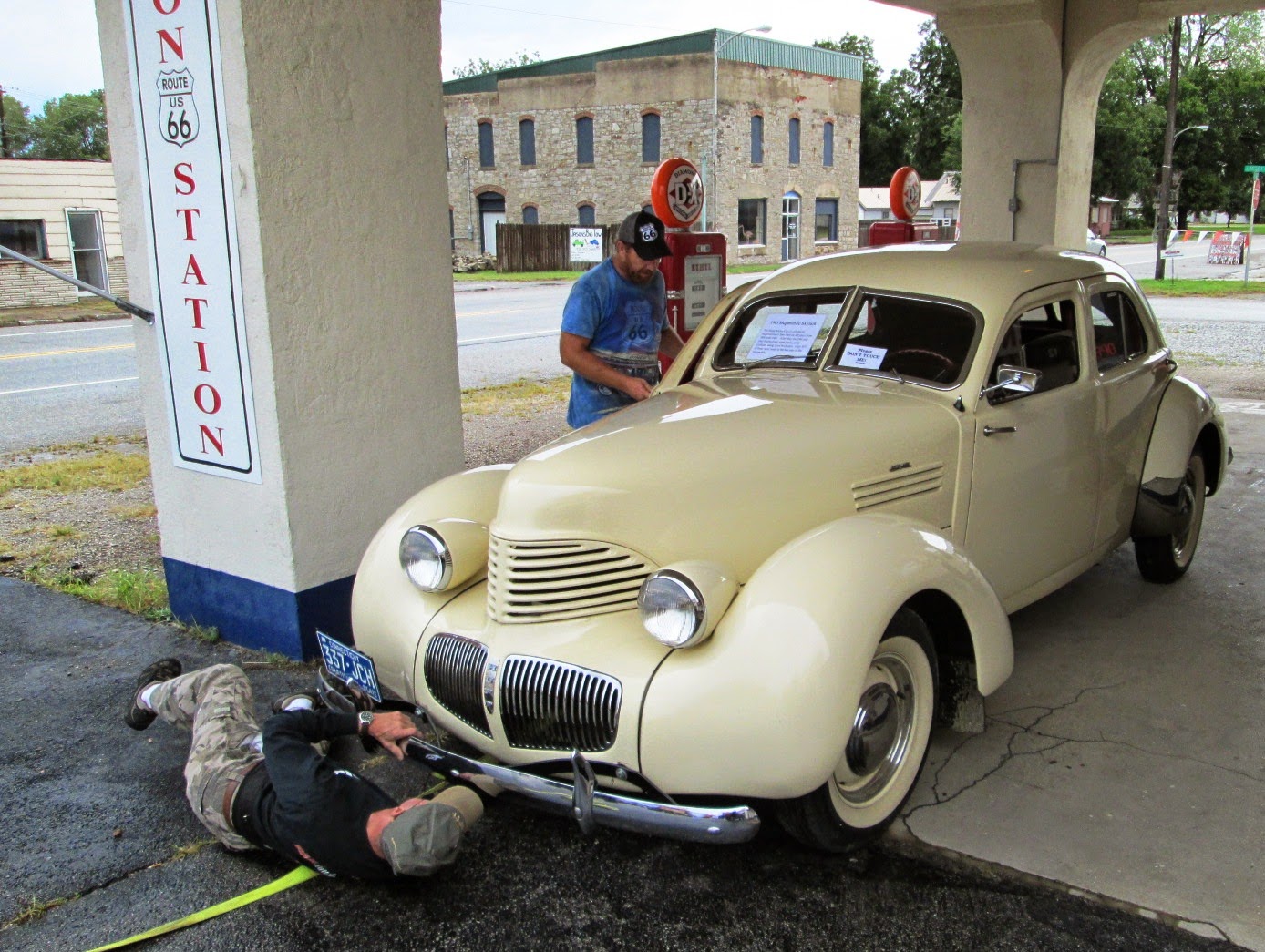 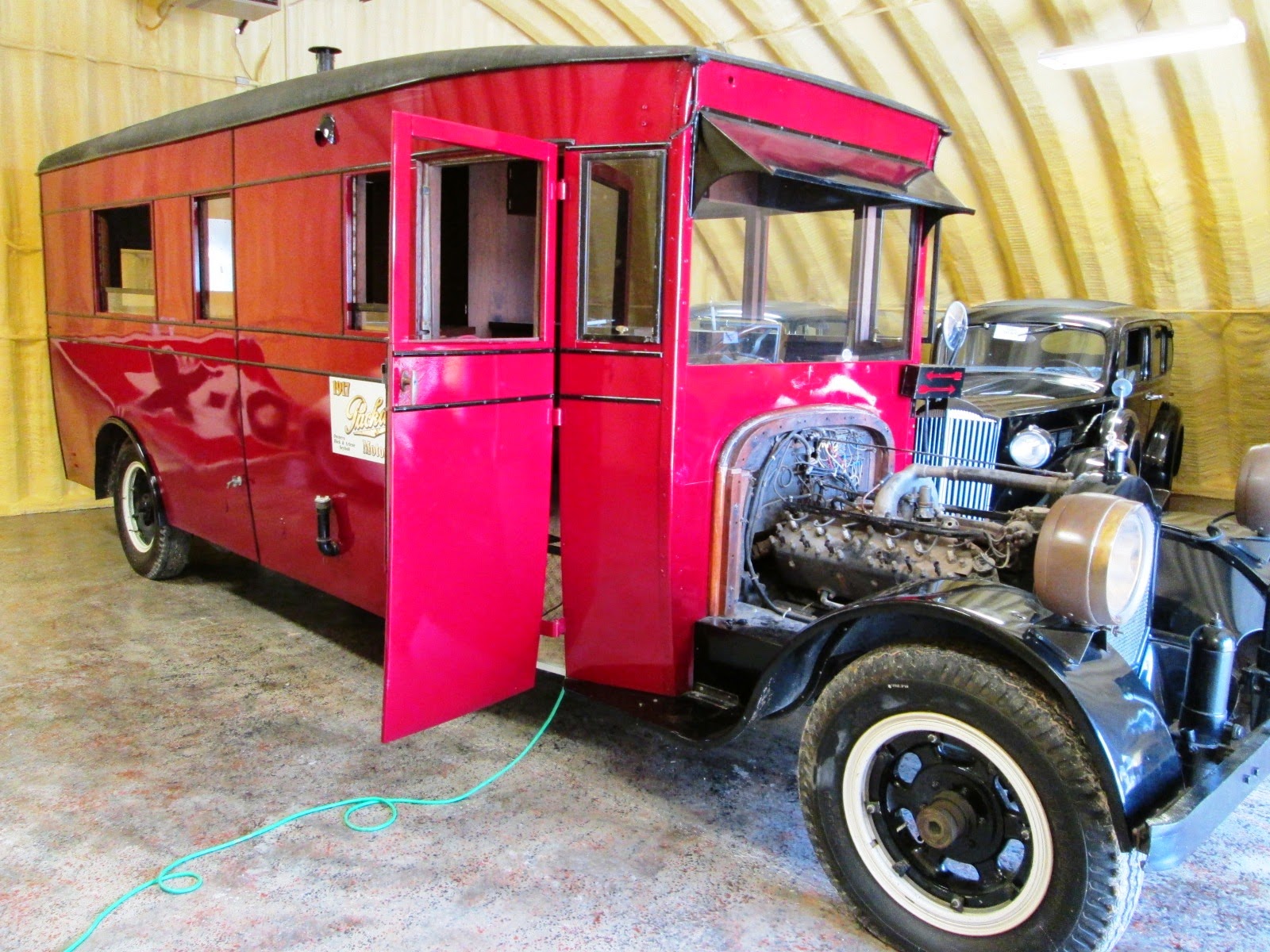 . . . while a gentleman named Mark Rogers of the Miami News-Record arrived to interview me for an article in next week's edition. 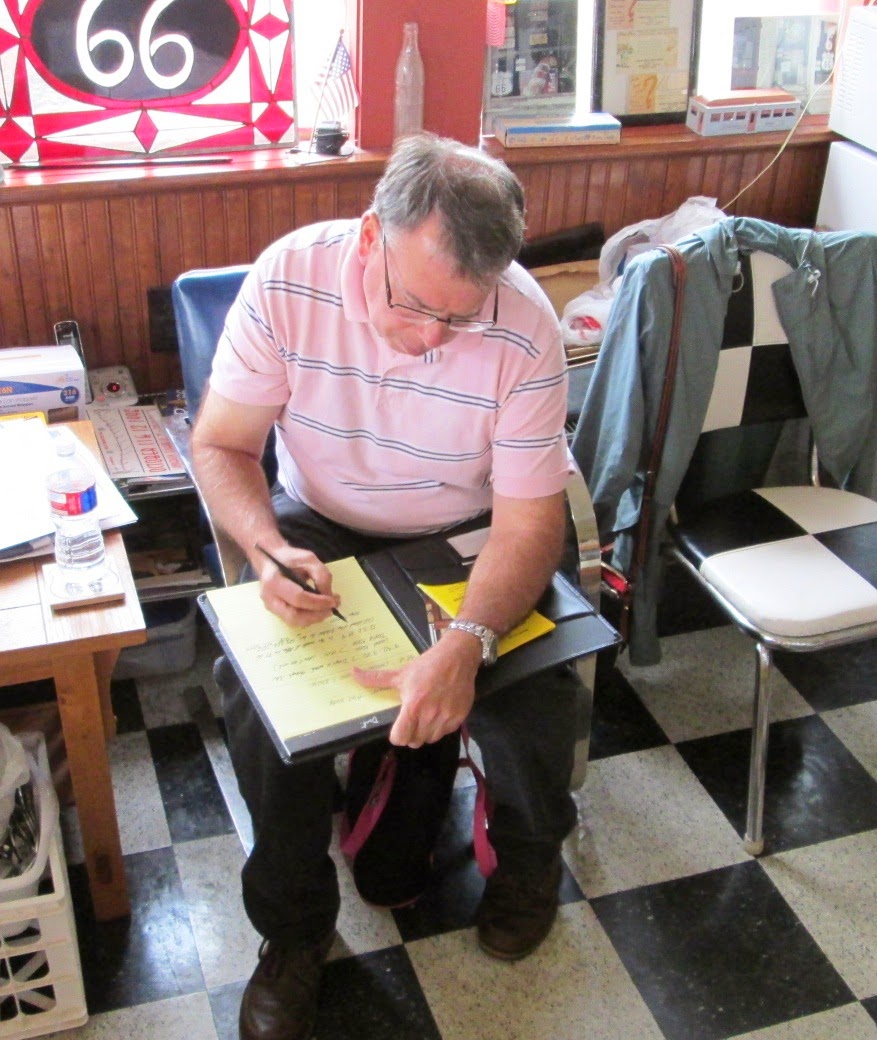 Of course, we  had a parade of visitors as well.   Eleven of them came while we were still there, but I just got a message from Marly, who was staying to work a bit longer, that another 12 arrived after we left!   The early arrivers came from Pensacola FL, Shell Knob MO, Plattsmouth NE, Strongsville OH, Einriedeln Switzerland, and Manchester England.  Later, Marly greeted folks from Brazil, Spain, the UK, and Illinois. 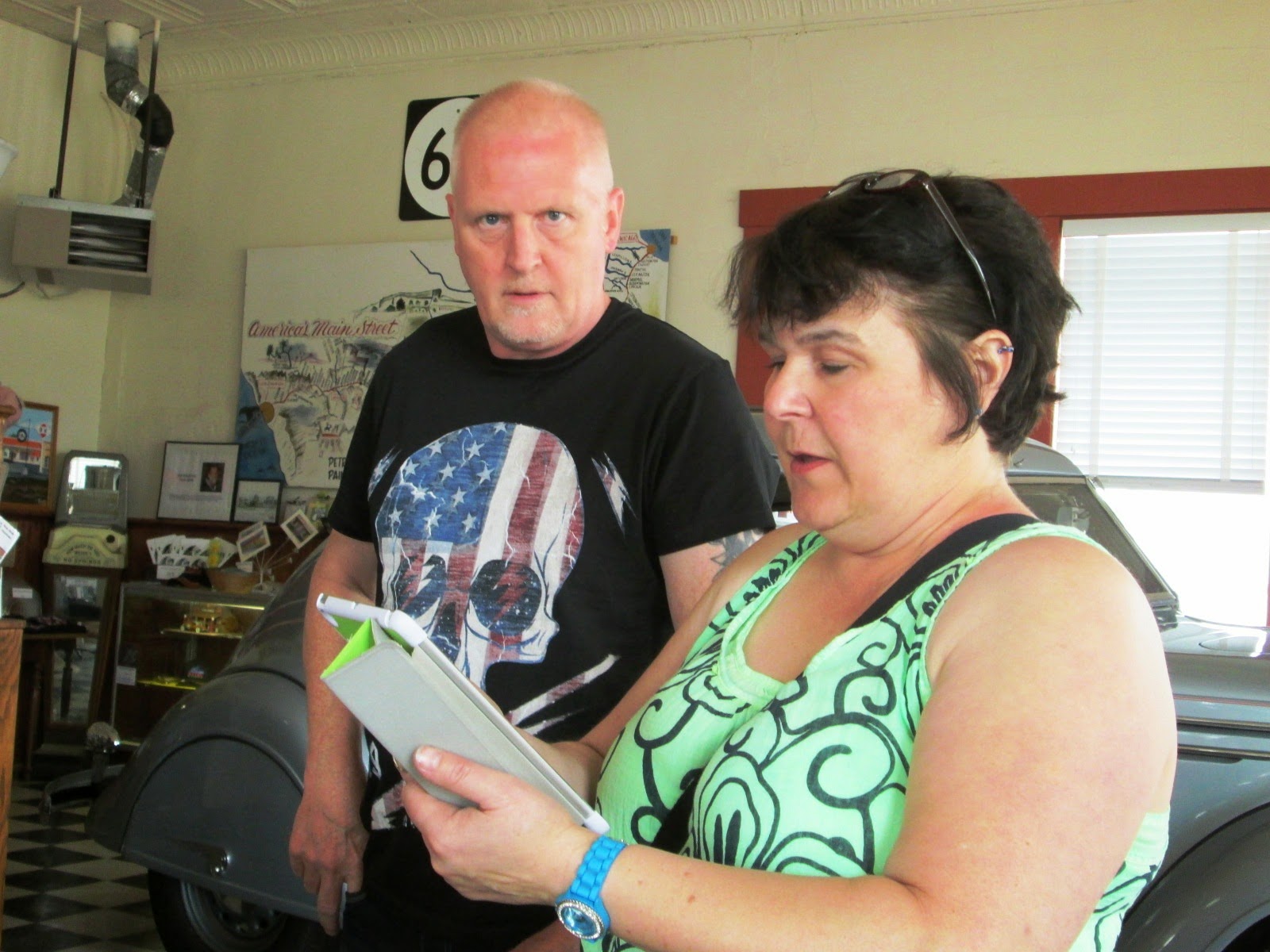 The couple from Manchester, England had a rather traumatic start to their Route 66 trek.  On the very first day out, they were sideswiped by a pickup truck on the interstate and ended up in a ditch with a totaled rental car.  They came out of it unscathed (except for his bruised thumb), but what was left of the car had to be hauled back to St. Louis and they rode along in the tow truck.  With a brand new rental, they started out again this morning, and so far, so good.  We wished them well on their continuation down the Mother Road.
Robin took this photo yesterday.   Look who came to visit. . . Thelma and Louise themselves. .  or so they claimed.  Hmm.... could be that these two are imposters.    (Ha ha...) 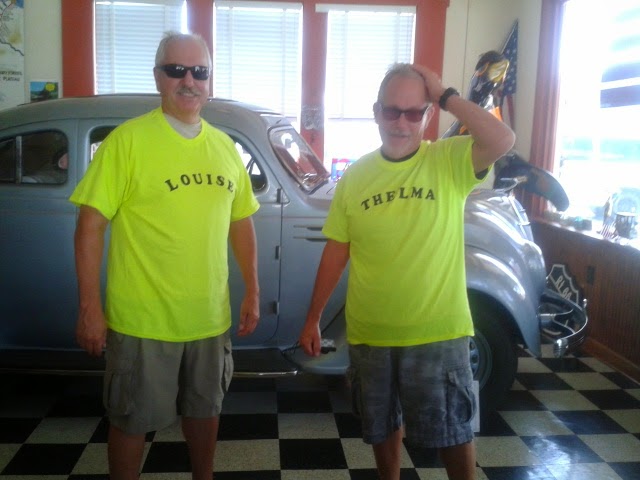